'Growth is not a value in itself'

IS GROWTH itself really an unambiguous value? Doesn’t growth have quite a destructive influence on the markets if some kind of balance is not also pursued? These are the questions that Torsten Leue hopes CEOs, managers and shareholders worldwide will ask when seeking responses to the global economic downturn. The chairman of the board of directors of insurance giant Allianz – Slovenská Poisťovňa also believes that the tougher economic times will make clients of insurers more focused on their needs. 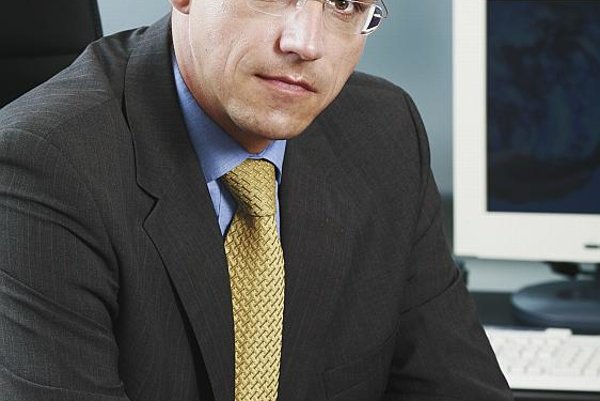 IS GROWTH itself really an unambiguous value? Doesn’t growth have quite a destructive influence on the markets if some kind of balance is not also pursued? These are the questions that Torsten Leue hopes CEOs, managers and shareholders worldwide will ask when seeking responses to the global economic downturn. The chairman of the board of directors of insurance giant Allianz – Slovenská Poisťovňa also believes that the tougher economic times will make clients of insurers more focused on their needs.

The Slovak Spectator spoke to Torsten Leue, who was recently elected president of the Slovak Association of Insurance Companies, about the challenges brought by the changing economic environment, the ageing of the population and insurance fraud.

TSS: How has the global economic downturn affected the insurance sector in Slovakia? Could the sector benefit in any way from the changing economic environment? Has the crisis bought new insurance products to the market?
Torsten Leue (TL): We are talking about a crisis of trust. Banks globally started to mistrust each other and were not lending money to each other, which could have led to a meltdown in the financial markets worldwide. We can now see the impact in many areas of the ‘real economy’. Our industry is all about trust by the client – which is to guarantee one’s money over a lifetime and allow one to provide security for one's family in case of unforeseeable events. Now I see more demand for classical life insurance products which give customers all the safety they need. In the non-life insurance sector, especially in the area of property insurance, I believe that we will see more innovation as clients need to protect their property, especially in times of crisis.

TSS: Has the global economic downturn made corporate clients and private customers focus more on specific insurance products?
TL: Clients are generally more focused and are looking more intensively at their needs. I think that this is a good development as it will put more pressure on the quality of services and products in the future. It is clear that a corporate client wants to be more than carefully protected, because in a challenging economic environment it will rarely recover big uninsured losses out of its annual economic results.

TSS: Your company has suggested that the economic downturn might potentially increase the number of insurance frauds. Has this warning been borne out? What segments of the insurance market are most likely to be abused? And are insurers well-prepared to face the potential growth in this trend?
TL: Logically, in an environment where there is a lack of funds, attempts at fraud increase. Detecting these attempts is part of each insurer’s business and if insurers allow fraud attempts to grow they endanger the whole idea of risk- sharing in insurance. Just as I believe all other companies have done, we too have intensified our audit activities. However, so far we have not recorded any dramatic increase in attempted insurance fraud.

TSS: What are the specifics of the Slovak insurance market when compared with other countries, given your extensive foreign experience? Are there any? And what are the most significant changes that the Slovak insurance market has been through?
TL: If you look at 2008, you will clearly see that nearly 40 percent of the companies failed to produce positive financial results at the end of the year. Compared to many other insurance markets, this is quite unique. As I said before, such a scenario is not sustainable as you endanger the whole idea of insurance. I believe as well that the financial crisis, along with being a crisis of trust, is also a challenge pertaining to the whole system. How far can turbo-charged capitalism go? Is growth itself really a value or do we not see many destructive influences while following the growth-only path? Examples can be seen in industries like the automotive, banking, and insurance. In my opinion, increasing growth is not a value in itself. It is somewhat a human desire which can result in destruction at the end. We will see in the future how shareholders will behave in tackling this issue.

TSS: Ageing of their populations has forced several countries worldwide to take a closer look at their old-age pension systems and social insurance. Are pension systems in the central European region ready to face the challenge of this demographic development? How do you think this continuing trend will change old-age pension systems?
TL: It is clear by now that European countries face demographic problems and the pressures will grow even stronger. Besides, in many countries young people are unemployed and thus they simply cannot find jobs to support the ‘generational contract’ idea of the state pension system. I think this phenomenon is a continuous challenge and if you look at developments around the world, the question of to what degree the state can afford to subsidise the pension system grows ever more important. Somehow, it is always better in life to stand on two legs instead of just only one, especially when it comes to your old-age provisions.

By the way, the countries of the central and eastern European region are frontrunners in applying the two pillar system [where private and state pensions are combined] compared to western European countries. I am sure if the CEE region continues with this speed of implementation it will pay off significantly in the long term when it comes to the investors making decisions about investments.

TSS: The government of Robert Fico has made several changes to the second pillar of the country’s old-age pension system. After re-opening the pillar for people to leave, the government decided that the fees pension fund management companies charge clients to administer the funds would be cut. How do these frequent changes affect the second pillar in your opinion? Could they potentially change the investment plans of pension fund management companies in Slovakia?
TL: Generally I have to say that Slovakia is among the frontrunners in creating the second pillar system. For sure, changes in the long-term commitment of investments are challenging for companies in this market. The consequences of the changes are up to the shareholders. I will not speculate about their plans.

TSS: What areas of the insurance sector have the largest potential in Slovakia?
TL: As I mentioned before there is still a remarkable gap in the field of life insurance between Slovakia and other countries. I think we will see growth in this segment over the long term.

TSS: How has the former state-run company Slovenská Poisťovňa changed over the past seven years? What were the biggest challenges of restructuring such a large state monopoly?
TL: It is better if our clients tell me about it. Nevertheless, the key was to bring two company cultures together. While it may sound easy, anyone who has ever managed a merger will understand what I mean by bringing the company cultures closer. Thanks to the process, however, we operate more efficiently today, which gets reflected in our economic results.

When it comes to our internal processes and service, we look at independent research to tell us in which areas we are frontrunners.

Of course we should feel proud, but not relaxed. Clients expect more from their company than trust, especially in the current times.