And now to Europe…

THE HEAT of battle that raised a little excitement in the Slovak political scene during the presidential campaign will not have a chance to cool down completely before parties from all parts of the political spectrum start their preparations for another round of elections. However, low voter turnout threatens to make these a somewhat less nail-biting occasion. 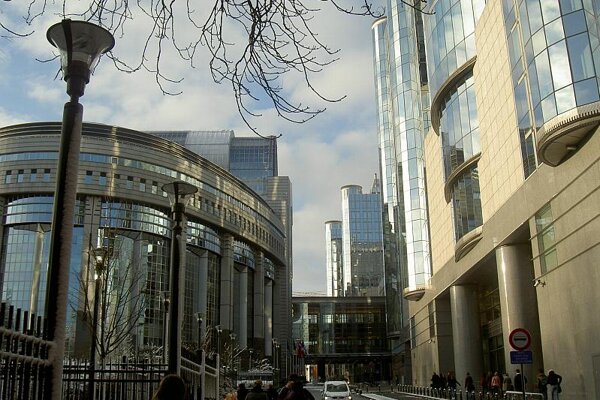 THE HEAT of battle that raised a little excitement in the Slovak political scene during the presidential campaign will not have a chance to cool down completely before parties from all parts of the political spectrum start their preparations for another round of elections. However, low voter turnout threatens to make these a somewhat less nail-biting occasion.

The citizens of all 27 member states of the European Union will have the chance to elect their representatives to the European Parliament (EP) between June 4 and 7, 2009; the MEPs selected will then serve five-year terms from 2009 to 2014. In Slovakia, the elections will take place on June 6, with political parties competing for the 13 seats allotted to Slovakia in the EP.

The first European elections in Slovakia took place in 2004, just a few weeks after the country joined the EU. A turnout of less than 17 percent of eligible voters pushed Slovakia, along with fellow newcomer Poland, to the bottom of the list of countries based on active voter involvement.

According to a Eurobarometer survey carried out in spring last year, only 15 percent of respondents said they would definitely go to cast their ballots in the 2009 EP elections. The EU average is 30 percent. However, according to Robert Hajšel, the director of the EP Information Office in Bratislava, the old EU member states, where European elections have been taking place for decades, are also struggling with the low voter turnouts.

“[This is] despite the gradually rising powers of the European Parliament,” Hajšel told The Slovak Spectator.

In spite of the low public interest in EP elections, experts often talk about them as a small-scale test of the support for political parties before the national parliamentary elections scheduled for 2010.

Slovakia forms a single electoral constituency for the purposes of the EP elections, from which all 13 MEPs are elected proportionally based on the total number of votes recorded for each political party or grouping.

The Central Election Committee has registered 17 parties to run in the EP elections: all three parties of the ruling coalition - (Smer, the Slovak National Party (SNS), and the Movement for a Democratic Slovakia (HZDS) – the parliamentary opposition parties – the Slovak Democratic and Christian Union (SDKÚ); the Hungarian Coalition Party (SMK); the Christian-Democrat Movement (KDH); and the Conservative Democrats of Slovakia (KDS), who have submitted a joint candidate list with the non-parliamentary Civic Conservative Party (OKS) - and other non-parliamentary parties including the Green Party, Democratic Party (DS), Communist Party of Slovakia (KSS), Liga, Party of the Democratic Left (SDĽ), Free Forum (SF), Roma Initiative of Slovakia (RIS), Misia 21, and Freedom and Solidarity (SaS).

Number three on the list of candidates is Monika Flašíková-Beňová, a serving MEP for Smer and previously the party’s vice-chairman, who has criticised Fico for entering into the current coalition with the SNS, something which has also attracted criticism from the Party of European Socialists (PES) grouping in the EP.

“There is nothing to doubt about,” Fico said in a reaction to her appearance on the candidate list, as quoted by the Sme daily. “She is an outstanding personality and she is well-known. She’s got clear attitudes and she was seen as a big asset for the socialist faction.”

Smer’s junior coalition partner, the HZDS, has decided that their present MEP, Sergej Kozlík, will lead the party’s list in the June elections. According to party chairman Vladimír Mečiar, the HZDS candidate list is very strong from the standpoint of education, political experience and language skills, “much stronger than those of other parties,” the SITA newswire quoted him as saying.

The candidate list of the SNS is headed by the party’s vice-chairman, Dušan Švantner, but also includes names like Štefan Zelník and Rafael Rafaj, who are currently MPs in the national parliament.

While the SMK has decided that serving MEP Edit Bauer will lead the party list in the EP elections, the SDKÚ has chosen Eduard Kukan, a former foreign affairs minister, to top its candidate list. The KDH decided on Martin Fronc, previously education minister; the recently-founded KDS has allied with the OKS and decided that Vladimír Palko will top their joint list of candidates. František Mikloško, the KDS’s unsuccessful candidate in the presidential election, is also among the top five on the list, SITA reported.

According to Hajšel, the leading topics for the EP election campaign should be energy resources, consumer protection and expenses on the EU budget.

“These are the three topics that our office has chosen as the subject for hundreds of billboards, thousands of posters and leaflets that we have already started and will continue disseminating through various information channels to as many inhabitants of Slovakia as possible,” Hajšel told The Slovak Spectator.

For political analyst Juraj Marušiak the sole fact that the EP is choosing the topics for the elections in this way shows that it doesn’t have the character of a decisive legislation organ, but rather of a political institution.

“The topics for the EP elections are determined in the first place by the citizens of the EU, which means its voters and of course the political elites of the EU – the political parties,” Marušiak told The Slovak Spectator. “Since the European institutions and their role seem distant to the citizens of Slovakia, it will be mainly the topics from national politics that will resonate in the campaign – just as in other countries, and just like five years ago.”

Silvia Miháliková from the Department of European Studies at Comenius University in Bratislava thinks topics connected to the global financial crisis and possible solutions for it are certain to be present in the campaign.

“I expect that the campaign before the European elections in Slovakia will have the character of a mosaic, a patchwork in which various topics, agendas and interpretations without clear priorities will intersect,” she told The Slovak Spectator.

According to Miháliková, the past five years have confirmed that the work of an MEP does not require any extraordinary professional commitment and thus the seats are just “lucrative jobs for various members of political parties who were for different reasons pushed aside from national politics” and therefore “interest in getting one of the 13 seats assigned to Slovakia has apparently risen”.