CONSUMERS in Slovakia are now tending to put on hold the purchases that would require them to reach deeper into their pockets while those who live closer to the borders with Hungary, Poland and the Czech Republic are taking advantage of the weakening of the currencies of these countries for cross-border shopping. 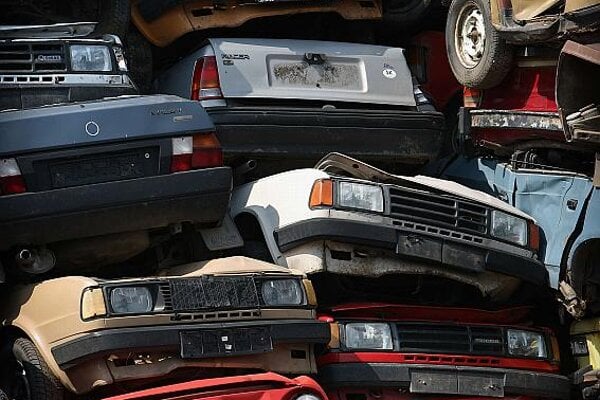 CONSUMERS in Slovakia are now tending to put on hold the purchases that would require them to reach deeper into their pockets while those who live closer to the borders with Hungary, Poland and the Czech Republic are taking advantage of the weakening of the currencies of these countries for cross-border shopping.

Market watchers suggest that these sentiments contributed to a recent drop in retail sales in Slovakia.

Retail sales in Slovakia dropped 10.1 percent year-on-year in February, which was a 0.7 percent monthly decline.

Of the 27 European Union member states, 15 countries reported a year-on-year decline in their retail sales, with only Poland and Belgium recording some growth, according to the EU statistical authority Eurostat.

The statistics authority attributed this to an overall drop in household purchases of 42 percent; in sales by kiosks and markets of 24.9 percent; and in fuel sales from specialised outlets of 12.9 percent, the SITA newswire wrote.

The greatest sales value drop was recorded in fuels, due to the large year-on-year drop in prices; then durable commodities for households, which include, for example textiles, furniture or other appliances; but purchases outside stores and marketplaces, for example via the internet, were also affected, said Michal Mušák, an analyst with Slovenská Sporiteľňa, Slovakia’s largest bank.

“However, it is not only the lower demand for goods and services influenced by the crisis that stands behind the February drop of retail sales, but to a certain degree also the shopping tourism of Slovaks to the surrounding Visegrad Four countries,” Sárazová told The Slovak Spectator. “The currencies of these countries have considerably weakened, which has meant cheaper shopping in these countries by dozens of percents.”

According to Sárazová, the shopping tourism primarily involves Slovak residents from the border regions and because people are closely following the development of exchange rates they can decide where it is more advantageous for them to do their shopping.

According to Mušák, the drop in retail revenues is partially connected with a lower number of shopping days so far in 2009, since last year was a leap year, but even without this effect the revenues would have recorded a drop. He also agrees with the reasons enumerated by Sárazová.

“Also, under the influence of growing unemployment, people have delayed the purchase of larger items, while some others used the weakening of the currencies of neighbouring countries for cheaper purchases abroad,” Mušák wrote in comments to The Slovak Spectator.

The drop in retail revenues implies that after the slowdown in foreign demand started the recessionary impacts earlier this year, the effect is now reflected negatively in domestic consumption as well, Mušák added.

According to GfK, Slovaks are also more cautious in taking on new debt and that cheap loans no longer serve as a strong motivation for expensive buying.

In January there was a greater than 50 percent drop in the number of newly provided loans. In early April, however, the National Bank of Slovakia reported that February had brought some revival to the loan market, Sárazová said.

The central bank noted that January is generally a weak month for initiating new loans; then in February banks report a significant increase, the SITA newswire wrote.

However, when compared on a year-on-year basis, the newly provided loans in February increased by only by 2 percent and in the case of personal loans there was a 19 percent drop, Sárazová said.
Of the types of loans for personal clients, consumer loans have been doing relatively well, which grew in February by more than 90 percent compared to January, and also real estate loans, which grew by two-thirds in February compared to the first month of the year, according to Sárazová.

“In March, the volume of consumer loans could be helped by a larger number of loans for new cars as a response to the so-called car-scrapping bonus, the first phase of which took place in March,” Sárazová told The Slovak Spectator.