THE JANUARY gas crisis again reminded Slovakia of its deep dependence on foreign energy resources. Due to a price dispute between Ukraine and Russia, the flow of natural gas from Russia via Ukraine was completely stopped for about two weeks, bringing large industrial companies, which were already suffering from the global economic downturn, to a halt. 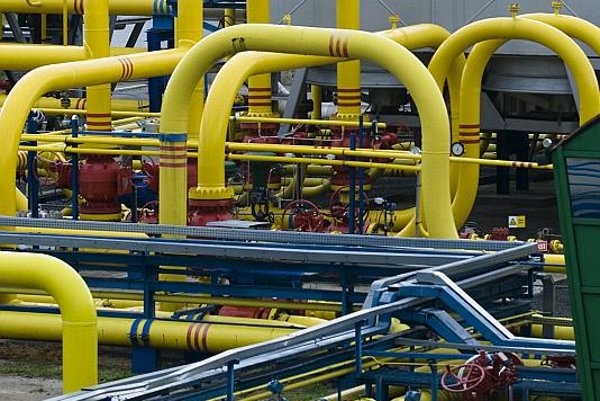 THE JANUARY gas crisis again reminded Slovakia of its deep dependence on foreign energy resources. Due to a price dispute between Ukraine and Russia, the flow of natural gas from Russia via Ukraine was completely stopped for about two weeks, bringing large industrial companies, which were already suffering from the global economic downturn, to a halt.

While the Robert Fico government has already adopted legislation to tighten control of Slovakia’s gas reserves in times of crisis, Economy Minister Ľubomír Jahnátek has also called for energy solidarity within the European Union as he does not exclude a repeat of the January gas crisis.

“A return of ‘January’, alas, is not warded off,” Minister Jahnátek said at the 63rd session of the United Nations Economic Commission for Europe (UNECE) in Geneva on March 30, as cited by the SITA newswire.

The gas crisis began after Russia cut the gas supplied to Slovakia and other European countries through Ukrainian pipelines as part of a price dispute with Ukraine. Government restrictions put in place on January 6 required large commercial customers and businesses with annual contracted gas consumption exceeding 60,000 cubic metres to reduce their usage to a minimum safe level. The economy of gas-thirsty Slovakia began to return to its normal pulse on January 19 when the country began receiving natural gas via the Czech Republic, using a route which bypassed Ukraine, allowing usage restrictions to be lifted.

Soon after the re-routed gas started flowing again a Russian-Ukrainian agreement was finally clinched and deliveries began along the normal routes via Ukraine on January 20. On the next day, Slovakia’s major gas utility Slovenský Plynárenský Priemysel (SPP) resumed transfer of Russian gas through Slovakia to other European clients via Austria and the Czech Republic.

“Recent years have shown that the energy security of Slovakia is worsening due to external factors,” Karel Hirman, the director of the Energy Policy Section at the Slovak Innovation and Energy Agency, told The Slovak Spectator. He recalled both the drop in Russian gas supplies via Ukraine in 2006 and serious problems with the supply of Russian crude oil via Belarus to central Europe in January 2007. As a consequence, at that time, the Slovak oil refinery Slovnaft had problems maintaining its production and Slovakia had to help it with supplies from state oil reserves and Slovnaft’s parent company MOL did likewise with oil reserves from Hungary.

“The latest and the biggest crisis so far, which many experts have labelled as the biggest non-military threat to Slovakia since November 1989, occurred this January,” said Hirman. “These crises are a serious warning and they fully reveal Slovakia’s weakness because of its almost 100 percent dependence on imports of gas, as well as oil, from Russia and via only a single route across Ukraine.”

Hirman agrees with Jahnátek that the January crisis may repeat itself. He sees the only solution in at least partial diversification of purchase and transport of natural gas to Slovakia.

“The January crisis has shown that imports of gas from western European, particularly German, gas companies, and its transport from Germany via the Czech Republic is a realistic solution,” Hirman told The Slovak Spectator. “SPP needs to purchase at least 10-15 percent of the annual average consumption, approximately 500-800 million cubic metres of gas, in this way.”

SPP has already negotiated alternative gas supplies and assured its clients that in the event of a repeated cut in supplies from Ukraine that SPP is well-prepared to secure normal gas supplies for all gas consumers, including industrial clients, until the end of the heating season.

“Already in January we took steps towards actual diversification – in the technical segment as well as the commercial,” Ľubomír Tuchscher, communication specialist for SPP, told The Slovak Spectator. “From the technical point of view we launched reverse flow of the transmission network which enabled natural gas supplies to come from the west. In the commercial segment, we have signed the first deals with our shareholders, E.ON Ruhrgas and GDF Suez, which will secure alternative supplies of natural gas for Slovakia immediately if a future crisis repeats.”

Tuchscher specified that SPP can secure normal gas supplies for all its clients thanks to three specific measures.

First, he listed gas reserves in storage facilities which SPP has already enhanced by additional gas purchases. For the second measure, Tuchscher said there can be an immediate launch of the reverse gas flow from the Czech Republic to Slovakia, securing transmission of natural gas from SPP’s western shareholders and commercial partners. The third measure consists of letters of intent that SPP has signed with its foreign shareholders, E.ON Ruhrgas and GDF Suez, which have offered gas supplies for SPP from their own resources.

According to Tuchscher, an offer by E.ON Ruhrgas to supply up to 6.5 million cubic metres of natural gas daily, in the event of a crisis, is the first outcome of these agreements.

“Simultaneously, SPP is working on signing contracts on supplies of gas from other than Russian sources,” Tuchscher told The Slovak Spectator. “Our goal is that contracts for supplies making up more than 10 percent of Slovakia’s consumption will be signed with specific suppliers by the middle of the year.”

Gas storages are not a solution

To have tighter control of Slovakia’s gas reserves in times of crisis, in particular when the country faces a cut off of its normal supplies, the government of Robert Fico has modified the Energy Act. The parliament passed the revised legislation governing regulation of network industries, as well as a mining law, on February 17.

In the event of a gas crisis the state will have the authority to preferentially draw natural gas supplies from the gas reservoirs of private companies. The law also gives the government the right to require operators of gas reservoirs to suspend supplies to foreign customers when there is an emergency in Slovakia.

SPP is convinced, however, that these legislative measures will not bring any higher degree of gas supply security to Slovakia.

“The seriousness of the situation of the previous weeks requires an in-depth assessment of all technical and commercial measures,” Tuchscher told The Slovak Spectator. “This [legislative] package significantly endangers cooperation with surrounding countries - the Czech Republic, Austria and Hungary - in case of emergency. As the law bans extraction [of gas] from underground storage facilities for clients from neighbouring countries, Slovakia can expect the same measures also from their side.”

SPP sees cross-border cooperation as the only suitable solution for long-term security of gas supplies.

The major gas utility is also critical of the fact that the opinions of SPP experts were not taken into consideration when the government was preparing these legislative changes.

“Our company is convinced that operators of gas systems in Slovakia as well as those in neighbouring countries must be involved in such a discussion,” said Tuchscher. “Regional and European solidarity is a key factor which significantly helped to solve the situation during the latest gas crisis.”

Hirman does not see changes in natural gas storage procedures as a solution to potential future crises.

“During the peak winter period roughly one half of daily gas consumption is covered from gas supplies from Russia via Ukraine and the rest is covered from gas extracted from local storage facilities,” said Hirman. “But no gas pipeline network is designed in a way that it is able to cover the total consumption from storage capacities in case of a zero inflow of gas into the network. This is very difficult from the technical point of view, but foremost, this steeply increases costs for purchase and storage of such large volumes of gas, that would be mirrored in higher final prices for customers.”

To avoid the possibility of no inflow of gas into the network, countries sign long-term gas supply contracts with different suppliers. “This is the sense of diversification,” said Hirman.

“Thus contracts for purchase of gas as well as oil from other suppliers and via other routes - for example, via the Adria pipeline for oil - is the only systemic and long-term effective solution even while it is apparent and logical that supplies from Russia will continue to play the dominant role,” said Hirman.

An inseparable part of systemic measures to solve an actual gas shortage is also interconnection of networks with neighbouring countries.

“In the case of gas it is, apart from the Czech Republic, also with Austria and Hungary,” said Hirman. “Interconnection with Poland is also interesting, in particular if the Polish side would be interested in it and would be willing to co-finance it.”

Energy solidarity within the EU

In Geneva on March 30, Minister Jahnátek called for elaboration of a directive on energy solidarity, according to SITA. During the January gas crisis there was a call for such a measure, but after the gas flow resumed, concerns about the gas shortage evaporated.

“We are convinced, that the principle of solidarity between member countries is needed when preventing and minimising damages caused by interrupted supplies of all kinds of energy,” Branislav Zvara, the spokesperson of the Slovak Economy Ministry, explained for The Slovak Spectator. “This principle should be taken into consideration in the legislative framework at the EU level so that it can be effectively applied. Along with this, the responsibility of member states for their energy security should be maintained.”

According to Zvara, with regards to applying this principle in crude oil supply, negotiations on a draft directive which obliges member countries to keep a minimum reserve of oil and/or oil products are underway. In the natural gas area, consultations are being held on revision of a directive on measures for gas supply security which should be submitted for further negotiations in the middle of this year.

Zvara pointed out that some countries cannot build gas storage facilities in their countries due to unfavourable geological conditions.

Hirman thinks that such a directive, in the event it should become a legally binding EU directive, should primarily tackle the inevitable building of interconnections between gas, crude oil, and electricity networks within the EU and, in particular, between long-established members of the EU and its newer members.

“Because without a realistic technical solution, that is without tangible pipes and electricity lines, this will be only another declarative political document,” Hirman told The Slovak Spectator. “It is necessary to allocate funds from the EU for this because not just private energy companies should bear these costs. If we can get support from EU funds, let’s say for renewable sources, it is no less important to also financially support projects for such network interconnections if we do not want only to politicise the energy security issue, but also to act.”