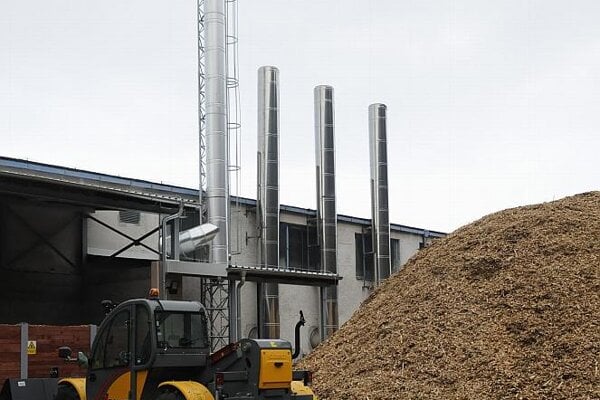 To support the use of renewable energy sources in Slovakia, the Robert Fico government adopted a bill on March 18 which the Slovak parliament will consider later this month.

The long-awaited bill, elaborated by the Economy Ministry, guarantees companies generating electrical energy from renewable sources a set price for the electricity produced for a 15-year period. In this way the bill, focusing primarily on small producers, will eliminate the barrier of only short-term price guarantees which has permitted only minor growth of electricity generated from renewable sources in Slovakia. The Office for Regulation of Network Industries will set this long-term price. Currently, the price guarantee is only for one year.

Moreover, the bill will give renewable-source electricity producers the right to priority access to the regional electricity grid. The bill also governs rights and duties of producers using a specific renewable energy source, biomethane.

“We are also preparing for implementation a programme for higher use of biomass and solar energy in households, for which the cabinet has allocated €8 million,” Branislav Zvara, the spokesperson of the Economy Ministry told The Slovak Spectator. “For Slovakia, biomass, water and the sun are the best prospective sources of renewable energy. Geothermal energy is also suitable for heat production.”

However, some supporters of renewable energy sources see the bill as somewhat limiting. The Energy Centre Bratislava, a non-governmental consulting organisation promoting the rational use of energy and the utilisation of renewable sources of energy, hopes that certain flaws might be ironed out during discussion of the bill in parliament.

“The bill is not about renewable energy sources, but only about the production of electricity from them,” Vojtech Hollan, the spokesperson of the Energy Centre wrote in a press release provided to The Slovak Spectator. “This bill does not deal with supporting the production of heat from renewable energy sources, which Slovakia has the biggest potential to use and it also ignores transport,” the centre said.

The centre noted that electricity accounts for 20 percent of total energy consumption in the European Union, transport uses 31 percent and heat production accounts for 49 percent.

The Energy Centre objects to a provision in the bill transferring the responsibility for deviations in electricity production (for example when a solar panel does not generate the planned electricity due to cloudy weather) for a small production unit with an output above 4 MW onto the shoulders of the producer. In other parts of Europe this responsibility limit applies only to outputs of around 10 MW. The bill also does not set out exactly how this responsibility would be applied.

The centre also objects to the 15-year guaranteed price period because the lifespan of facilities producing electricity from renewable sources is 30 years. “From the viewpoint of investors this is a great risk, which may persuade them to not invest in Slovakia,” wrote Hollan in the press release.
The bill also limits the use of renewable energy sources for electricity production to only about 8 percent of all sources, the Energy Centre maintains.

Slovakia uses only a small portion of its available renewable resources. Of all the energy consumed in Slovakia, only 4.7 percent comes from renewable sources, including large hydropower stations, the Roľnícke Noviny weekly wrote in late March. This puts Slovakia toward the bottom rankings among the developed countries of Europe. By 2020, Slovakia is aiming to increase this portion to 14 percent.

While a large portion of available hydropower is already harnessed, there still remains a portion to be captured by small hydropower stations, which are regarded as renewable energy sources. Solar panels are not a novelty in Slovakia but their use is still not widespread across the country. Only a small portion of geothermal energy in Slovakia is used, for example, in the town of Galanta. But huge reserves of geothermal energy in the eastern part of the country are still waiting to be tapped. The wind is not harnessed either, as there are only five wind turbines across all of Slovakia.

The use of biomass as a fuel has increased significantly over recent years as many heating plants have installed new boilers enabling them to produce heat from this renewable energy source, but more could be done.

“Central heating systems in towns and cities is a Slovak advantage, similar to other post-communist countries,” said Hirman. “The use of biomass in these central systems is most feasible, economically, environmentally and logistically.”

According to Hirman, there are also ways people can save money through lower consumption of fuels.
“Many audits carried out by SIEA show that if a traditional ‘panelák’ [a block of flats in a housing project] gets thermal insulation, new windows and is thermostatically regulated, it is possible to save as much as 50 percent of heating costs,” said Hirman.

The Slovak Innovation and Energy Agency has elaborated the first ‘country report’ about energy efficiency in Slovakia for the International Energy Agency. According to Hirman, the report shows that during the economic boom which Slovakia enjoyed during recent years, the consumption of primary energies stagnated or dropped. The fact that consumption of energy did not increase in line with economic growth means there was a significant improvement in energy efficiency. Consumption of electric energy during the last five years remained about the same or increased only negligibly.

“We do not know the detailed reasons yet, but certainly we can say that this is a consequence of fundamental restructuring of GDP creation, improvement of energy efficiency on the side of production as well as consumption,” said Hirman. “In the case of natural gas, the transition to another fuel, in particular to biomass, has played a certain role.”

“These trends indicate that in the mid-term perspective and from the viewpoint of securing energy security for Slovakia further improvement of energy efficiency and meaningful extension of the use of renewable energy sources - e.g. biomass - is effective and can bring very positive results.”