Eating to help the neighbours

ALTHOUGH Eve’s bite finally proved fatal, that apple at least was probably tastier than those one usually finds in supermarkets today – unless inorganic pesticides and fertilisers were also used in Paradise. 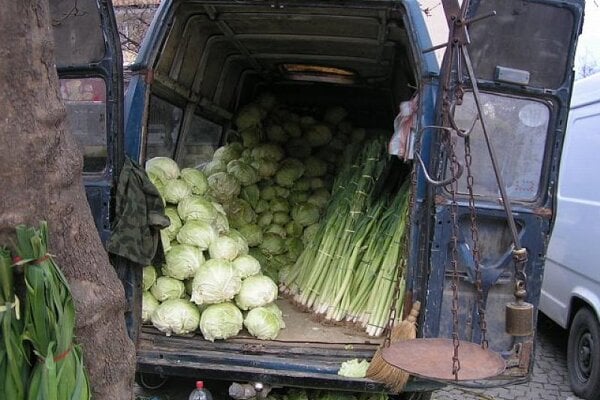 Would you like some healthy vegetables? (Source: Courtesy of Urgenci)
Font size:A-|A+  Comments disabled

ALTHOUGH Eve’s bite finally proved fatal, that apple at least was probably tastier than those one usually finds in supermarkets today – unless inorganic pesticides and fertilisers were also used in Paradise.

Fighting against such growing methods and promoting a return to the production of high-quality food using only environmentally-friendly substances has become increasingly widespread, and Slovakia is not an exception to the trend.

Recently, the country hosted a three-member mission from the Urgenci International Network, which supports what are called local solidarity partnerships between food producers and consumers such as CSAs (community-supported agriculture) in the US or Teikeis in Japan.

“In France, more than 1,000 AMAPs (associations for maintaining small-scale farming; the French equivalent of CSAs) are currently involved in the system, which represents around 100,000 people,” Ramm told The Slovak Spectator. “We are convinced that this approach will find its sympathisers here as well.”

Community-supported agriculture consists of consumers picking up regular and pre-paid shares of fruits, vegetables, dairy products or meat from a local farmer, who in turn pledges to exclusively use ecologically-sound methods.

As the system is based on a shared risk and reward principle, consumers agree to take whatever the farm produces and pay even if the production is reduced to nothing due to some natural calamity.

“Solidarity is what best characterises this model,” said Ramm. “When ordering their weekly shares, families and individuals aim not only to eat healthily, but also to help finance their neighbouring farm. Thus they directly take part in maintaining small-scale agriculture, which is everywhere in the world endangered by large-scale production and major supermarkets.”

Ramm, who is a mother of three, joined the CSA system because she wanted to feed her family with healthy and local food. Every week, she gets several boxes of various products, including fruits from Frédéric Schwab.

“I launched my farm in 1994 and for the first dozen years I used conventional methods of both growing and distribution,” Schwab stated. “However, I was always encountering serious financial problems and my business was very unstable. Three years ago, I started an AMAP with 28 families living in my region and now I have around 250 families. Thanks to the system, I do not have to worry about sales anymore, since the whole of my annual production is being equally divided among my clients.”

As Schwab underlined, one of the most important aspects of community-supported agriculture is the close relationship between consumers and producers and a great involvement on the part of the former.

“My clients regularly visit my farm and even help out with some minor work,” he told The Slovak Spectator. “The AMAPs are therefore associations in the proper sense of the word; they promote social interaction and bring people closer to each other.”

Schwab, Ramm and Parot visited Bratislava, Zvolen, Košice and a few surrounding villages within a CSA information dissemination programme focused on central and eastern Europe as well as on the countries of the Maghreb.

The delegation met several mayors and many activists and gave a number of lectures about the system in general, illustrating them with their personal experience.

The Urgenci representatives also explained that the programme would include two more phases, a Slovak mission to France and then another French mission to Slovakia.

As the network coordinator observed, Slovaks were extremely impressed by the project.

“I believe that we have inspired many farmers, including those who had already launched similar initiatives but had not known that this model exists in other countries,” said Parot.

“Unfortunately, it seems that Slovak legislation and hygienic regulations still hinder the development of direct on-farm sales, which is a precondition of community-supported agriculture.”
Indeed, laws in Slovakia concerning direct sale of foodstuffs are comparatively strict, especially as far as meat and dairy products are concerned.

The Slovak government has, however, prepared a bill that should support small-scale farmers and make local distribution easier.

“We want to legalise and broaden the range of such [direct-sale] activities, so that Slovaks can buy local high-quality fresh food without chemical additives,” Mária Kantíková, head of the Food Industry, Nutrition and Trade Section of the Ministry of Agriculture, told the TASR newswire.
According to the Hospodárske Noviny daily, the government decree has already been passed and sent to Brussels for approval.