Tender under the magnifying glass of Brussels (updated) 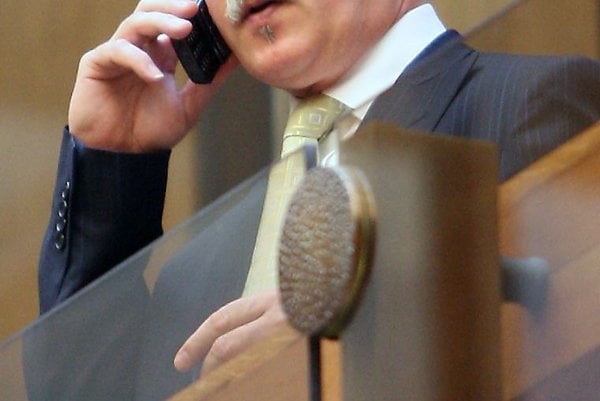 The European Commission has started looking into the tender with a €120 million price tag that the Slovak Construction and Regional Development Ministry announced solely by posting the original tender notice on the ministry’s internal bulletin board to which members of the public do not normally have access. The high-priced contract went to a consortium of two companies, Zamedia and Avocat - both of which are said to have close links to SNS leader Ján Slota.

The tender has already cost Marian Janušek, a nominee of the SNS who resigned on April 14, his ministerial post. Igor Štefanov was promptly installed on April 15 as Janušek’s replacement at the head of ministry, but his close involvement in the flawed tender – prior to his elevation he was a key lieutenant of the former minister – has prompted the opposition to call for his dismissal too.

“The commission has formally requested that the authorities submit full details of the situation and the results of investigations being carried out by their national control bodies, the Public Procurement Office and the Supreme Audit Office, after these are finalised,” Dennis Abbott, spokesman for Commissioner Hübner, told The Slovak Spectator in March.

On April 20, at his first press conference, Štefanov repeatedly defended the tender and said that he does not intend to cancel the tender unless a relevant domestic or international body, meaning the European Commission, would give him an impetus to do so.

Štefanov’s nomination to the ministerial post by the SNS has attracted wide criticism from Slovakia’s political ethics watchdog as well as the parliamentary opposition.

Speaking to The Slovak Spectator, Zuzana Wienk of the Fair Play Alliance political ethics watchdog described Štefanov’s appointment as “a mockery” and “a very ridiculous application of [Slovakia’s] political culture”.

Wienk said that a man who shares responsibility for the preparation of the flawed tender and the agreement of the ensuing contract had in fact been promoted to the same position from which minister Janušek was withdrawn because of these same failings.

Fico called on Janušek to resign on April 10 after the publication of the results of investigations by the Public Procurement Office (ÚVO) and the Supreme Audit Office (NKÚ), which both found that the Construction Ministry erred in its handling of the tender.
However, Fico’s call came six months after the so-called bulletin-board scandal was first revealed.

“I appreciate that minister Janušek decided to leave his chair by his own decision and thus contribute to easing the tension,” Fico said, as quoted by the TASR newswire.

The country’s opposition parties had been calling on Fico to sack Janušek for what they called a grave suspicion of cronyism. The opposition said that suspicions of overpricing of a separate tender, to supply a ministry logo at a cost of almost €83,000, are another reason why Fico should have acted to remove Janušek.

Ivan Štefanec, an MP for the opposition Slovak Democratic and Christian Union (SDKÚ), said that Štefanov’s appointment is a mockery of all decent people.

“If the old minister is replaced by a new one who was directly involved in the bulletin-board scandal, it is as if there had been a direct confirmation of cronyism by the prime minister and also the president,” Štefanec told The Slovak Spectator.

According to Štefanec, if the prime minister has now admitted, after almost six months, the mistakes of the minister, the next logical steps should lead to the cancellation of the contract.

“The simplest [process] would be an agreement between the involved parties,” Štefanec said. “In any case, the contract is unambiguously disadvantageous for taxpayers. The cancellation of the contract is not only a political but mainly a legal issue. If the recall of the minister is not to remain a hollow political gesture, it is the government’s turn to show whether it will try to halt the waste of public funds.”

Štefanec said that the recall of the minister is only one step.

“Appointing a successor who had been defending the scandal is a significantly negative signal to the European Commission as well,” Štefanec said. “However, much more important are the fate of this outrageous contract and the subsequent drawing of European funds, which might be influenced by this scandal.”

Local media and the opposition, in particular KDH boss Pavol Hrušovský, speculated that Fico did not want to disturb the course of the presidential campaign - the first round of which was held on March 21 and the second round on April 4 - by sacking Janušek. The SNS was backing the candidacy of Gašparovič, together with Fico’s Smer party. Gašparovič was the eventual winner in the second round.

The results were publicly released by ÚVO chairman Béla Angyal at a press conference on April 9 with the conclusion that “the Public Procurement Act was violated.”

Angyal said that the violation of the law on public procurement lay in the fact that the ministry had failed to set in advance the estimated price of the order in the competition, which is one of the key conditions of procurement procedures, the SITA newswire wrote.

However, ethics watchdogs warn that the contracts awarded under the tender cannot now be cancelled.

“After consultation with our lawyers it seems to us that the contract cannot be cancelled,” Wienk told The Slovak Spectator. “We have appealed to the Antitrust Office with the argument that this contract might, in our opinion, harm market competition.”
The Fair Play Alliance has been calling on the government to treat with more gravity the circumstances of the bulletin-board tender.

“I haven’t heard of any attempts to cancel or challenge the contract, which is completely disadvantageous to tax payers, in court or at least to suggest ways to deal with it,” said Wienk.

As for the European Commission’s interest in the tender, Wienk said that the EC can examine whether steps taken in this case were in accordance with the EU directive on public procurement and, if not, could sanction Slovakia. The EC can also start its own audit of this case which could lead to a suspension in funding from the EU, she added.

“I think that taking political responsibility is one of the factors that show whether the country can deal with the problem alone, and whether it is a reliable partner with efficient control mechanisms when it comes to drawing EU funds,” Wienk told The Slovak Spectator.
She said she would watch the steps of the EC with great interest.

“I think we cannot rely on the political powers inside the country to remedy the mistakes, so I think it’s necessary for the EC to act, especially in a case where so much EU taxpayers’ money is at stake,” Wienk said.