State forests to get public cash

AFTER injecting over €165 million into the atrophied veins of the troubled state railway freight company Cargo (see story on pg 4) the government of Robert Fico is now turning to another ailing state enterprise: the national forestry company, which says its situation has been badly affected by a fall in world prices for wood. 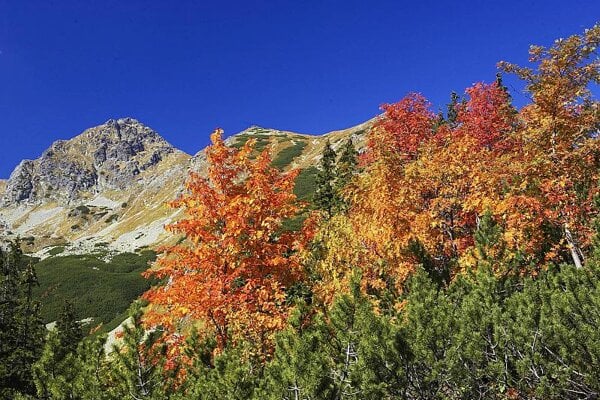 AFTER injecting over €165 million into the atrophied veins of the troubled state railway freight company Cargo (see story on pg 4) the government of Robert Fico is now turning to another ailing state enterprise: the national forestry company, which says its situation has been badly affected by a fall in world prices for wood.

Lesy SR, which administers forests and related assets owned by the state, has asked its owner, the Ministry of Agriculture, for a grant of €66 million.

While the company says it needs the funds to make sure that the crisis does not impact its ability to secure forest protection and cultivation, critics of state support for state-owned companies are calling for measures that will instead benefit both the state and the private sector.

In 2008, the average price of wood dropped by Sk213 (€7.07) per cubic metre year-on-year. Partly as a result, the state forestry company has seen its revenues drop by Sk110 million (€3.65 million) year-on-year in 2008. This is despite the fact that Lesy SR in 2008 increased its logging by more than 436,000 cubic metres and supplied an extra 526,000 cubic metres of wood compared to 2007, Jozef Marko, head of the company’s communications department, told The Slovak Spectator.

The Agriculture Ministry will need to borrow approximately €100 million for a period of ten years to solve the problems in the Slovak forestry sector, Agriculture Minister Stanislav Becík told journalists on April 1, as quoted by the SITA newswire.

Originally, the ministry had been planning to assist both state-owned and non-state-owned forests.
“We will come forward with an initiative for a non-refundable loan for the forestry sector as a whole, which means also for those 53 percent of forests owned by the Association of Non-State Forests Owners and the 47 percent of forests that are administered by the state-run company Lesy SR,” Becík told public broadcaster Slovak Radio on April 2.

However, on April 9, the ministry announced that the state assistance would only be going to Lesy SR, on the grounds that it is a ‘strategic company’.

“This is protectionism of the roughest kind,” was how the chairman of the Union of Regional Associations of Owners of Non-State Companies, Juraj Vanko, greeted the news, as quoted by the Sme daily.

The existence of state companies which compete with private firms creates opportunity for discrimination, which is getting more pronounced by the preference being given to state-run companies through state assistance, said Ivan Štefanec, an MP for the largest parliamentary opposition party, the Slovak Democratic and Christian Union (SDKÚ).

“The state should not run businesses, but rather create rules for businesses and oversee the observance of these rules,” Štefanec told The Slovak Spectator.

In the case of the state-run forestry company, Štefanec said that political interests had been preferred, to the disadvantage of economic interests, and today this was coming back in the form of demands for further funds.

“Such policies lead nowhere and principally harm the people who are paying for all this,” said Štefanec.

One of Becík’s predecessors, Zsolt Simon, suggested to Slovak Radio that no state subsidy could replace demand for wood and that it would be more beneficial to re-evaluate forestry plans or wood-logging plans. Simon said that logging might be delayed until the wood becomes more valuable.

As for the main justification for state aid, Marko said that it would help avoid direct impacts from the crisis on forest protection and cultivation. The state-run company started feeling the effects of the crisis on the wood market at the end of the first quarter of 2008, he added.

“The primary mortgage crisis in the United States during the year moved across the ocean and into the European market in such a way that the drop in wood prices experienced by Lesy SR has exceeded 13.5 percent,” Marko said.

Market developments forced the company to revise its 2009 business plan last month. This had originally forecast a profit but, based on more recent market prognoses, the company now predicts it will make a loss in the coming months, according to Marko.

“The average sale price of wood is already beneath the level of its production cost,” Marko said. “The revenues from the sale of wood do not cover even the most unavoidable expenses of running the firm.”

The company took its first crisis measures in the summer of 2008, when the cost of producing 1 cubic metre of wood was reduced by Sk25 (€0.83), a move which generated cost reductions of Sk115 million (€3.81 million), said Marko. The company, according to Marko, cut budgets for repairs by Sk80 million (€2.66 million) and operational costs by Sk100 million (€3.32 million).

“It is too early to talk about layoffs in 2010 and we will be able to respond only after the restructuring project is completed,” he added.

According to Marko, the government support will help to sustain the requested level of forest protection and cultivation in 2009 and 2010.

“The real increase of costs represents €25 million, with which the company could secure work for about 2,000 people,” Marko added.

The company would be able to continue administering 230,000 hectares of non-state and untransferred forests, which each year costs the company €8 million; and administer the property settlement of forest lands at a cost of €15 million for two years, said Marko.

The company also needs €5 million to cover the expenses of removing damage caused by floods, which will also be covered from the state assistance, he concluded.

The restructuring plan is currently being finalised and will be submitted to the cabinet by the agriculture minister.