Slovak car industry faces up to the crisis

SLOVAKIA is home to three large carmakers which cannot escape the impacts of the economic downturn seriously hitting the global automotive industry. But while one company has had to make breaks in its production schedule to adjust to the decreased demand, another carmaker has added work shifts on Saturdays to satisfy demand for its cars. 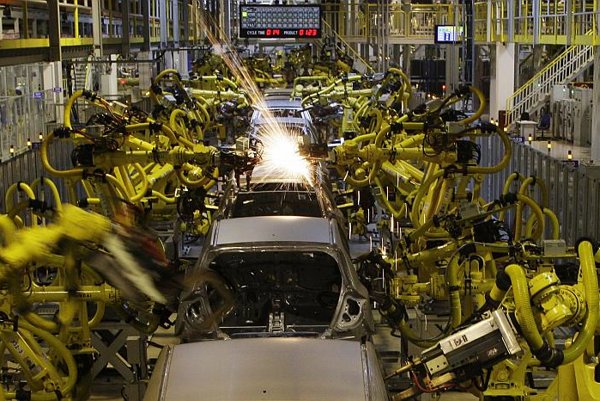 SLOVAKIA is home to three large carmakers which cannot escape the impacts of the economic downturn seriously hitting the global automotive industry. But while one company has had to make breaks in its production schedule to adjust to the decreased demand, another carmaker has added work shifts on Saturdays to satisfy demand for its cars.

Along with their ongoing efforts to adapt to changed economic circumstances caused by the crisis, the carmakers are continuing to research and develop ecological and fuel-efficient cars and to educate and train their labour forces to be ready for the end of the crisis.

The Slovak Spectator (TSS): How has your company been coping with the current economic crisis? What measures have you taken to lessen its effects?

Dušan Dvořák (DD): During the period of decreased demand for cars in European markets, Kia Motors Slovakia has adjusted working time since February from eight to six-hour shifts. Apart from this, the company has also adopted measures to reduce costs. Each department is responsible for reducing costs under its own control.

Peter Švec (PŠ): Because PSA Peugeot Citroën Slovakia produces small and ecological cars, the crisis has not touched us dramatically. We pin our hopes on the new Citroën C3 Picasso model, which we exclusively produce and which was launched in European markets only a few weeks ago. Initial sales figures have exceeded our expectations and thus we have incorporated, after an agreement with the trade unions, working Saturdays into our production schedule. With regards to the current situation in the market we do not have any reason to think about a cut in production.

Already in 2007 we introduced the instruments of flexible usage of working time which minimises the impacts of the crisis on employees and their wages.

TSS: How has the employment policy in your company changed?
DD: The employment policy of Kia Motors Slovakia has not changed due to the crisis. The priority is to keep and stabilise our own workforce which has been trained and educated to work with modern production technologies. The problems with finding qualified labour will very probably continue in the future.

PŠ: The priorities of our HR department have changed only partially. Our employees work in two shifts and since April production has been more or less stable, with an average daily production of 850 cars. This is linked with the fact that the Trnava plant produces B segment cars, smaller cars with low fuel consumption and CO2 emissions. The overall drop in sales has not hit this car category so much.

Currently, the HR department in Trnava is solving, in particular, flexibility in organising the work time which must follow swings in demand in the car market. To the end of 2009 we are planning more than nine working Saturdays which are linked to the successful production start of the new model. PSA continues to stress the education of its employees.

With regards to the crisis, PSA Peugeot Citroën Slovakia has not adopted any specific measures. The already introduced instruments of working time flexibility are enough, with small adjustments, to bridge impacts of the crisis at its current intensity.

The announced moderate adjustment in the number of job positions in the ranks of technicians and service personnel is an exception; this is linked with the end of the preparation for production of the new model. Since we are not reducing production, we are not planning to cut the labour force involved directly in production.

TSS: How do you think the crisis will play out in the car market from the point of view of factors like price, fuel consumption, quality, and safety?
DD: Kia Motors Corporation has constantly invested in the development of environmentally friendly technologies even before this crisis, and it will continue this trend. Kia is developing concepts that use fuel cell and hybrid propulsion systems and their widespread use is expected in the coming years. In our current models we also offer technology like Idle Stop&Go, which has been offered as an option since the beginning of this year in Kia cee’d cars made in Teplička nad Váhom. This technology automatically turns the engine off and on when the car is stationary, helping to lower fuel consumption, especially when driving in cities where the car has to wait frequently at traffic lights.

PŠ: PSA Peugeot Citroën group has been systematically investing into development and production of cars meeting the strictest ecological and safety criteria for several years. The arrival of this trend was not affected by the crisis. It is a stable part of our production policies. The fact that we sold more than 1.1 million cars last year producing less than 140 grams of CO2 per km proves this. We have initiated the Stop&Start technology and a new filter for solid particulates. In 2011 we will introduce hybrid diesel cars and also electric vehicles to the market.
Motors installed in the cars of our company’s portfolio are fully compatible with biofuels in which the bio portion accounts for up to 10 percent in the case of petrol vehicles and up to 30 percent in the case of diesel.

Another effective measure would be a contribution to maintain employment in the event an employer is forced to cut working time and employees have to take some time off. In this case, they are paid at least 60 percent of average wages. The current legislation authorises employers to claim a contribution for repayment of obligatory payroll taxes, but big companies exceed the limitation of €200,000 for the period 2009-2010, which prevents them from claiming the contribution. We would welcome it if the state adopted a measure which allowed companies employing a large number of people to use this help too.

PŠ: The car-scrapping bonus is only one of the measures proposed by the Slovak Automotive Industry Association. But ecological bonuses introduced in western European countries apply more so to us.

PSA Peugeot Citroën Slovakia has already developed an initiative towards the Ministry of Labour, Social Affairs, and Family when searching for systemic assistance to carmakers in the form of partial financing of educational programmes and expert trainings for employees during the time of production stoppages.

During inevitable halts in production, instead of forced holidays, the carmakers would use this time for internal and external training of their employees. The management of PSA Peugeot Citroën Slovakia considers increasing expert abilities and qualifications during the time of the crisis as a good way to prepare carmakers’ employees for resumption of production after the crisis. The Ministry has expressed support in this direction.

PŠ: This year we want to keep our production at last year’s level, when we produced almost 190,000 cars, up 5 percent compared with 2007. The successful start of the new model Citroën C3 Picasso and the ability to provide this model to all PSA markets are our priorities.

While Kia Motors Slovakia and PSA produce small and mid-range cars for which demand has not fallen so sharply, the Slovak arm of the German carmaker Volkswagen, based in Bratislava, produces many larger sport-utility vehicles (SUVs) which have been hit by a much steeper fall in demand.

To adjust its output to demand, it halted production again on April 6. This time its planned production interruption was for 8 days, forecasting that production would resume on April 17, the company wrote in a press release. Between April 6 and April 9 employees were given the opportunity to take holidays but for the rest of the planned stoppage they were required to use their so-called flexi-accounts.

VW Slovakia launched this working-hours accounting system earlier this year in order to be more flexible when adjusting its production schedule to actual market demand. The scheme permits a VW employee to receive a full wage while not working and then to make up the hours later as overtime work.

As VW Slovakia produces larger, more luxurious models costing more than the €25,000 upper limit for participation in Slovakia’s recent car-scrapping bonus scheme, the carmaker has not benefited from this measure, Miriam Repiská, from VW Slovakia’s PR department, told The Slovak Spectator.
VW Slovakia is continuing to produce the same four models that it has in recent years: the VW Touareg, the Audi Q7, the Škoda Octavia and body-shells for the Porsche Cayenne.

Last year, 187,872 vehicles rolled off the VW Bratislava plant’s production lines, down from 248,738 in 2007. VW Slovakia exported the biggest proportion of the vehicles it made, 36.6 percent, to Germany.

The Bratislava plant is also awaiting the final word from VW headquarters in Wolfsburg, Germany on where its newest model, the Up! city car, will be produced. Bratislava is considered as a potential site for this investment of almost €300 million. Repiská confirmed for The Slovak Spectator that the final decision from Wolfsburg is expected by the end of April.