DO YOU want to see the latest model by Alfa Romeo, Audi, Citroën or Jaguar? You don’t need to travel to Geneva or other cities with prestigious motor shows as Bratislava’s own Autosalón will be showcasing exciting new models when it opens for its 19th year at the Incheba Expo Centre on April 21. 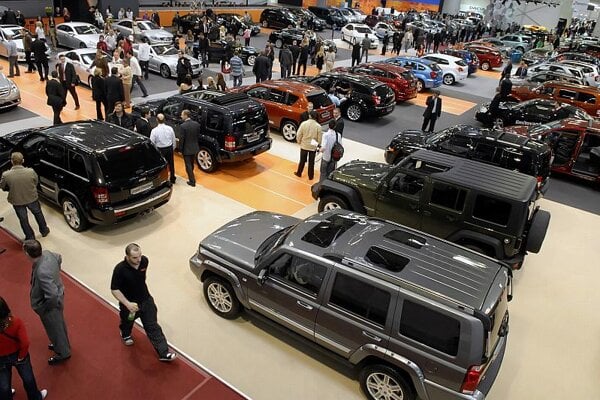 DO YOU want to see the latest model by Alfa Romeo, Audi, Citroën or Jaguar? You don’t need to travel to Geneva or other cities with prestigious motor shows as Bratislava’s own Autosalón will be showcasing exciting new models when it opens for its 19th year at the Incheba Expo Centre on April 21.

Organisers promise to present more than 36 auto marques at Slovakia’s most prestigious motor show, including models from Mercedes, Bentley, Lamborghini, Lexus, and Kia. Visitors can look forward to the premieres of 55 new car models to Slovakia as well as many other novelties offered by both the carmakers and the show's organisers.

In spite of the global economic downturn, which has hit the automotive industry hard, the organisers expect a high interest by the general public, according to their website. Last year the motor show attracted over 215,000 visitors and 246 exhibitors, according to the TASR newswire.

The organisers will offer visitors an extensive accompanying programme. Visitors can try a ride on an off-road track, watch crash tests, as well as hear presentations on safety systems. The motor show also traditionally launches the automobile tuning season in Slovakia. The Incheba centre will serve as the starting line for the Redline racing competition between luxurious sports cars. Vintage cars will not be missing at the fair either, and this year’s featured model is the Ford Mustang.

In addition to cars and more cars, visitors can see various auto accessories and servicing and garage equipment at the Autoservis fair, which is a part of the 19th Autosalón. Other speciality fairs include one for producers and subcontractors to the automotive industry and logistics and an international fair of plastics, rubber and composites for the automotive industry.

While the first day of the fair is reserved for experts and journalists, the general public can visit Autosalón between April 22 and 26.

For more information go to www.incheba.sk.