FILM FESTIVALS are apparently very disobedient children; as soon as you stop keeping an eye on them, they start misbehaving and sometimes even flee to another country. 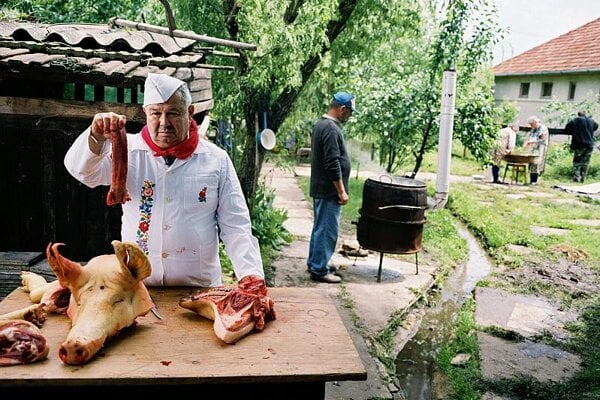 Cooking History, a new Slovak documentary about war cooks, is one of the attractions of Febiofest 2009 (Source: Courtesy of Febiofest)
Font size:A-|A+  Comments disabled

FILM FESTIVALS are apparently very disobedient children; as soon as you stop keeping an eye on them, they start misbehaving and sometimes even flee to another country.

This is at least how Fero Fenič, the famous movie director, screenwriter and producer, sees Febiofest, his own huge film festival, which is currently touring Slovakia.

Fenič, though himself a Slovak, founded Febiofest in the Czech Republic in 1993 “with the sole and only aim of bringing good films back on the screen,” as he told The Slovak Spectator.

“The beginning of the 1990s had brought along a flood of rubbish and the death of many cinemas,” he said. “That is why I decided to establish a film studio, Febio, which would fill the gap in domestic film production, and as there were no cinemas in which to present our pieces, I also launched a festival.”

But what was supposed to be a small event for a few enthusiasts very soon turned into a resounding success, with thousands of attendees every year, and 14 cinemas in Prague and another 25 throughout the Czech Republic as well as in Slovakia currently involved in the project. Within the last few years, stars such as Roman Polanski, Nikita Mikhalkov, Claude Lelouch, Isztván Szabó and Claudia Cardinale have attended Febiofest in person.

“This was not the first time in my life that I was surpassed by my own idea,” Fenič concluded.

Indeed, the festival has been even so capricious that its Slovak part is today almost completely independent from the Czech one.

“The Czech and Slovak versions of Febiofest, as far as programme, organisation and financial backing are concerned, are actually more or less separate,” stated Silvia Dubecká, director of the Slovak Film Clubs Association, which manages the festival. “However, the organisers of both share the same goals, namely presenting the local audience with the best of domestic and foreign movie production.”

The current, 16th, edition of Febiofest, which ran in the capital city between March 30 and April 5, is now touring eight more major Slovak cities, featuring 135 films.

The attendance has so far been very satisfactory, Dubecká said.

“Bratislava’s cinemas were swarming with viewers in spite of the beautiful spring weather,” she told The Slovak Spectator. “Such popularity of Febiofest is probably due to the fact that it is not meant for a limited group of people; everyone can find something of interest among the screened pieces.”

Moreover, Dubecká said she is particularly happy about the turnout of new Slovak films at Febiofest. And her husband, Peter Dubecký, the director of the Slovak Film Institute (SFÚ) and president of the Slovak Febiofest, added that as many as 12 of them are being screened within the festival programme, which he considers a huge success “given the fact that a few years ago, at most one or two movies in a year used to be produced in the country”.

Among the screened films are a few documentaries that were co-produced by the SFÚ, such as Zuzana Piussi’s Koliba that tries to trace the causes of the decline of the Slovak film studios of the same name, Tomáš Hučko’s Before The End of This Film (Kým sa skončí tento film), a portrayal of Tibor Vichta, a famous Slovak scriptwriter, and Martin Šulík’s TV series The Golden Sixties (Zlatá šedesátá) about different personalities of the local film-making scene.

According to Dubecký, not only the quantity but also the quality of the works is considerably higher.

“I am generally satisfied with all these pieces,” he told The Slovak Spectator. “After all, the SFÚ has done its best to help the directors and film-makers, financially as well as professionally. It is probably also thanks to such efforts that the New Films section of the Slovak part of Febiofest for the first time ever features more Slovak than Czech movies.”