MOST OF Slovakia’s Orthodox Christian believers are celebrating Easter – or Pascha – according to the Julian calender, one week later than the official state holiday, which is when Roman-Catholics and other Christians mark Easter. 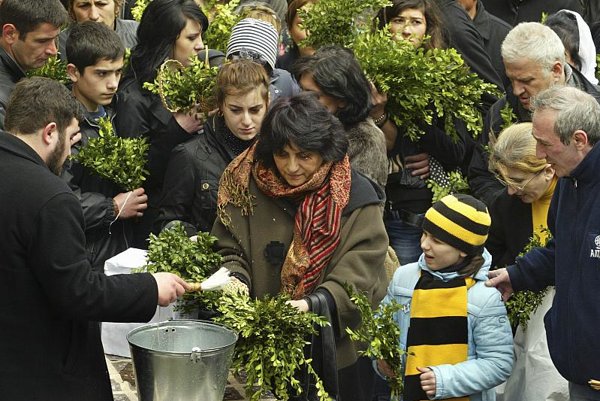 MOST OF Slovakia’s Orthodox Christian believers are celebrating Easter – or Pascha – according to the Julian calender, one week later than the official state holiday, which is when Roman-Catholics and other Christians mark Easter.

The secretary of the Orthodox Holy Synod, Milan Gerka, told the SITA newswire that of the 50,000 Orthodox Christians in Slovakia, only about 5,000 celebrated Easter on the weekend of April 10-13. They were mainly in the parishes of the Prešov eparchy: Humenné, Levoča, Vernár, Slovinky, Telgárt, Ľubica, Lomné and Závadka. The rest of the Slovakia’s 45,000 Orthodox had to wait until the following weekend to celebrate the “Pascha of Christ”, after Archbishop Juraj Stránsky, head of the Michalovce-Košice eparchy instructed all deanships and parishes to observe the same Pascha as the Russian and Greek Orthodox Churches.

This instruction affected believers in the districts of Michalovce, Trebišov and Sobrance, many of whom had previously adopted the Gregorian calendar. The bishop of Prešov opted for a gradual transition and left the decision of when to celebrate Easter up to believers themselves.

Meanwhile, the Jewish festival of Passover - or Pésach - began on Wednesday, April 15. Pésach is the feast commemorating the exodus of the Israelites from captivity in Egypt, the SITA newswire wrote.

The feast begins on the evening of the fourteenth day of the month of Nisan, and lasts for eight days. The first and last two days are holidays, the days between being semi-holidays on which household chores can be done. This year, the first evening, known as layla seder, was observed on April 15.

During their exodus from Egypt, the Israelites could not prepare yeast for their bread. They therefore baked flat, unleavened loaves; Pésach is also called the feast of unleavened bread.

Jews prepare throughout the year for Pésach. On the preceding four Saturdays, parts of the Torah are read in synagogues. The last Saturday before the beginning of the feast is known as Great Saturday. The highlight of the feast is the common dinner – or seder dinner – which is arranged according to numerous rituals and traditions from the texts of the seder Hagada. From these, the story of the Israelites wandering from Egyptian captivity is read, and every person present gets a chalice of wine, with the best chalice of wine prepared for the expected guest – Elijah, the prophet predicting the Messiah, for whom the door is left open.