THE WARM spring weather means the blossoms are in full bloom at the arboretum in Tesárske Mlyňany, near Zlaté Moravce. 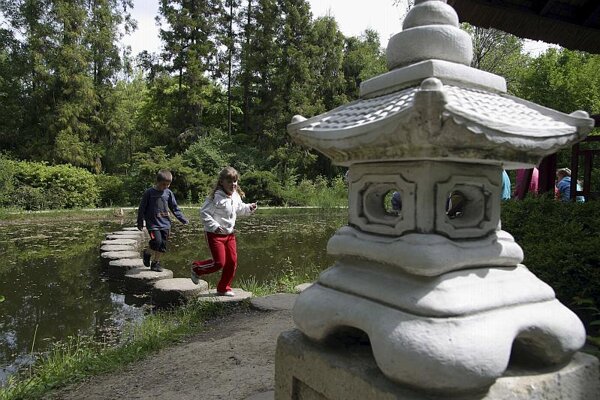 THE WARM spring weather means the blossoms are in full bloom at the arboretum in Tesárske Mlyňany, near Zlaté Moravce.

“Currently, we are experiencing financial difficulties, like almost everybody else," arboretum head Peter Hoťka told the SITA . "We are doing our best to prepare the arboretum for the start of the Ambrózy’s Days.”

The venue is open year-round, but is at its most beautiful from May to mid-June, when rhododendrons, pipe-trees and roses are in full blossom. In 2008, it was visited by 46,540 people; 17,504 of them came in May.

In February, the Regional Environmental Office in Nitra announced it would reduce the level of environmental protection for 30 parks in the region to the lowest, first grade. Mlyňany Arboretum was included on the list. Most of the parks are now covered by the third grade of protection; the arboretum falls under the fourth level.

“I hope there was a mistake made at the office; we filed an appeal, and we are now waiting for a reply,” Hoťka said, adding that the arboretum is the only Slovak park that fulfils the original intentions of its founder - collecting unusual woodland species and adapting them to the local climate. Today, more than 2,300 species of rare foreign trees can be found here, making it one of the biggest arboretums in central Europe.