Slovakia has produced a lot of emigrants: during past times of crisis whole families embarked on ocean vessels and crossed to faraway lands to pursue their dreams of a better life while during the communist regime many people left for political reasons. After the fall of the Iron Curtain and Slovakia’s entry to the EU many Slovaks started taking up jobs abroad in the prospect of new experiences, new employment skills and, of course, better salaries. The situation now seems to be changing. 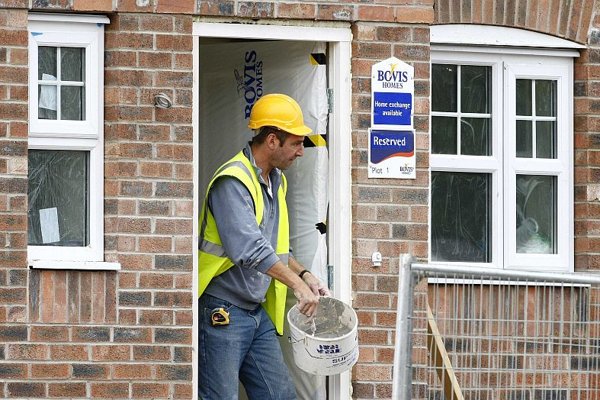 Slovakia has produced a lot of emigrants: during past times of crisis whole families embarked on ocean vessels and crossed to faraway lands to pursue their dreams of a better life while during the communist regime many people left for political reasons. After the fall of the Iron Curtain and Slovakia’s entry to the EU many Slovaks started taking up jobs abroad in the prospect of new experiences, new employment skills and, of course, better salaries. The situation now seems to be changing.

Initially, the country’s improving economic standing lured Slovaks back home but since last year it has also become the impact of the global economic crisis that is bringing Slovaks, especially those who held jobs with low qualifications, back home.

Since late 2007 the number of Slovaks working abroad has been decreasing and observers expect that this trend will continue. However, it is not workers in every kind of job who tend to return home: it is mostly workers with low qualifications. Human resources professionals also note that while in the past foreign experience had been an appreciated addition to a person’s CV, today it is giving competitive advantage to a candidate only if the foreign experience is gained in a person’s field of expertise.

Slovaks started to massively migrate to America in the 19th century and most of them were hired for manual labour in mines and forests. They were low-wage earners in America but still their pay was higher than what they would have earned in the then Austro-Hungarian monarchy. Their emigration culminated at the turn of 19th and 20th centuries, Peter Zubko from the Historical Institute at the Christian University in Ružomberok wrote in his History of Slovak Migration. At that time, the territory of current Slovakia had the highest rate of emigration in comparison to its population. Slovaks were also moving to large centres as Budapest and Vienna.

About a half-million Slovaks went to the United States between 1880 and 1914. Between the two world wars, about 200,000 people left Slovakia heading to the USA, Canada, France, Belgium and Argentina, according to Zubko. The third wave of emigration stretched from 1945 to 1989 when about 100,000 left, often illegally, in protest against the communist regime, fleeing persecution as well as to start better careers and lives.

“Slovaks leave their homeland to work abroad due to the lack of suitable work in Slovakia and in hopes of higher earnings, but also to obtain life experiences or improve their language skills,” Danuša Jurčová, a demographist at the Demographic Research Centre at the Institute of Informatics and Statistics told The Slovak Spectator. “The most frequent destinations of Slovaks are the Czech Republic, the United Kingdom, Hungary, Austria, Ireland and Germany.”

The Czech Republic is the most frequent employment destination of Slovaks since there are no language barriers and the countries share modern history from when the Czech Republic and Slovakia formed one state. Over the past decade, the Czech Republic was also viewed as being in better economic shape. Hungary and Austria have also become working destinations for Slovaks who live close to their borders and thus are able to easily commute to these countries for work. Great Britain and Ireland became a frequent destination for Slovak jobseekers after Slovakia entered the EU in May 2004 because those countries immediately opened their labour markets to citizens from the new member countries.

However, there are no available exact statistics on the number of Slovaks working abroad, either short-term or long-term. Though Slovaks are obliged to report to the state administration when they leave the country for more than three months, many simply ignore this obligation, according to Jurčová. The data of the social security provider Sociálna Poisťovňa cannot serve as a reliable source either since many Slovaks who work abroad keep paying their premiums at home.

“All the data on Slovaks working abroad are only estimations,” Jurčová said, adding that the migration of Slovaks has been underestimated. She has been working with data from the Slovak Statistics Office’s surveys, job agencies, and the EURES network in Slovakia as well as data from foreign countries where Slovaks work.

According to the Slovak Statistics Office, the number of Slovaks working abroad grew until the end of 2007.

The Prešov Region registered the biggest outflow of workers, which Jurčová diagnosed as a long-term trend. By 2004, people leaving the Prešov Region accounted for roughly one-third of Slovaks taking up jobs abroad. During the last two years the number stood at about 28 percent.

The outflow of the labour force from the Žilina Region was also significant, accounting for 27-30 percent of all migrants in the past, but it was only 15 percent of the work migrants in 2007. The number of people migrating abroad from the Nitra Region decreased during recent years as well.
The least number of workers going abroad to find job were from the Bratislava Region, only about 5 percent, Jurčová writes in Migrations in the Slovak Republic, an analysis, which she published in November 2008.

According to the Statistics Office, men made up two-thirds of Slovak work migrants, 70 percent of the migrants were between the ages of 25 and 34, and 80 percent had only secondary education.

“They mostly worked in industry and construction, hotels and restaurants,” Jurčová wrote. “Prevailingly, they filled positions as craftsmen and qualified blue-collar workers.”

Since 2007 the number of Slovaks working abroad has been decreasing and observers expect that this trend will now continue. At the end of June 2008, 165,400 Slovaks were working abroad, 8,500 less than in 2007, Jurčová wrote.

The latest data of the National Labour, Social Affairs and Family Office (ÚPSVAR) confirm that Slovaks are returning home and that in particular those with low qualifications are coming back.

During the final quarter of last year, 2,998 people who reported their last job in EU countries registered with Slovak labour offices as jobseekers. For the whole year ÚPSVAR had registered a total of 6,600 such jobseekers. They mostly worked as auxiliary workers, unqualified employees, craftsmen, repairmen and as machine operators. Most of them were graduates of vocational schools or had completed elementary school.

“Most people who lost jobs in the European Union returned to the Prešov Region,” Ján Sihelský, the head of ÚPSVAR said on January 20, as reported by the ČTK newswire.

There are some more reasons behind the return of Slovak workers: the weakening currencies of other popular target countries and the appreciation of the Slovak currency is one of them.

The impacts of the global financial and economic crisis and growing unemployment in these countries have been pushing many Slovaks home, she added.

“Great Britain and Ireland are undergoing a deep crisis and the drop in the value of their currencies was very significant,” Dalibor Jakuš, the executive director of Profesia which runs a job portal told The Slovak Spectator. “Returning from the Czech Republic, in particular, are people hired by agencies who were working at less qualified positions in industry, construction or trade.”

Recruitment agency Lugera & Makler sees Slovak employees working in the automotive industry and for their suppliers as the ones most hit by the crisis.

“Probably the most typical profile of a job applicant we register is a worker with experience as a machine operator, a stock keeper, or as a quality control technician but we also see more qualified positions in segments such as purchasing, engineering, human resources or customer service,” Katarína Bittalová of Lugera & Makler told The Slovak Spectator.

Another recruitment agency, CPL Jobs, reports the biggest inflow of job candidates from Great Britain, and not all of them had been seasonal or short-term workers.

“We see IT specialists, for whom conditions in Slovakia are already comparable with those abroad, coming back,” Zuzaba Weberová, the brand manager of CPL Jobs told The Slovak Spectator. In general, job agencies put the IT sector’s labour market as the least endangered as many companies keep looking for IT specialists.

Temporary recruitment agency Trenkwalder registers a wide spectrum of education levels of Slovaks returning from abroad, from blue-collar workers to managers. It believes that the foreign work experience of these jobless Slovaks may increase their chances to find new work in Slovakia.

“Their chance to get established in Slovakia will directly depend on whether companies open new working positions in Slovakia,” Jana Zedníková, spokesperson of Trenkwalder told The Slovak Spectator. “The foreign experience can increase their competitiveness. Firms are interested particularly in positions in IT, trade, finance, administration and services.”

The industrial sector is almost completely stagnating and that negatively affects the interest of companies in agency workers, she added.

“Also university graduates, who worked in less-qualified jobs in Great Britain driven by the motivation of higher earnings or obtaining language skills, are now returning in Slovakia,”
said Jakuš. “They apply for positions where they can use their education. But they often find that their foreign experience, if it was not in their specialisation, does not translate to any competitive advantage when they are compared with applicants with Slovak experience only.”

For companies the return of Slovaks from abroad increases competition in the local labour market and reduces brain-drain.

“For companies this means that expectations of job seekers have to become more real,” said Jakuš. “For the country, the return of educated people from abroad is interesting. One of the less visible effects may be a better relationship between employees (trade unions) and employers.”

It is very difficult to predict future developments in job migration of Slovaks, according to Jurčová, since it will depend on how hard the economic crisis hits individual countries and how their employment prospects will develop.

“I assume that the number of Slovaks working abroad will decrease, but it probably will not decrease below 100,000 – but this is quite a courageous estimate,” Jurčová of the Demographic Research Centre told The Slovak Spectator.