CHANGES in the Slovak university education system seem never to be quite sufficient. At the same time, any proposed change in the rules governing the universities is accompanied by passionate discussions not only in the political arena but also among the wider public. 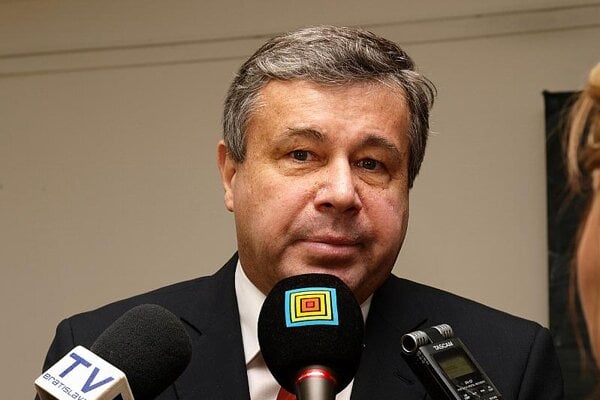 CHANGES in the Slovak university education system seem never to be quite sufficient. At the same time, any proposed change in the rules governing the universities is accompanied by passionate discussions not only in the political arena but also among the wider public.

The most recent attempt in Slovakia to change university rules was a proposed amendment prepared by Education Minister Ján Mikolaj from the Slovak National Party (SNS) and approved by the cabinet on January 21, 2009. But despite two attempts, the amendment has not been discussed in parliament. The text was twice put on the programme of regular sessions of parliament in March and April 2009 and both times it was withdrawn shortly before the session actually started.

“At the moment we are looking for enough political support for the amendment to the University Act to be passed by parliament,” Dana Španková, the spokesperson of the Education Ministry, wrote in a statement for The Slovak Spectator, adding that at the moment negotiations with political partners are taking place.

The text of the amendment withdrawn from parliament in April 2009 contained several changes relating to business activities by both public and private universities. While public universities would be allowed to form joint-stock or private limited liability companies and create joint ventures with commercial companies using the property they have received from the state, private universities would have their business activities limited solely to educational, research or artistic activities.

The latter is the reason why the Association of Rectors of Private Universities opposes the amendment, calling it discriminatory and “giving rise to doubts about its constitutionality”, the SITA newswire reported. The independent think-tank Slovak Governance Institute (SGI) supports the opinion of the private universities, saying that the amendment not only limits the economic development of the private universities but also limits their possibilities to gain new non-state resources that could be used to improve the education of students.

Rectors of private universities also find it risky for the education system to permit public universities to create or join business companies using their state-granted property and finances. The Movement for a Democratic Slovakia (HZDS) also objected to this clause in the amendment. HZDS chairman Vladimír Mečiar told the media this after a session of the governing coalition council, contradicting Prime Minister Robert Fico’s claims that the coalition is united on all points for the April parliamentary session, the Sme daily wrote.

Meanwhile, Mikolaj has withdrawn the proposed amendment from parliament, stating that he will try to include changes proposed by the rectors and win stronger political support for the text.

“This clause [about creating and joining companies] carries in it a risk of misusing the resources and property which were granted to the public universities by the state,” Monika Zakariášová, the spokesperson of the HZDS, told The Slovak Spectator. She said the amendment should only be presented to parliament if there is an agreement between the minister and the rectors as well as political agreement in the governing coalition.

Renáta Králiková, an analyst from SGI, does not believe that foreign universities will show much interest in the proposed state subventions because the whole process of obtaining them is too bureaucratically complicated. In addition to that, she says that over the past two years the laws have been changed in such a manner to create legal uncertainty for the private universities operating in Slovakia, which now have a legal framework significantly different from what it was in 2002. The frequent changes in the legal framework are creating uncertainty that the foreign universities will not be willing to face.

“Therefore, we don’t believe very good schools will use this opportunity of getting subventions; perhaps, it will be those schools which will be trying to use the potential quantity of students in Slovakia which could assure them a lot of money,” Králiková told The Slovak Spectator.

However, there are several other needed changes to the university system that are not addressed by the current amendment, such as the accreditation process, tuition fees, and the categorisation of students into full-time and part-time, said Králiková.

The whole system should be focused on the outputs of the educational process rather than just its inputs: for instance, there is no need to strictly divide students into full-time and part-time, with two different sets of rules for both categories, but rather there should be more stress on what the graduate – the output of the educational process – should know and be like, said Králiková. She also said that the accreditation process as it stands today evaluates mainly the inputs and does not pay attention to the results of the educational process. In addition the accreditation is at the moment perceived by the universities as a formal and bureaucratic process and not as a mechanism securing at least basic standards of higher education.

“The whole approach to university education should be different, and that goes beyond the scope of just this amendment,” Králiková told The Slovak Spectator, suggesting that the time has come for a totally new university act to be written. According to her, the act currently has over 100 paragraphs and dozens of pages and it is internally inconsistent.

The new law, in her opinion, should be shorter and contain fewer details about the actual functioning of a university and its organs.

“Universities should be trusted more, but also be required to take more responsibility,” she concluded.