SLOVAKIA, clutched in the fist of the economic crisis, has produced another gloomy statistic: the number of jobless at the end of March exceeded 10 percent, climbing to the highest level since mid-2006. And it is likely to climb even higher, suggest market watchers who attribute the growing army of unemployed to slumbering demand across the European market and nearly-paralysed export production in Slovakia. Labour market observers also say that the country’s problem with long-term unemployment is hardly new and that steps are needed to get the labour force into shape for the time when production lines are humming on again. 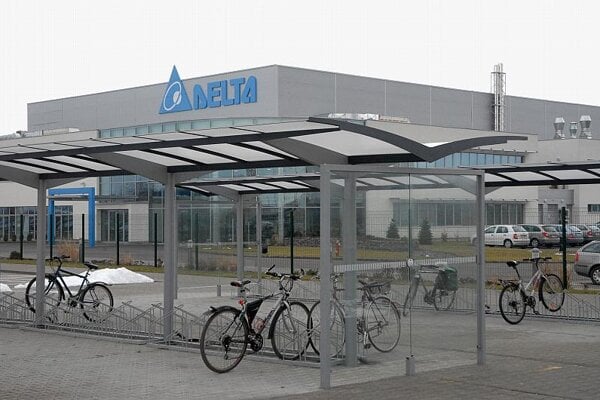 SLOVAKIA, clutched in the fist of the economic crisis, has produced another gloomy statistic: the number of jobless at the end of March exceeded 10 percent, climbing to the highest level since mid-2006. And it is likely to climb even higher, suggest market watchers who attribute the growing army of unemployed to slumbering demand across the European market and nearly-paralysed export production in Slovakia. Labour market observers also say that the country’s problem with long-term unemployment is hardly new and that steps are needed to get the labour force into shape for the time when production lines are humming on again.

Registered unemployment reached 10.33 percent at the end of March, up 2.74 percentage points from March 2008. Regional labour offices registered 273,779 unemployed immediately available to be hired, 16,215 more people than in late February and up by 75,768 people year-on-year, according to the National Labour, Social Affairs and Family Office (ÚPSVAR). According to ÚPSVAR, the average length of joblessness is now 10.26 months.

Slovakia has a strongly export-oriented economy and reduced spending among the country’s major trading partners is resulting in a drop of demand for Slovakia’s products, leading to a slowdown in production, extra - or longer - company break-times, and the potential shutdown of operations, as well as the layoff of employees, said Eva Sárazová, analyst with the Poštová Banka.

The crisis has most significantly affected the export-oriented sectors of the economy, Sárazová added.

“We assume that the jobless rate will continue growing all year, and at the end of the year we expect it to reach 12.6 percent,” Sárazová told The Slovak Spectator.

Michal Páleník, the project manager of the Employment Institute, a non-profit non-governmental organisation said that the first quarter of the year is regularly problematic in the Slovak economy.

“It is not surprising that the jobless rate has climbed this high,” Páleník told The Slovak Spectator. “But certainly the crisis has contributed to it to a large degree.”

According to Sárazová, the higher unemployment rate in Slovakia might also be influenced by the return of those Slovaks who had been working abroad.

“Higher unemployment rates, indeed, have become a reality not only in Slovakia but also in other economies where Slovaks had been massively moving with the prospect of high incomes,” she said.

The jobless rate in Banská Bystrica Region, in central Slovakia, climbed to 16.91 percent while Prešov Region, in the east of the country, reached 15.62 percent and Košice Region stood at 15.30 percent. Western Slovakia’s Bratislava Region reported the lowest unemployment rate at 2.97 percent and Trnava Region stood at 6.18 percent, according to labour office data.

The risks of layoffs in labour markets are intensifying eastward, said Sárazová suggesting that due to the economic crisis the number of available jobs has been dropping as well.

Sárazová noted that unemployment rates have been rising throughout the European Union.

In early April, Slovakia’s central bank revised its forecast figures for GDP, suggesting that the country’s economy would contract by 2.4 percent in 2009. Its previous estimate in late 2008 had projected growth of 2.1 percent for 2009. The central bank attributes its revision entirely to the global economic downturn and says Slovakia’s economy should resume growing in 2010.

“The crisis and the related dip in economic activity and production and the higher unemployment rate are causing considerably less money to flow into the tax revenues of the public budget,”

Sárazová said. “For this year we estimate the recession of the Slovak economy at -2.7 percent. With such an estimated dip in our economy, we estimate the deficit in public finances to be at the level of -4.5 percent of GDP.”

A significant problem, according to Páleník, is that most of the jobless in Slovakia are long-term unemployed.

“They lack working skills and routines and employers worry about hiring them because they lack references and employers do not know how these people would behave in work,” Páleník said. “This is a very predictable behaviour on the part of employers.”

Páleník said that this is one of the reasons why social companies could be beneficial, where a person actually works and it would be possible to find out about the person’s qualities.

“This is something, for example, that short-term public works do not accomplish since they do not support obtaining working skills,” said Páleník.

According to Páleník, the greatest problem of the Slovak labour market is insufficient demographic mobility. He mentioned the example of laid off miners from the Siderit mine who were unwilling to work for a different mine despite the efforts of the labour offices.

The management at Siderit, an iron-ore mining company in Nižná Slaná, announced last year on October 27 that, after years of financial troubles, the company was entering bankruptcy and the closure of its mine left about 600 of Siderit’s employees jobless.

Páleník also listed Slovakia’s low level of life-long learning, which is one of the lowest within the European Union, along with its bottom level of investment in the education of jobless workers as other significant problems. Páleník said that in Slovakia this amount is around €12 annually for each unemployed person while, in comparison, Austria spends around €5,000.

“Last year and in the previous years about 3 percent of the unemployed accessed education, which is a negligible percentage,” said Páleník.