Learning more about auditing from the Big 4

AUDITING is not only checking out the numbers on a balance sheet. The job of an auditor is much more, embracing aspects related to the financial crisis, other financial statements and fraud. 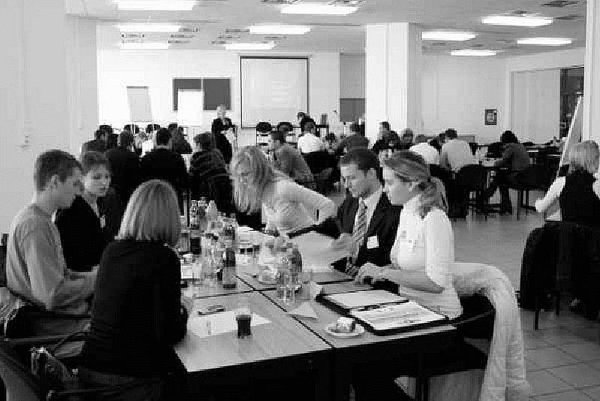 AUDITING is not only checking out the numbers on a balance sheet. The job of an auditor is much more, embracing aspects related to the financial crisis, other financial statements and fraud.

Students were able to find out about all this at Big4Day, an event organised by the world’s four leading consulting companies which joined together to give a closer insight into the profession of auditors to university students, Petra Polednová, country representative of the Association of Chartered Certified Accountants (ACCA) for Slovakia, told The Slovak Spectator.

Big4Day, sponsored by Deloitte, Ernst &Young, KPMG and PricewaterhouseCoopers at the University of Economics in Bratislava in late November 2008, offered an opportunity to meet the management of these large consulting companies and to access what they do and why it is unique from other professions.

Students attended four interactive workshops, each of which was organised by one of the companies and focused on one of the following aspects of the profession – the Financial Crisis, Audit, Financial Statements and Fraud. The morning session finished with an ACCA presentation introducing its professional qualifications for finance and accounting businesses.

In the afternoon, students played a Business Game in English. Throughout the game groups of four to six students planned a pop concert and they were required to make a series of decisions that would impact their final profit margin.

In total, 100 students attended the workshops and 40 joined in playing the Business Game.