AFTER two failed bank robberies in Bratislava on April 18, an as-yet unidentified perpetrator finally succeeded in stealing about €30,000. 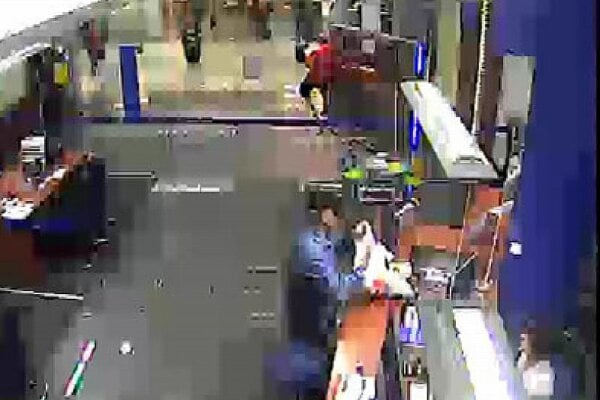 AFTER two failed bank robberies in Bratislava on April 18, an as-yet unidentified perpetrator finally succeeded in stealing about €30,000.

Police believe that in all three cases, the criminal was the same person. Bratislava police spokesperson Tatiana Kurucová told the SITA newswire that the first robbery took place in a shopping centre in Einsteinova Street around noon, when a masked man entered a bank and demanded cash. A bank employee refused to hand any over and the assailant ran away, leaving his gun in the bank; later investigation revealed it to be an imitation weapon.

Nobody was hurt in the incident, which involved a man wearing a blue denim shirt or jacket, blue jeans and white trainers.

A similar attempted robbery took place in the afternoon, in another shopping centre – this one in Zlaté Piesky in Bratislava – again without success. A masked man in his fifties with a white scarf on his face in blue denim clothes asked for money from a bank employee, but was again refused – and again fled. Nobody was hurt, the Sme daily wrote.

Finally, someone in blue denim clothes and with a white scarf on his face – but this time also wearing sunglasses and with what appeared to be a gun – entered another bank in the Bratislava shopping centre in Einsteinova Street and demanded money. An employee gave him approximately €30,000 and he escaped. The police are investigating the case.