THE CONTRACT which has so far forced one minister to resign and led the European Commission to launch an investigation into the non-transparent way in which it was awarded – an investigation which brings with it the prospect of Slovakia losing out on European money – has now been annulled. 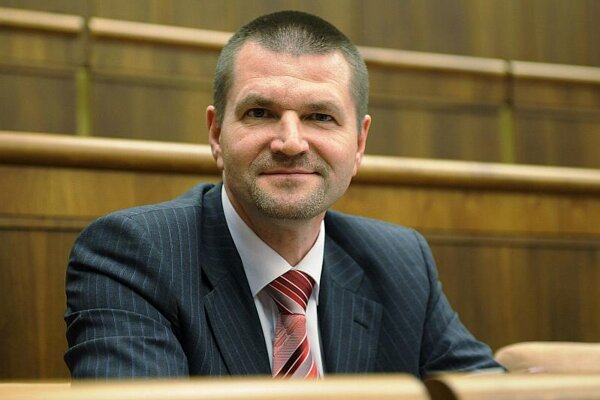 THE CONTRACT which has so far forced one minister to resign and led the European Commission to launch an investigation into the non-transparent way in which it was awarded – an investigation which brings with it the prospect of Slovakia losing out on European money – has now been annulled.

The new construction minister, Igor Štefanov, arranged the termination of the dubious contract by agreement with the consortium of firms which had been awarded it, four days after he was ordered to do so by Prime Minister Robert Fico.

The consortium’s leading firms – Avocat and Zamedia – are reported to have close links to Ján Slota, the leader of the Slovak National Party (SNS), which is a junior member of the governing coalition.

Both Štefanov and former construction minister Marian Janušek, who resigned after an official investigation found that public procurement rules had been broken in awarding the €120-million tender, were nominated to their positions by the SNS.

The contract was awarded after the original tender notice was advertised solely on an internal bulletin board at the Construction and Regional Development Ministry, in an area not normally accessible to the public. The winning consortium was the only bidder.

On April 28, the consortium, which was awarded the contract in 2007, said it agreed to the cancellation of the deal, which was to provide services related to the distribution of European Union (EU) funds.

Meanwhile the European Commission (EC), the executive branch of the EU, said that the union would not reimburse Slovakia for money that it has paid to firms based on the contract so far.

“Any expenditures incurred under a contract which is not concluded in line with all relevant rules are ineligible for reimbursement from EU funds,” Dennis Abbott, spokesman for Danuta Hübner, the European Commissioner for Regional Policy, told The Slovak Spectator. “However, the Slovak
authorities will not lose any EU money due to the cancellation of the contract. They will be able co-finance other eligible projects instead.”

Abbott said the EC welcomed the news that the Slovak government had requested the termination of the so-called bulletin-board contract.

“The Commission has been urging the authorities to resolve this issue since last December,” Abbott added.

The EC launched an infringement procedure against Slovakia on April 14 by sending a letter of formal notice and requesting all relevant documentation concerning the public service contract and procurement procedure in question.

Slota – who is not himself a minister or a member of the government - said that Štefanov would cancel the tender but that the money paid out would not be returned.

“Why should they?” said Slota, as quoted by newswire SITA. “If someone prepared some training or something, why should they repay? If you buy bread and you eat it…”

According to the Sme daily, €11.6 million has so far been paid out under the contract. However, the Cabinet Office said that it had not yet received a detailed analysis of the use of finances based on the contract.

Spokeswoman Silvia Glendová told SITA that only after the analysis is submitted it would become clear how the funds have been used.

The parliamentary opposition has initiated a no-confidence debate in parliament in an attempt to oust Štefanov for what it calls his close involvement in the flawed tender. Prior to his elevation, Štefanov was a key deputy of Janušek, the ousted minister; Štefanov’s signature appears on many of the key tender documents.

Political ethics watchdogs were critical of Štefanov’s nomination to the post and of Fico for accepting the SNS’s terms.

Fico and the possible coalition crisis

In a reference to the SNS, for which the government partly relies for its majority in parliament, Fico said that Slovakia’s ability to draw on EU funds is, for him as prime minister, more important than internal relationships within the ruling coalition.

“Whether the SNS likes or it does not like my steps or decisions, I tell you very openly, today I do not really care,” Fico told TV news channel TA3 during a political debate.

Fico also rejected criticism that he had not acted promptly enough over the tender.

“The case started evolving at the end of November 2008,” Grigorij Mesežnikov, president of the Institute for Public Affairs think-tank, told The Slovak Spectator. “[Fico’s proceeding in relation to it] was an example of very slow action, which harmed Slovakia’s image.”

Mesežnikov added that Fico actually proceeded with some regard to his relationship with the SNS, and thus deepened the non-transparent nature of the tender.

Meanwhile, another SNS nominee, Environment Minister Ján Chrbet, also has some explaining to do in association with reports that his ministry sold the country’s European emissions quotas for only two-thirds of the price obtained by its Czech or Ukrainian counterparts
Despite all this, political analyst László Öllős does not expect complications stemming from the tender to substantially damage relations within the ruling coalition.

“I do not expect the ruling coalition to fall apart,” Öllős told The Slovak Spectator. “I think that other opportunities linked to these ministries will keep the SNS in the government.”

Öllős said that the SNS would make its calculations and would create problems only from which it would be able to benefit in certain ways.

“The Movement for a Democratic Slovakia (HZDS) [the other junior coalition party] will also make calculations and manoeuvres,” Öllős told The Slovak Spectator. “Vladimír Mečiar is an experienced enough politician to start using the space which is opening up. He will try to conclude different internal coalition agreements, most probably with Smer [the largest coalition party].”

Öllős was not able to tell whether all three ruling coalition parties would strive to preserve the coalition.

The other two parties will want to stay in the ruling coalition until the next parliamentary elections and certainly would want to share power even after the next elections, Öllős said.

“It is hard to say whether early elections would harm the SNS and HZDS; it depends on the conditions under which the ruling coalition falls apart,” Öllős told The Slovak Spectator.

The political analyst does not expect Fico to now turn into a tougher prime minister since these scandals had been known about for some time and Fico’s calls for action emerged only after the EU had taken an unambiguous stand, Öllős concluded.

Mesežnikov suggested that as Slovakia celebrates its fifth anniversary of EU membership this year, the so-called bulletin-board case is a good indicator of the change in Slovakia’s relationship with the European Union.

“Today, after five years, the most visible part of the European agenda in Slovakia is the scandal with the bulletin-board tender in drawing EU funds in Slovakia,” Mesežnikov said.

According to Mesežnikov, the EU, by demanding all the data on the tender, has in fact indicated its mistrust towards Slovakia.

“Of course the image of Slovakia has been tarnished,” Mesežnikov concluded.