Food retailers' margins to be regulated

A GROUP of governing coalition MPs has decided that food retailers in Slovakia are making too much money, that shops charging the highest price which customers are willing to pay is “perverse”, and that profits from selling food need to be curbed. 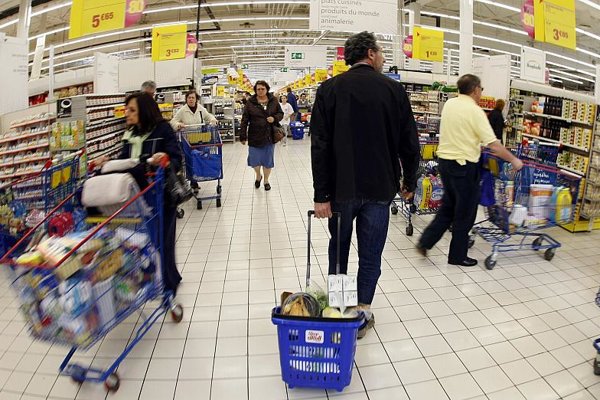 A GROUP of governing coalition MPs has decided that food retailers in Slovakia are making too much money, that shops charging the highest price which customers are willing to pay is “perverse”, and that profits from selling food need to be curbed.

They have drafted an amendment to the law which would outlaw retailers whose revenues exceed €50 million per year from making a margin of more than 20 percent on the sale of food. The amendment has already passed its first reading in parliament.

The MPs behind the legislation say that one of their aims is to protect food producers from powerful retail chains. But the chains have criticised the planned law, saying that all it would do is create opportunities for discrimination, while at the same time interfering in the operation of the free market.

Observers argue that the country already has legislation to regulate the relationship between retailers and suppliers: the law on inadequate conditions in commercial relations, which also attracted criticism from retailers when it was passed.

One of the MPS behind the law, Zdenka Kramplová, a deputy for the Movement for a Democratic Slovakia (HZDS), told The Slovak Spectator that it would also address the price at which shop owners sell their products to end-consumers.

According to Kramplová, the main motivation for the new law, which would take the form of a revision to the law on prices from 1996, is the fact that consumer prices have remained high even after the significant recent drop in the prices of commodities and fuels.

“During an economic crisis the state must protect the lower-income groups because everybody needs to eat and I consider food a strategic product,” Kramplová told The Slovak Spectator. “We simply cannot blindly accept the philosophy of retailers that if the customer is willing to pay a certain price, then this price should be maximised. In the case of food products such a philosophy is perverse.”

However, the retail chains suggest that legislation will not necessarily lead to lower prices, nor will it benefit the free market.

“We are fundamentally against the proposed revision to the law, which is at odds with the principles of a market economy and would represent an intervention in the free business environment,” Olga Hrnčiarová, the corporate affairs manager of Tesco, told The Slovak Spectator.

Gabriel Csollár, chairman of the board of directors of retail chain Coop Jednota, said the draft harshly contradicts the right to free business and the attributes of free trade, in which a strong competitive environment guarantees controls over everything.

“By defining a maximum [profit] margin for food products, a business’s right to decide over its active trade policies in relation to the competition, in response to supply and demand, and in relation to the supplier-buyer relationship is being limited,” Csollár told The Slovak Spectator.
According to Csollár, any intervention in market mechanisms only destabilises the commercial environment and creates inequality.

Kramplová argues that the Slovak market already contains inequality and that her revision does not create any more.

“I am asking: does a seller from a small store have in comparison with the large chains equal negotiation conditions?” Kramplová said. “No, he doesn’t. So there is inequality on the market.”

Kramplová also referred to a report by the European Parliament on food prices, published in February, which she said suggests that consumer prices in supermarkets are on average five times higher than the output price paid to farmers.

“The situation in the agriculture sector is critical and many food producers have gone bankrupt or are selling their products at below the production cost, while retail chains are boosting their turnover and opening new stores,” Kramplová said. “As a consequence of economic forces, in this area competition between food producers and consumers has disappeared and the rules are being set by those who own the retail chains.”

Kramplová stressed that her draft is not a proposal on price regulation, because prices are left to the supplier and buyer to agree.

“The measure only aspires to regulate the market environment, which in consequence of the predatory behaviour of trade is abnormal, while by setting clear rules and proceedings it is certainly controllable,” Kramplová added.

“The price is not created in the store,” said Csollár. “It is created in the whole chain; from the farmer, through the producer, supplier, and the state, up to the store. It is impossible to regulate only one part of the chain. In that case everybody must be regulated; and on top of that even energy suppliers, the price of labour, the price of materials would have to be regulated.”

But then we would no longer be talking about a market economy but a planned economy, Csollár added.
“We had that once and we know how it ended,” he said. “If only one element of the price chain is regulated, then we call it discrimination.”

The proposed law would affect half of the Coop Jednota group which, among others, includes 28 business units engaged in food retailing, Csollár explained.

Csollár also suggested that, paradoxically, setting a maximum margin for food products might result in a rise in food prices.

“Since in general the trader will not be able to push up the price of luxury foods either, then margins will be reflected in the prices of everyday food products,” said Csollár.

Based on data released by the Statistics Office for the first quarter of 2009, the crisis has not had such a dramatic impact on the sale of food products as on the sale of industrial products, where there have been substantial falls, according to Csollár.

However, “shopping tourism by Slovak citizens to neighbouring countries is reducing our turnover,” Csollár told The Slovak Spectator. “We are also finding it hard to cope with the huge drops in the values of the currencies of Poland, the Czech Republic and Hungary – by about 30 percent - and with their lower VAT rate for food products.”

Csollár said that the government could help domestic producers most by lowering VAT on food products and reducing payroll taxes.

However, the Slovak government has so far resisted the idea of lowering VAT on food products.

In response to the proposed legislation, which was drafted by MPs Kramplová and Ivan Varga, of the Smer party, the Finance Ministry has suggested that relationships between retailers and food producers are sufficiently regulated by the law on inadequate conditions in commercial relations, according to the Sme daily.

Hrnčiarová also referred to the law on inadequate conditions in commercial relations, which in her opinion already addresses the area of supplier-customer relationships.

The act, passed in 2007, was intended to protect the suppliers of large commercial retail chains against certain commercial conditions and practices defined as unfair. The law applies to the sale of products or services to end-consumers at prices lower than their production cost or the purchase price for which the goods were supplied to the retailer. The law prohibits this practice in principle, though prices may still be trimmed on the basis of a specific agreement between the supplier and the retailer.

Kramplová said that this law does not address the relationships between the operator of stores and the end-consumer.

“The proposed revision solves the issue of the price at which the operator or owner of the store sells the food products to the end-consumer; so it is a problem to which the law from 2007 does not apply at all,” Kramplová said.