LACK of focus on customer needs and inefficiently-run businesses are among the biggest problems for doing good business in central and eastern Europe (CEE). On the other hand, Slovak managers have been found to be hard working and ambitious and the business environment is dynamic. Women managers are outperforming male managers. These are a few of the major findings from research conducted in six EU member countries by Target International Executive Search Group, together with Henley Business School. 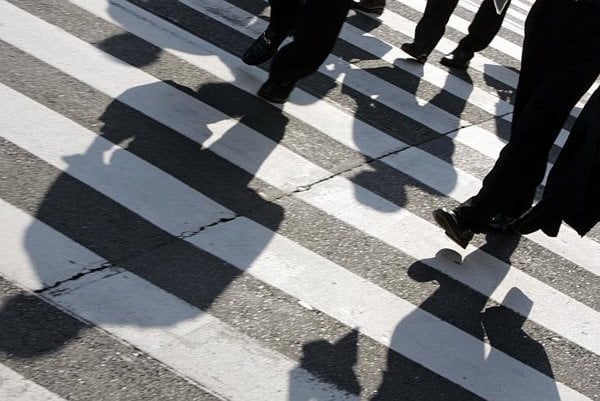 LACK of focus on customer needs and inefficiently-run businesses are among the biggest problems for doing good business in central and eastern Europe (CEE). On the other hand, Slovak managers have been found to be hard working and ambitious and the business environment is dynamic. Women managers are outperforming male managers. These are a few of the major findings from research conducted in six EU member countries by Target International Executive Search Group, together with Henley Business School.

While there are some general characteristics shared within the region, there are also significant differences between the management cultures of Bulgaria, the Czech Republic, Hungary, Poland, Romania and Slovakia. Slovak managers finished high in teamwork, flexibility and adaptability; and company loyalty ranked among their most important positives, according to the Slovak arm of the executive search group, Target SK, which provided The Slovak Spectator with the results of the study conducted in 2008.

“The study clearly shows what foreign managers working in the region see as major obstacles to be overcome and as opportunities for business growth.” explained Clive Bennett, partner of the Lisbon-based headhunting firm, Ad Capita, and co-author of the study. “We believe that local managers could benefit from analysing the results of this study in order to change less desirable management practices and to build on their strengths. In these turbulent times creating competitive advantage in management is a key success factor. One thing is undeniable: this region has undergone an extraordinary transformation during the past 20 years.”

According to Chris Brewster, the other co–author of the study and Professor of International Human Resource Management at Henley Business School, the managers must focus on the customer to sustainably grow their business.

“The momentum of rapid growth and the competitive advantage of cheap labour will not last, so deeper and more sustainable competitive factors are needed,” said Brewster. “Customers have to be listened to and management has to be much more effective. We identified three specific aspects of particular concern: poor teamwork, ignoring deadlines, and reluctance by managers to take personal responsibility. Changing these behaviours could have a powerful effect on business success.”

The study underlines considerable differences in what are seen as the best and the worst aspects of management culture in each of the six countries.

Slovakia’s managers’ culture, which ranks second to Poland in how their performance is seen by the expat managers, is described as the least bureaucratic, the most cooperative, flexible, and loyal. The least amount of entrepreneurial spirit and being too formal are the negatives listed in the research study.

In the ranking, the Czech Republic finished third, followed by Romania, Hungary and Bulgaria.
Slovakia is one of the most successful, both economically and also, from this survey, in terms of management culture. Expat top managers rank among the most important positives for Slovak managers the following: teamwork, flexibility and adaptability, taking the initiative, accepting decisions taken in meetings, company loyalty, and less bureaucracy. As noted above, the most significant characteristics ranking in the bottom positions were lack of entrepreneurial spirit in managers and too much formality in hierarchies and communication.

The study also points out that corruption is still a problem in Slovakia, as in all the CEE states. Slovakia displays some subtle cultural differences from its neighbours. The positives identified above show that Slovaks are rather well-organised and can plan solutions to problems well. There is a willingness to take responsibility and to change the way of working when the situation requires. This is a resourceful culture that will work hard and in a team to get results: almost certainly one of the benefits of being a small, cohesive country, the report says.

There is still a tendency to protect position with titles and hierarchies but, as in other countries, the new generation of managers, more dynamic and less insecure, is likely to change that as they push up through the ranks, the report notes.

The authors write that Slovakia is a small but dynamic country that was evaluated very positively. The people are clearly hardworking, determined, structured and outward-looking. Slovaks scored especially well in those survey items related to organisational skills and to market orientation, and, what is judged by the authors to be most important of all, their willingness to take responsibility.

“The study gives a powerful confirmation of our experience: women are much better managers in CEE than men”, states Klemens Wersonig, founder and CEO of the Target International Executive Search Group, the sponsor of the study. “We have seen that trend emerge in our daily recruitment business. In private, more and more male expatriates tell us they prefer to hire women.

“We wanted to have this topic officially checked and as the study shows, two-thirds of all expats agree with this statement. It is also true in general that the study confirms most of our 15 years of experience. The human side of the business is one of the most important aspects; therefore the solution to lead companies out from the current economic difficulties is by rethinking the management culture and concentrating on core values of business success such as customer focus, teamwork and integrity."

The study was based on responses to a questionnaire sent to over 5,000 managers in the six countries. A total of 1,169 valid responses were received.