THE FICTITIOUS character of a good-humoured miner that symbolises the life of several generations in the Štiavnica hills, and is part of the cultural heritage of Banská Štiavnica, a historic mining town in central Slovakia, was revived on April 24 for several hours to warm the hearts of story lovers. 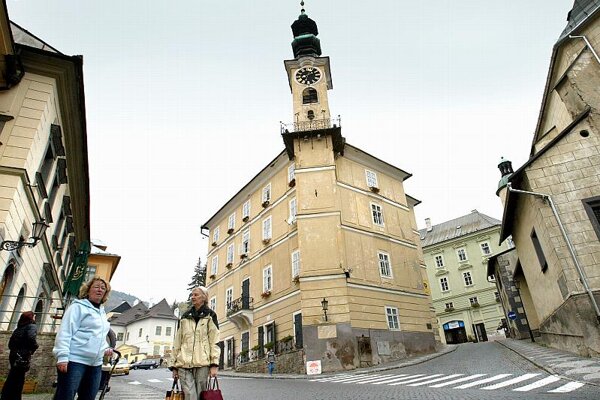 THE FICTITIOUS character of a good-humoured miner that symbolises the life of several generations in the Štiavnica hills, and is part of the cultural heritage of Banská Štiavnica, a historic mining town in central Slovakia, was revived on April 24 for several hours to warm the hearts of story lovers.

During the fifth year of the Nácko’s Štiavnica event, almost a hundred people recalled not just the stories from the lives of miners, but also made the famous Nácko’s trip to Hronská Dúbrava and back aboard the historical train Štiavnická Anča.

According to Mária Petrová, the head of the Cultural and Educational Centre of Pohronie (POS) in Banská Štiavnica, who was one of the organisers of the programme, the tradition of Nácko’s Štiavnica helps to keep alive not only the memory of this merry character and ancient mining traditions, but also aims to revive the slowly disappearing Štiavnica dialect.

“This will be very hard, as only a few old inhabitants of Štiavnica can now speak the original dialect. That’s one of the reasons why Nora Bujnová, who has been collecting old expressions and words and who is preparing a dictionary, also organised a quiz about the Štiavnica language,” Petrová told the TASR newswire.

This year’s meeting was supported by partner associations and clubs from Hodruša, Handlová and Zvolen and was symbolically dedicated to the personality of Jozef Osvald, a long-time performer of the character of Štiavnica Nácko.

The renowned collector and performer of Nácko’s stories modestly said that, so far, he had managed to process 1,300 texts that had been published in five publications.

“A joke cannot be created; just a story can be described. But what I see as being to my credit is that I have dressed Nácko,” the former miner, 73, added. He is looking forward to the unveiling of a promised statue of the Štiavnica icon.

The name first and mostly connected with stories about Nácko in Banská Štiavnica is Jozef Vášáry, the local Slovak language teacher and father of two popular actresses. Vášáry performed in a miner’s ceremonial uniform, but as his successor pointed out, these clothes were often not apt for the role of a simple, though good-hearted miner.

“I dressed him in chequered shirt, old trousers and gave him moustache, as every miner used to grow it,” Osvald explained. Later, the performer’s ideas were visualised by painter Igor Lackovič from Prievidza, and today more than a hundred drawings exist depicting the funny stories of Nácko with his red nose and a pipe.

As Petrová confirmed, although the character is fictitious and impersonates the life of miners in the past, funny stories are popular with current generations, too.

“Mr. Osvald will no longer be the narrator, but he has found a disciple in Ján Furinda - and the Nácko character has also been performed by Štiavnica’s school pupils,” Petrová said, adding that the character’s following has in the meantime grown into a new science and hobby: Náckology.