LAST YEAR, Slovak speleologists recorded a series of successes when exploring and researching caves in the country and abroad – as they reported at the 18th Speleomíting gathering in the town of Svit, below the High Tatras. 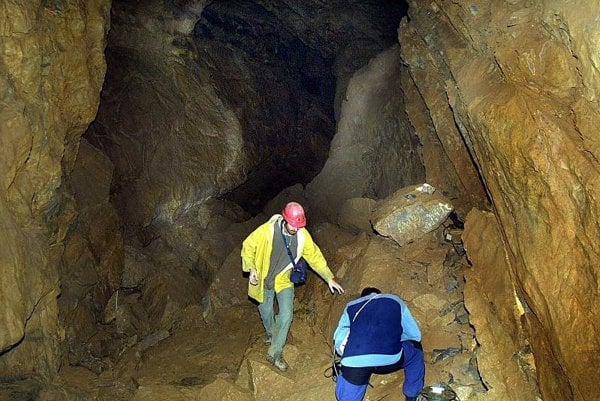 LAST YEAR, Slovak speleologists recorded a series of successes when exploring and researching caves in the country and abroad – as they reported at the 18th Speleomíting gathering in the town of Svit, below the High Tatras.

The event commemorating the 60th anniversary of the formation of the Slovak Speleologists’ Society (SSS) gathered together more than 200 cavers from Slovakia, the Czech Republic, Poland and Romania.
“At the Speleomíting, we regularly recognise and award the most important discoveries and research results from the previous year,” said the long-term organiser of these meetings, Oľga Miháľová, to the TASR newswire. This year, members of the Speleo-Club of Comenius University in Bratislava and cavers from SSS clubs, led by Branislav Šmid, received the award for discoveries they made in the Mesačný tieň (Moon Shadow) cave in the High Tatras. Last October, they discovered and explored 1,300 metres of new underground caverns in what is Slovakia’s fourth longest (19 kilometres) and second deepest cave.

An award for exploration and research, as well as documentation, of the Balkan Karst region, especially the Slovačka jama cave in the Jakupica mountain range of Macedonia went to the members of the Červené vrchy speleological club and other SSS clubs. This international expedition of 21 cavers, 17 of them Slovaks, descended to 524 metres below ground and measured more than a kilometre of new tunnels and caverns. Another expedition is planning to head to the same region later this year.

Members of the Liptovský Trnovec club received an award for their work scientifically processing palaeontological finds associated with the cave lion from the Bear Cave (Medvedia jaskyňa) in the Western Tatras.

“In Slovakia, we have now recorded about 5,500 caves and caverns,” Miháľová said. “Our speleologists are among the best.”