Another SNS minister bites the dust

ANOTHER minister nominated by the Slovak National Party (SNS) has lost his job. Environment Minister Ján Chrbet, who had held office for less than a year, is the second SNS minister in just the past month to be forced out over a dubious public contract. 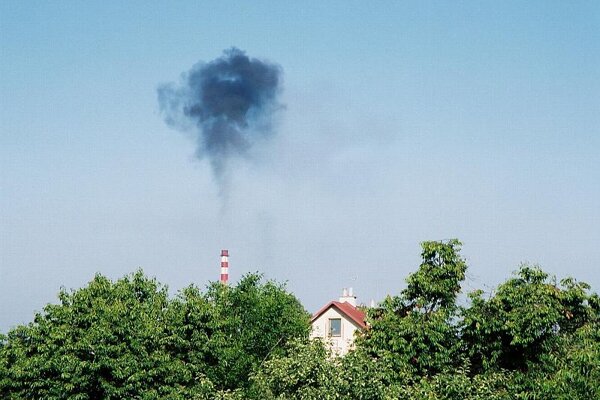 ANOTHER minister nominated by the Slovak National Party (SNS) has lost his job. Environment Minister Ján Chrbet, who had held office for less than a year, is the second SNS minister in just the past month to be forced out over a dubious public contract.

It was announced that Education Minister Ján Mikolaj will temporarily oversee the Environment Ministry.

Prime Minister Robert Fico announced on May 5 that Chrbet would go after he had failed to observe an ultimatum to disclose details of a controversial contract to sell emissions quotas. The contract allowed a newly-formed company to buy Slovakia’s excess emissions quotas at only two-thirds of the price for which Slovakia’s neighbours Ukraine and the Czech Republic sold their own quotas. The prime minister said on April 25 that if Chrbet failed to publish the contract he would be asked to leave.

But on May 5, Chrbet said that he would not disclose the terms of the contract following the categorical refusal of the firm which bought the quotas. At the same time Chrbet continued to defend the contract and said that the Slovak cabinet should decide.

“Cancelling the contract is a step against common sense to me and it is up to the judgement of my colleagues in the cabinet whether they confirm the transaction we carried out or they use the possibility of cancelling the contract that I negotiated without further losses, not a single cent for Slovakia,” Chrbet told a press conference on May 5.

Fico said that he read with great surprise the transcripts of Chrbet’s press conference.

“I am no longer interested in a minister who uncaringly drags the whole government of Slovakia into his departmental issues and thus also the governmental parties into affairs which belong entirely to his department,” Fico told media.

Fico added that the minister should not shirk political responsibility by transferring the whole problem to the government.

Chrbet has been criticised for both the sale itself and his reluctance to disclose the details of the contract. The opposition Slovak Democratic and Christian Union (SDKÚ) party has claimed that Slovakia probably lost tens of millions of euros on the deal.

Interblue Group, the company which was sold the quotas, was set up and registered in the United States just months before the contract was signed. It reportedly bought quotas to emit 10 million tonnes of carbon dioxide from the Slovak state at a price of €6.05 per tonne. The Czech Republic and Ukraine reportedly sold their quotas at €9-10 per tonne.

Fico said that he was not sacking Chrbet based on a judgement of whether the contract was good or bad, something which he said still needs to be checked.

“I am sacking him because he failed politically,” Fico said.

As The Slovak Spectator went to print SNS boss Ján Slota remained tight-lipped about the sacking.

Neither the media nor critics of the deal have so far been able to examine the contract since Chrbet has argued that he needs the permission of Interblue Group to reveal its details. This is despite a law requiring all public contracts to be disclosed.

Radovan Kazda of the Conservative Institute, a think tank which is frequently critical of the government, said that there are some serious questions emerging over lack of transparency.

“Everything indicates that the sale really took place under non-transparent conditions, i.e.

without a public tender or publication of the sale conditions,” Kazda told The Slovak Spectator.

“This is indeed the least transparent way to sell a product which is owned by the state. In fact we can mark it as a corrupt proceeding on the part of the ministry.”

However, the opposition claims that Fico too bears political responsibility for the case and insists that the contract must be unveiled.

“Publishing the contract is a natural public interest which we have been stressing,” Ivan Štefanec, deputy for the opposition SDKÚ told The Slovak Spectator.

Fico is trying to hide his own political responsibility by sacking Chrbet, said Štefanec.

“The government is responsible for a number of non-transparent public procurements. In the 30 largest cases of waste and theft alone the state has lost Sk78 billion, €2.59 billion,” Štefanec said.

Štefanec said he believes that the cancellation of the controversial contract would have a positive impact on Slovakia.

“So far there is no known case anywhere in the world of the sale of emission quotas for a lower price than in the case of this still-concealed, scandalous agreement,” Štefanec said.

The cancellation of the contract and the subsequent sale of the quotas for a market price can only help the state, Štefanec said.

Pavol Frešo, another SDKÚ MP, published 17 questions in the media pertaining to the sale of the carbon dioxide emissions quotas. Frešo has also claimed that Interblue Group is a speculative firm.

According to the Trend business weekly, Interblue Group was registered in Washington State, USA, in June 2008, shortly before the purchase of the quotas. The company’s website was created by Michal Šušoliak, a 21 year-old Slovak student at the Slovak University of Technology and son of Miloš Šušoliak, a representative of three companies active in the environmental sector, the Sme daily wrote.

However, the exact amount that changed hands for the quotas remains unclear. It has been widely reported that the ministry billed Interblue €60.5 million, equivalent to Sk1.8 billion. But Chrbet in an official statement said that the sale was a very “favourable operation for Slovakia” which had resulted in Sk2.3 billion (about €76 million) flowing into Slovakia’s environment fund. The large discrepancy remained unexplained by the time The Slovak Spectator went to press.

Chrbet’s sacking means his ministerial career has ended after less than 10 months. He himself replaced the previous SNS-nominated environment minister, Jaroslav Izák, who was sacked last year after it emerged that he had approved the payment of state subsidies to political contacts and supporters from ministry funds.

SNS likely to stay on board

Political analyst Miroslav Kusý said that Fico should have sacked Chrbet long ago.

“Chrbet was cynically delaying the whole process,” Kusý told The Slovak Spectator. “On the part of Slota and Chrbet it was a provocation of the prime minister and tested how far they could go.”

According to Kusý, the prime minister has shown Slota that he is not going to tolerate such conduct. However, he did not think that this would stop the SNS from trying to continue since there is “some big money in question”.

“Slota has chosen departments where there are European funds and the attraction is very strong,” Kusý said.

Kusý does not expect Chrbet’s recall to dramatically change the relationships within the ruling coalition.

“Of course it will be tough for Slota, but finally his interest in remaining in the ruling coalition at any price will win out,” Kusý said. “Slota has already said that at times he would prefer coalition interests over the interests of the SNS. That would be valid also in this case.”

Kusý suggested that the SNS and the Movement for a Democratic Slovakia entered the ruling coalition without conditions, which means that they are at the mercy of Fico.

“It all depends only on when Fico considers it useful to take such tough action and when he does not consider it appropriate,” Kusý said.