Five years in the club

AFTER decades during which May 1 was used by the communist regime as an occasion to show off with all its artificial pomp, the same day now looks much less festive in the former communist-bloc countries of central and eastern Europe. This is despite the fact that for many of them, Slovakia included, there has been an alternative reason for celebration since 2004: May 1 is the day they joined the European Union (EU). 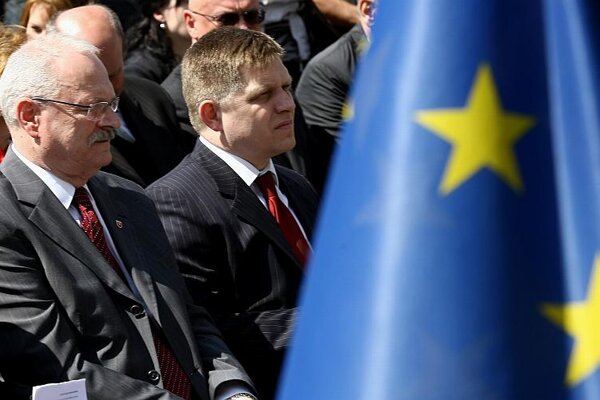 AFTER decades during which May 1 was used by the communist regime as an occasion to show off with all its artificial pomp, the same day now looks much less festive in the former communist-bloc countries of central and eastern Europe. This is despite the fact that for many of them, Slovakia included, there has been an alternative reason for celebration since 2004: May 1 is the day they joined the European Union (EU).

“Five years of membership in the EU have shown that our accession, together with November 1989, were the most significant and the best events for the citizens of Slovakia since the end of WWII,”

Eduard Kukan, an MP for the opposition Slovak Democratic and Christian Union (SDKÚ) who was foreign affairs minister at the time of Slovakia’s EU accession in 2004, told The Slovak Spectator.

According to him, Slovakia’s membership has definitely brought positives to all aspects of life in Slovakia: foreign investment, financial support for the development of the economy, job opportunities, study opportunities, free movement of people and the common European currency.
According to Kukan, membership of the EU protects citizens by providing a guarantee that politicians have to act in accordance with common European rules.

“It’s a shame for Slovakia that we are remembering the fifth anniversary of our accession in the shadow of a big scandal concerning the drawing of EU funds,” Kukan said.

Slovakia’s official membership application was delivered to the EU in June 1995 by then-prime minister Vladimír Mečiar. However, in a 1997 report the European Commission (EC) did not recommend inviting Slovakia to enter accession talks, mainly due to the state of democracy and the economic situation in the country at that time.

The outcome of elections in September 1998, in which the opposition led by Mikuláš Dzurinda won a majority and formed the new government, were seen by the EU as a positive step towards European integration.

EU membership was declared the priority of the new Slovak government. In subsequent years, the government announced its decision to close down the V1 blocks of the Jaslovské Bohunice nuclear power plant and took measures to revitalise the economy. Both of these steps were among the EU’s main requirements, as set out in accession talks which began in December 1999.

The European Parliament (EP) passed an enlargement resolution in June 2002 and in December of the same year, EU leaders agreed to complete accession talks with ten countries including Slovakia at the Copenhagen Summit.

On April 16, 2003 the representatives of Slovakia signed the Accession Treaty in Athens and one month later, on May 16-17, the citizens of Slovakia expressed their agreement with Slovakia’s accession to the EU in a referendum.

The accession process, also known as the big enlargement, was completed on May 1, 2004, when Slovakia, together with Cyprus, the Czech Republic, Estonia, Hungary, Lithuania, Latvia, Malta, Poland and Slovenia, became a member of the EU.

Since then, most Slovaks have come to regard their country’s membership in the EU positively, surveys suggest. Robert Hajšel from the European Parliament’s Office in Slovakia, agrees that Slovakia has benefited from EU membership.

“Slovakia has actively joined all the integration processes within the EU and started to use the tools on offer for the dynamic development of its economy as well as for the benefit of all its citizens, whether it comes to money from the structural funds aimed at the development of regions or direct payments for farmers,” Hajšel told The Slovak Spectator, listing as other positive aspects from membership Slovakia’s accession to the Schengen zone and its adoption of the common European currency.

According to Kukan, the big enlargement was also beneficial for the EU.

“The zone of security and stability has widened and the potential of the EU and its ambitions to become a powerful player on the world scene have increased,” he told The Slovak Spectator.

Slovakia, together with other recent EU members lags behind the older member states in using all the possibilities that membership offers, Kukan said, adding that Slovakia should be more active in areas where it can contribute to the decision process, such as over the question of future enlargements.

“It’s a big challenge for Slovakia to learn how to use as well as possible all the advantages which EU membership brings,” said Hajšel. “As for the material ones, it’s mainly the effective use of financial resources from structural funds, the cohesion fund, as well as from various European programmes and grants.”

Although the origins of the EU go back to purely economic cooperation among the member states, political and cultural cooperation is being put at the centre of EU programmes nowadays, to encourage EU citizens to adopt a European identity and to create a feeling of belonging among the nations of the EU.

According to Kukan, a European consciousness has been created in Slovakia and the EU is mainly seen positively by the Slovaks.

“However, full European identification is still rather far from them,” Kukan said. “The time when they fully understand that ‘the EU – it’s us’ is still far away.”