HAN Seung-soo, the prime minister of South Korea, became the first leader of that country to visit Slovakia in late April. 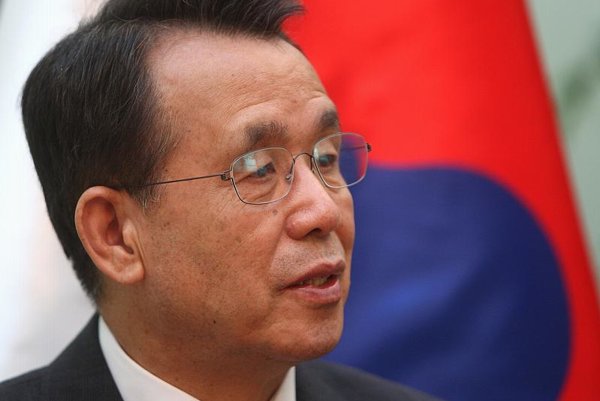 HAN Seung-soo, the prime minister of South Korea, became the first leader of that country to visit Slovakia in late April.

The Slovak Spectator spoke with him at the Bôrik hotel in Bratislava following his meeting with Slovak Prime Minister Robert Fico.

The Slovak Spectator (TSS): What has been the impact of the global economic crisis on South Korea?
Han Seung-soo (HSS): The world has been going through a very difficult time, and Korea is no exception. We have had a very difficult month, and we are implementing various policy packages to deal with our problems. Korea is such an export-dependent economy that unless the world economic stagnation ceases, our difficulties will continue for some time. But as I said, we are doing our best to revive the economy. Just before I came out I presented a supplementary budget (of $21 billion) that will create more jobs and expand the social safety net.

TSS: Will the troubles of the South Korean economy have any impact on the plans of Korean investors in Slovakia to expand their operations?
HSS: I’m glad to say that the Slovak economy is doing reasonably well compared with other economies. I would also like to congratulate Slovakia on joining the eurozone this year. We have about 70 companies that have invested in Slovakia, KIA and Samsung among them. Samsung LCD is doing a very fine job, although they are also going through some difficulties due to the downturn in demand. But I think they will continue to do well, and if the economy recovers in Europe as well as globally, they will likely try to expand.

TSS: Tensions on the Korean peninsula have been rising due to North Korea’s decisions to test-launch a long-range rocket and to resume plutonium production. How is South Korea dealing with these tensions?
HSS: Six-party talks have been ongoing over the last several years, but North Korea’s launch of a long-range rocket on April 5 has created some very unfortunate situations. The Security Council of the United Nations met, and there was a very strong statement by the [council] chairman on the rocket launch. In response to this strong statement, North Korea declared that they are not going to attend the six-party talks any more. But I am sure they will return to the table eventually.

TSS: Why do you think North Korea has chosen this moment to inflate tensions? Do you think they have calculated that with a new US administration in place and the world’s attention diverted by the economic crisis, they might be able to get away with something?
HSS: No one knows their intentions. I wish I knew. But it’s unfortunate that they did it at this juncture, because we are at the end of the second stage of six-party talks, meaning that we have come almost to the end of the disablement process of North Korea’s nuclear facilities. Once the second stage is over we come to the third stage, which is the dismantlement of these facilities. So we’re at a highly critical juncture, and at this very juncture North Korea launched a long-range rocket. That has destabilised the whole negotiation process.

TSS: Is the economic crisis leading to a shift in global power from the West to the East?
HSS: There has been talk of a power shift from, say, the United States and Europe to Asia, because China is becoming economically a very powerful country.

The United States is economically the most powerful country, while Japan has the second largest economy. Now China is third, ahead of Germany, so in that respect, with Japan and China where they are, compared with the pre-crisis period, it is quite certain that economic power has shifted a little bit.

TSS: With so much of South Korea’s trade being with China, what risks and what opportunities does China’s economic development carry for your country?
HSS: China has historically been Korea’s closest neighbour for thousands of years, and now China is our largest export market. We are very linked to China’s economy, so if it does not do well, then naturally our economy suffers. But fortunately, of all the economies in the world, China’s is doing very well, and will certainly provide a boost in creating demand in the world in the years to come.

TSS: Are you trying to position yourself for investors looking for a safe base from which to venture into China?
HSS: We are trying to become a north-east hub, because we are surrounded by major powers – Japan, China and Russia – while the United States is our closest ally. So in that respect we are well-positioned geographically, and if there is a foreign investor that wants to expand their activity in north-east Asia, then Korea will naturally be the appropriate place to come and invest.

TSS: A Korean court recently freed a blogger who had been on trial for spreading false information about the crisis and poisoning public opinion in the country. Does your government believe that public pessimism is exacerbating an already bad economic situation?
HSS: It was the decision of the judiciary to release him, and we respect that decision. This blogger had written several pieces saying the Korean economy was going through a very difficult time, but providing information that proved to be wrong. He was trying to destabilise the situation by not writing the truth, and that was why he was so criticised by right-thinking people.

TSS: In Europe, French president Nicolas Sarkozy caused a stir by suggesting that French automakers should close foreign factories and move home to preserve French jobs. Is there any such pressure in Korea?
HSS: No, definitely not, because we are a global nation, and once our companies have invested in a foreign country, we encourage them to stay there and be a part of that nation. So in our case there is no government policy of encouraging investors to come back, on the contrary, we want them to stay on and do better.

TSS: Slovakia’s joining the eurozone has made Slovak labour relatively more expensive in the region, while the economic crisis has perhaps made labour costs even more important than before. Do you see these two events as potentially hastening the relocation of foreign investors from Slovakia further eastward in order to save costs?
HSS: Decisions on where to locate investments are of course a function of labour costs, but there are also many other factors, like political stability and government policies. Slovakia is a good example of this, because it is politically very stable and its policies encourage foreign investment. The Korean investors in Slovakia are quite happy to stay on and invest further in the future when the world economy recovers.

TSS: Slovaks have become accustomed to seeing Korean products on store shelves and hearing Korean spoken in public. Have you had a chance to experience anything that is typically Slovak on your trip?
HSS: Yes, at lunch today, Prime Minister Fico offered us a variety of wines and liquors produced in Slovakia. They were very tasty, very nice, and we enjoyed them very much.