DESPITE several suspected cases among travellers returning from Mexico and other areas considered at risk, the type A novel flu virus - otherwise known as swine flu – had not arrived in Slovakia as The Slovak Spectator went to press. If and when it does, the authorities say they are ready to fight it effectively. 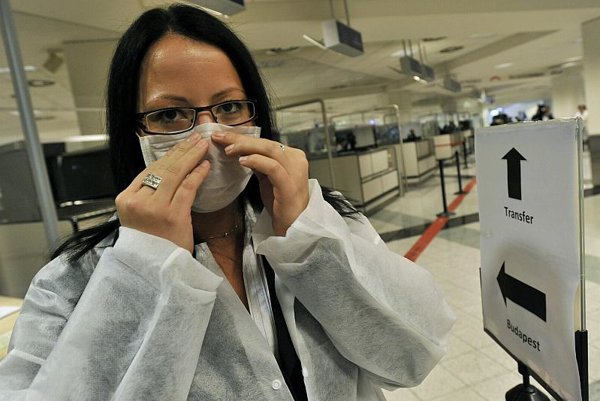 DESPITE several suspected cases among travellers returning from Mexico and other areas considered at risk, the type A novel flu virus - otherwise known as swine flu – had not arrived in Slovakia as The Slovak Spectator went to press. If and when it does, the authorities say they are ready to fight it effectively.

A Slovak citizen who was hospitalised with a fever at a clinic in Prague after he returned from a visit to Mexico on May 3 turned out not to have the A (H1N1) influenza virus. Tests ruled out its presence, the Slovak Health Ministry's spokesperson Zuzana Čižmáriková informed the SITA newswire.
“The results of the laboratory tests were negative,” Čižmáriková said.

Three other Slovak tourists who were visited by Slovak regional public health officers on May 4 do not have flu symptoms either.

The first plane from Mexico since the new strain of influenza appeared there landed at Prague airport (whose intercontinental hub is frequently used by Slovaks) on May 3, with over 200 people onboard, including 30 from Slovakia.

As of May 5, persons coming to Slovakia from countries where the presence of the new virus has been confirmed are obliged to undergo a preventive medical check, follow-up diagnostic checks and therapy, as necessary.

The chief hygienist of the Slovak Republic, Ivan Rovný, implemented the measures in order to prevent the risk of the virus spreading in Slovakia after the World Health Organization (WHO) warned that it could develop into a pandemic.

According to the WHO, early signs of influenza A (H1N1) are flu-like, including fever, cough, headache, muscle and joint pain, sore throat and runny nose, and sometimes vomiting or diarrhoea. The WHO had reported over 1,500 cases of type A influenza in 22 countries as of May 6, most of them in Mexico and the US. In Europe, the WHO had recorded 96 cases, 54 of them in Spain.

Since 2001, Slovakia, following the recommendations of the WHO, has worked out a plan of measures in the event of a flu pandemic, Lenka Šramková, spokesperson for Slovakia’s chief hygienist told The Slovak Spectator.

She added that in the same year the National Pandemic Commission, which includes representatives from all parts of the state administration, was created.

“The Commission proposes, passes and supervises the tasks issued to fulfil the Pandemic Plan in order to lower the health-care, economic and social burden of flu epidemics including a possible flu pandemic initiated by a new sub-type of the flu virus,” Šramková explained.

The Office of the Chief Hygienist has announced that Slovakia has at its disposal almost 700,000 doses of anti-viral medication which could be used against H1N1 flu.

The drugs are stored in the state reserves for use by vulnerable groups and remain usable for up to seven years.

The Office of State Material Reserves has reported that it has sufficient reserves of Tamiflu, an anti-viral treatment, as well as protective face masks.