SQUEEZED by the crisis, Slovakia’s public funds will be in a considerably worse condition than the government of Prime Minister Robert Fico assumed when it first drafted the state budget for 2009 – at least according to the European Commission (EC). In its spring economic forecast the EC estimates that the general government deficit in 2009 could widen to 4.7 percent of GDP, more than double the 2.1 percent deficit target set out in the 2009 budget. Slovakia’s finance ministry, however, remains confident that the country will keep the deficit beneath 3 percent of GDP, the target defined by the eurozone Maastricht criteria. 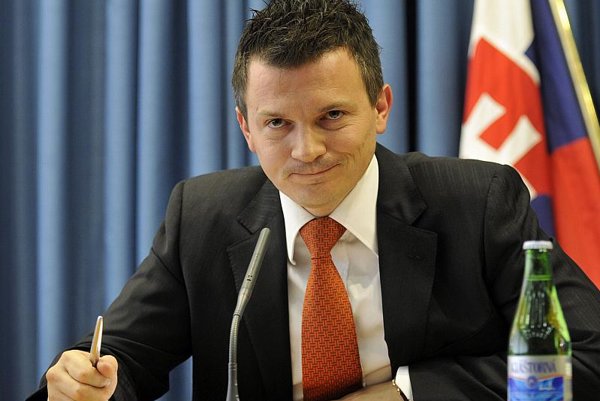 SQUEEZED by the crisis, Slovakia’s public funds will be in a considerably worse condition than the government of Prime Minister Robert Fico assumed when it first drafted the state budget for 2009 – at least according to the European Commission (EC). In its spring economic forecast the EC estimates that the general government deficit in 2009 could widen to 4.7 percent of GDP, more than double the 2.1 percent deficit target set out in the 2009 budget. Slovakia’s finance ministry, however, remains confident that the country will keep the deficit beneath 3 percent of GDP, the target defined by the eurozone Maastricht criteria.

The ministry has not yet revised its state budget estimates – which also predict GDP growth of more than 2 percent, despite the central bank predicting in April that the economy would contract by more than 2 percent this year – and announced that the earliest that the numbers could be updated is June 2009. This attracted derision from the country’s opposition, which said that the ministry is now the last institution in Slovakia still working on the assumption that the country’s economy will grow this year.

The EC attributes its revision of the general government deficit estimate to the slowdown in economic activity, which it says will result in lower revenues, the adoption of social packages and the impact of the cabinet’s anti-crisis measures.

“On the revenue side, the anti-crisis packages include measures such as a temporary increase in the tax-free part of income from €3,435 to €4,027, an in-work benefit for low-income employees, as well as a decrease in social contributions for mandatorily insured self-employed,” the commission wrote in its spring forecast.

According to the EC, on the expenditure side, the bulk of the measures with budgetary impact are related to subsidies for R&D activities, energy efficiency programmes and support for existing or newly established small and medium-sized enterprises as well as bailouts for the state-owned rail cargo company and national rail operator.

“Under the customary no-policy-change assumption, the general government deficit is expected to rise to just below 5.4 percent in 2010,” writes the EC.

However, Finance Minister Ján Počiatek responded by saying that he is confident that Slovakia’s public finance deficit would come in well below the EC forecast, though he also described the EC prediction that the country’s economy would contract by 2.6 percent as realistic, the SITA newswire reported.

“There is a chance that this year the deficit will be lower than the European Commission forecasts,” Počiatek said while attending a meeting of European Union (EU) finance ministers in Brussels on May 5. “We will make our own forecasts.”

Slovak market watchers have also been revising their estimates for the public finance deficit and described the EC estimate as realistic. UniCredit Bank had already revised its estimate for the budget deficit from 4.1 percent of GDP to 4.9 percent.

According to UniCredit Bank’s chief economist, Ján Tóth, the main pressure on the widening deficit is the lower income from tax and payroll tax revenues as well as higher demand for unemployment-related spending and the incorrect estimate of the number of savers returning to the state-run pillar of the country’s pension system.

In November 2008 the government reopened the second, private pillar of the national pension scheme, where savers can save for their pension through private pension funds, allowing investors to return without penalty to the state-administered pension system. Fewer investors than the government expected to move have so far done so.

Poštová Banka analyst Eva Sárazová told The Slovak Spectator that her bank expects that the public finance deficit in 2009 will end up being 4.5 percent of GDP. Sárazová thus regards the EC estimate as realistic.

But State Secretary of the Finance Ministry Vladimír Palko said his department continues to work on the assumption that the public finance deficit will remain below 3 percent of GDP. Palko said that he understands the EC prognosis to be an economic assumption based on predictions about the development of the macroeconomic environment.

“Determining a deficit and, respectively, updates to it is not only an outcome of objective economic factors, but also of a targeted political decision,” said Palko, as quoted by SITA.

According to Palko, the EC predictions about the general government deficit provide an adequate response to any anti-crisis proposals that he said could pose a danger to the stability of the public finances.

“I have in mind initiatives to lower the VAT rate on selected goods, as well as the proposal to lower direct taxes and compulsory payments into social insurance funds,” he said. Such moves have been proposed by the opposition to support businesses and the economy.

The opposition has repeatedly criticised the ministry for delays in revising the country’s state budget in line with recent predictions of recession.

“Our Finance Ministry remains the last and the only institution in Slovakia which expects economic growth in 2009,” said Ivan Štefanec, deputy for the Slovak Democratic and Christian Union (SDKÚ). “The five-percent difference between the data of the Slovak government and the European Commission, which is -2.6 percent versus +2.4 percent, is proof of the Slovak government’s incompetence and a display of inability to consider the reality.”

According to Štefanec, the government should stop hiding from the real situation.

“Our people do not need to have reality beautified, but rather addressed by prompt and effective measures,” Štefanec told The Slovak Spectator.

Štefanec said that the reasons to revise the state budget are now even more evident.

“The government keeps spending based on the assumption of 6.5 percent growth, which does not match reality,” Štefanec said. “It is absolutely essential that the government tunes its expenses to its income and that it finally starts saving money on itself.”

Delaying such decisions would lead to a worsening in the conditions for citizens, he added.