Wines fit for a chateau

INSPIRING people to sophisticated wine drinking could be one way to fight alcoholism. So suggests Michal Lekýr during a wine tasting in Bojnice, the town in Trenčín Region which owes more fame to its picturesque French-Gothic style castle than to the local viticulture scene. 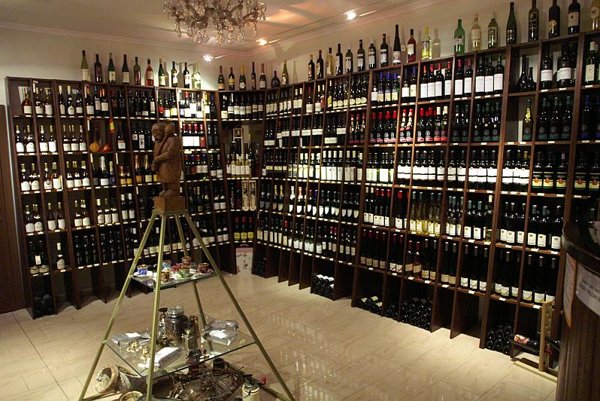 INSPIRING people to sophisticated wine drinking could be one way to fight alcoholism. So suggests Michal Lekýr during a wine tasting in Bojnice, the town in Trenčín Region which owes more fame to its picturesque French-Gothic style castle than to the local viticulture scene.

However, wine lovers need not be left with parched palates when discovering Slovakia’s most popular castle, which annually attracts about 350,000 people to this small town.

Years ago Lekýr and his wife ran a poultry farm and, though committed to the business, it was their idea for the Bojnický vínny dom, or Bojnice wine house, that brought about a dramatic turn in their lives and led them into the hotel business - one which they say is no easier an undertaking than running a farm in the struggling agriculture sector.

“Fortunately we caught the first wave of European Union subsidies for tourism and submitted our project for the wine house” Lekýr told The Slovak Spectator.

The combination of the wine house’s excellent location near the castle, formerly owned by the aristocratic Pálffy family of Hungary, its nearby zoo and spa, and the project's good potential brought Lekýr partial EU funding.

Lekýr, a member of Ordo Equestris Vini Europae, a wine knight’s order with roots dating back to the order of Saint George in 1273, along with his wife bought and reconstructed an old house and furnished each room with original antique furniture, naming the rooms after different varietals of wine.

“As guests return, they try out a new room each time,” Lekýr said.

According to his friends, Lekýr collected the antique furniture piece by piece.

The clientele of the Bojnický vínny dom are people who like superb wines and who attend regular wine tastings hosted by Slovak or international wine producers who come in person to present their offerings while the Lekýrs make sure that there is a “good marriage of wine and food”.

The restaurant has a wine cellar where guests can taste wine directly from the racks, a unique feature since Bojnice does not have a tradition of wine cellars, said Lekýr. As for what wine Lekýr would offer to a foreign guest, he suggests that it would be the white wine of the Devín or Breslava labels, followed by a Svätovavrinecké rosé and then, perhaps, an Alibernet red or a sampling of the new Slovak Dunaj.

Lekýr produces his own wine which is not supplied to any retail chains but is reserved for serving with the menu of his four-star hotel.

“So this is how we switched from farming to the hotel business and though farming was demanding, the hotel business is even more difficult,” Lekýr concludes. “It is the work of the moment, which cannot be repaired or fixed if something goes wrong.”

The Slovak Spectator this week brings you a new column called The Wine Cellar which will explore fascinating wine-related ventures, take you to new places to experience wine in all its varieties, provide mini-profiles of people committed to Slovak viticulture and generally keep you informed about wine-related events. If you have any suggestions or ideas please send them to spectator@spectator.sk.