End of the ski season may help chamois

THE SKI season in the High Tatras ended on April 15, an event which may help some of the local wildlife. 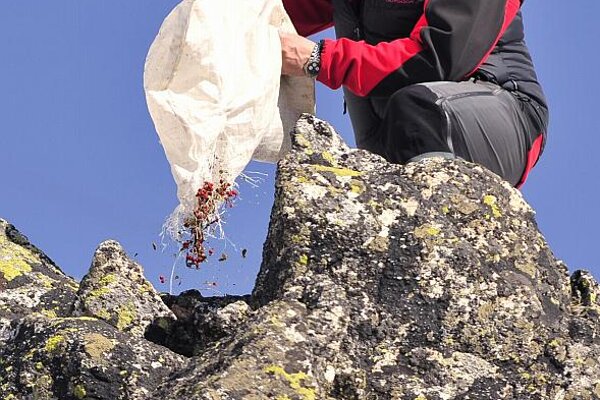 THE SKI season in the High Tatras ended on April 15, an event which may help some of the local wildlife.

The activity of off-slope skiers, i.e. ski-alpinists, is believed to have contributed to the death of three chamois during a single weekend at the end of February. The tragic story of these animals was captured on film by Pavol Kráľ of the Tatras National Park (TANAP) State Forests in a 15-minute documentary shot during efforts to save two of them. The film, called Victims of Winter, was shown in March in the TANAP Museum in Tatranská Lomnica.

“We suppose they were disturbed suddenly; it is hard to say whether by skiers or if there was another reason, but the animals got to places they would never have chosen unless they were greatly stressed,” TANAP State Forests zoologist Barbora Chovancová told the TASR newswire. She added that they were all males, which could negatively affect future development of the chamois population. Two of the three dead chamois will be preserved for the visitors to the TANAP Museum. “We plan to create an exhibit about the rutting season,” she said.

According to her, more and more chamois are dying every year, with evidence of predators occasionally being found. For example, bears are known to search in spring for animals which have died on avalanche routes. One of the three animals was found in the Mengusovská Dolina Valley, and two in the Mlynická Dolina Valley. Efforts to save the two which were still alive failed. In fact, there is only one recorded example in Slovakia of an injured chamois being successfully rescued. It was found several years ago on the frozen surface of the Popradské Pleso mountain lake. When its broken legs had healed, it jumped over a high fence and returned to nature a little sooner than originally planned.

The vice-director of TANAP State Forests, Marián Šturcel, added that the heavy snow which fell as late as March this year caused big problems for wildlife. To compensate, forest workers regularly fed the animals and provided salt and rowan buds for the chamois. Over the last year, 773 chamois were registered in the Tatras National Park, 606 of them on the Slovak side and 167 in Poland.