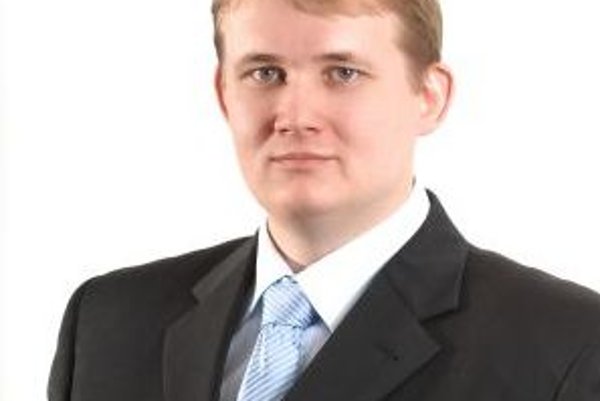 The carriage of goods can be performed in the following ways: (i) by road, (ii) by train (rail), (iii) by air, (iv) by inland waterways, (v) by sea and (vi) by a combination of (i) to (v) (so-called multimodal transport).

The purpose of this article is to provide the reader with a basic overview and to outline the differences concerning the determination of liability between the most important ways of carriage, namely carriage by road, by rail, by air and by sea.

I. International Treaties and the determination and limitation of liabilities

The Convention applies to every contract for the carriage of goods by road in vehicles for reward, when the place of taking over of the goods and the place designated for delivery, as specified in the contract, are situated in two different countries, of which at least one is a contracting country, irrespective of the place of residence and the nationality of the parties.

The conclusion of a contract on carriage by road is confirmed by the making out of the consignment note (“CMR”). However, the absence of, irregularities in or loss of the CMR does not affect the existence or validity of the contract of carriage. The CMR is made out in three original copies signed by sender and by carrier. The first copy is handed to the sender, the second accompanies the goods and the third is retained by the carrier.

The CMR is a very important document due the fact that it is considered by the Convention as the basic evidence of the making of the contract of carriage, its terms and conditions and the receipt of the goods by the carrier.

b) Liabilities of the Carrier

The Convention sets out that the carrier is liable for the total or partial loss of the goods and for damage thereto occurring between the time when he takes over the goods and the time of delivery, as well as for any delay in delivery.

When a carrier is liable for compensation in respect of total or partial loss of goods, such compensation shall be calculated by reference to the value of the goods at the place and time at which they were accepted for carriage. However, the compensation shall not exceed 8.33 SDR (Special Drawing Right as defined by International Monetary Fund) per kilogram of the gross weight short.

Higher compensation may only be claimed where the value of the goods or a special interest in delivery has been declared. This means that the sender may, against payment of a surcharge to be agreed upon, (i) declare in the CMR a value for the goods exceeding the abovementioned limit or (ii) fix the amount of a special interest in delivery for the case of loss or damage or of the agreed time-limit being exceeded, by entering such an amount in the CMR. Such an amount, as declared in the CMR, shall prevail over the abovementioned limitation.

In addition, the carriage charges, Customs duties and other charges incurred in respect of the carriage of the goods shall be refunded in full in case of total loss and in proportion to the loss sustained in case of partial loss.

The carrier is not entitled to avail himself of the provisions of this chapter which exclude or limit his liability or which shift the burden of proof if the damage was caused by his wilful misconduct or by such default on his part as, in accordance with the law of the court or tribunal seised of the case, is considered as equivalent to wilful misconduct (in Slovak: rovnocenné úmyslu). The same provision shall apply if the wilful misconduct or default is committed by the agents or servants of the carrier or by any other persons of whose services he makes use for the performance of the carriage.

The carrier is relieved of liability when loss or damage arises from the special risks inherent in one more of the following circumstances (here we indicate the most important ones) e.g. (i) use of open unsheeted vehicles, when their use has been expressly agreed and specified in the consignment note, (ii) the lack of, or defective condition of, packing in the case of goods which, by their nature, are liable to wastage or to be damaged when not packed or when not properly packed, (iii) the nature of certain kinds of goods which particularly exposes them to total or partial loss or to damage, especially through breakage, rust, decay, desiccation, leakage, normal wastage, or the action of moths or vermin.

c) Liabilities of the Sender

The sender shall be responsible for all expenses, loss and damage sustained by the carrier by reason of the inaccuracy or inadequacy of the following statements of the sender indicated in the CMR such as e.g. (i) the place and the date of the taking over of the goods and the place designated for delivery, (ii) the name and address of the consignee; (iii) the description in common use of the nature of the goods and the method of packing, and, in the case of dangerous goods, their generally recognized description, (iv) the gross weight of the goods or their quantity otherwise expressed, (v) the requisite instructions for Customs and other formalities, (vi) a declaration of the value of the goods and the amount representing special interest in delivery and (vii) the sender's instructions to the carrier regarding insurance of the goods.

The contract of carriage by rail shall come into existence as soon as the forwarding railway has accepted the goods for carriage together with the consignment note. Acceptance is established by the application to the consignment note. The consignment note serves, similarly as in the case of the CMR, as the proof of the conclusion of the contract on carriage. The railway is liable for damage to the goods resulting from the partial or total loss of, or damage to, the goods between the time of acceptance for carriage and the time of delivery and for loss or damage resulting from the transit period being exceeded. The liability of the railway is limited to 17 SDR per kilogram of the gross mass short.

The international carriage of goods by air is regulated by the Convention for the unification of Certain Rules relating to International Carriage by Air (the so-called Warsaw Convention). The liability of the carrier for damage to, loss of or partial loss of the consignment is limited to 17 SDR per kilogram of the gross mass short. The carrier is liable for loss or damage to the goods, unless he proves that these occurred solely because of the inherent defectiveness of the goods, defective packing by a party other than the carrier, an act of war, or an act of public authority in connection with the entry, exit or transit of the cargo.

International carriage by sea is regulated by three independent treaties which each has its own regime for the determination of the liability of the carrier. The oldest of these treaties is the International Convention for the Unification of Certain Rules related to Bills of Lading (the so-called Hague Rules). Another regime regulating carriage by sea was adopted by the Special Protocol to the Hague Rules signed on 23 February 1968 (the so-called Hague-Visby Rules). The third international treaty was adopted by the initiative of the United Nations – the United Nations Convention on the Carriage of Goods by Sea. The Slovak Republic is a contracting party of this Convention; however the Slovak Republic has not yet ratified this agreement. According to the United Nations Convention, the carrier is liable for the damage or loss of goods, unless he can prove that all reasonable measures that could reasonably be required have been taken to avoid the occurrence and its consequences. The liability of the carrier for loss or damage to goods is limited to an amount equivalent to 835 SDR per package or other shipping unit or 2.5 SDR per kilogram of the gross weight of the lost or damaged goods, whichever is higher.

International transport law is becoming an increasingly important point of interest for senders as well for carriers. Knowledge of the rights and responsibilities granted to both sides under international conventions may prevent a rise in disputes and may also decrease the costs of dispute resolution.

This Article is of an informative nature only. For more info go to www.noerr.com.