THERE is not much reason for Igor Štefanov to feel too comfortable in his new ministerial post. The pressure on Prime Minister Robert Fico to sack the recently-appointed minister of construction and regional development has been mounting. Political ethics watchdogs and the opposition parties claim that Štefanov bears direct personal responsibility for the infamous bulletin-board tender, which has even raised eyebrows at the European Commission. 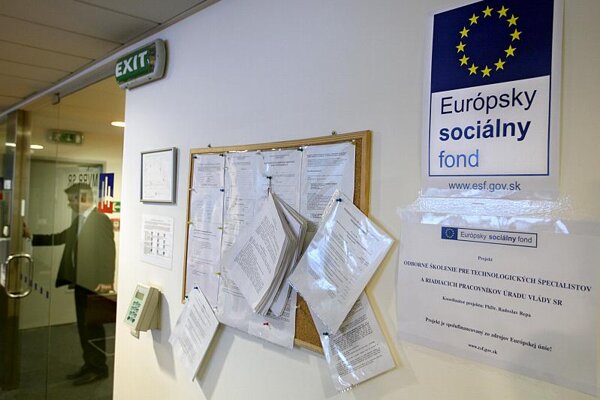 THERE is not much reason for Igor Štefanov to feel too comfortable in his new ministerial post. The pressure on Prime Minister Robert Fico to sack the recently-appointed minister of construction and regional development has been mounting. Political ethics watchdogs and the opposition parties claim that Štefanov bears direct personal responsibility for the infamous bulletin-board tender, which has even raised eyebrows at the European Commission.

On May 12, the main opposition parties, the Slovak Democratic and Christian Union (SDKÚ), the Christian-Democratic Movement (KDH) and the Hungarian Coalition Party (SMK), said that if Fico did not fire Štefanov within three days, they would initiate a no-confidence motion in parliament.

Fico responded with a prompt “no” and said that Štefanov was only an officer who was executing orders and thus the full responsibility was with Marian Janušek, the SNS nominee who has already been sacked over the tender. The prime minister also accused the opposition of only attempting to damage the current government.

Štefanov replaced Marian Janušek, who resigned last month after two official investigations found that public procurement rules had been broken in awarding a €120-million contract to a consortium that included the firms Avocat and Zamedia, both of which are reported to have close links to Ján Slota, the leader of the Slovak National Party (SNS). Both Janušek and Štefanov were nominated to their ministerial posts by the SNS. The contract was awarded after the original tender notice was advertised solely on an internal bulletin board at the Construction and Regional Development Ministry in an area not normally accessible to the public.

The winning consortium was the only bidder.

Prior to his elevation, Štefanov was a key lieutenant of Janušek at the ministry and his signature appears on many of the key tender documents.

“The provided services and goods are approved by a particular officer while a particular officer orders them,” Peter Kunder of the Fair-Play Alliance, a political ethics watchdog NGO, told The Slovak Spectator. “When the officer orders overpriced or unnecessary services or signs incorrectly calculated issues, it makes no sense to pretend that it is not right to hold him responsible for that.”

The documents suggest that Štefanov secured the actual execution of the contract, added Kunder.
Since taking his post, Štefanov has acted to terminate the contract but the fate of the funds that have been already paid to the firms remains uncertain. On May 13 the minister said that he would not request the consortium to return the Sk350 million, over €11 million, which has already been paid.

On May 14, the Fair-Play Alliance filed a complaint against the Ministry of Construction and Regional Development with the Bratislava district court requesting the court to declare the controversial contract void from its very inception.

The alliance decided to do so because “representatives of the executive branch are not demonstrating an effort to get the money returned from these overpriced services,” the alliance said in a news release.

The alliance said in its statement that if the contract is indeed found to be invalid, the winner of the flawed tender had unjustifiably accessed financial gains.

Slovakia’s Supreme Audit Office (NKÚ) stated on May 6 that the Construction Ministry breached the public procurement law in its handling of the tender. The NKÚ's report was released five months after it began its audit.

The NKÚ said that by not releasing the call for bids in a publicly accessible way the ministry failed to create an environment of competitive conditions, that only one bidder entered the tender and it subsequently became the winner of the tender, and these were violations of the law, reported the SITA newswire.

The public procurement law requires a tender procurer to publish its call for tenders in a manner accessible to the public. However, the construction ministry posted this tender call only from May 17 to May 22, 2007, and only on a bulletin board located in a part of the ministry building that has restricted access: only a person with a magnetic card or security personnel can open the door leading to the corridor on the first floor, the NKÚ said.

According to the Supreme Audit Office, the ministry could have published the tender call on its website.

The Public Procurement Office (ÚVO) also found that the law on public procurement was violated since the ministry had not set forth in advance the estimated price of the order in the competition.
“There were failures not only in the process of concluding the contract but also in the calculation of the items – which in my opinion was a clear responsibility of the specific officer, who in this case was Štefanov,” Kunder said.

The ministry has issued a statement expressing disagreement with the results of the NKÚ audit.

“We consider it surprising that the ÚVO and the NKÚ have come to different conclusions during their investigations,” the ministry’s statement says, as quoted by the TASR newswire.

In his reaction to the ministry’s statement, Kunder said that the two investigating bodies were, in fact, checking different issues.

“The check by the Supreme Audit Office was not a complex one – among others things, they checked only three randomly selected invoices,” Kunder said, adding that the NKÚ has different authorities from the ÚVO during an audit. “Thus the aspects of the tender that the two offices were checking were not identical.”

According to Kunder, one of the basic problems was that the ministry was not able to provide all the relevant documents.

“Though both institutions handled this fact differently, they both concluded that the law was violated,” Kunder told The Slovak Spectator.

The government, according to Kunder, should also prepare conceptual materials to eliminate the possibility of government officials bypassing or preventing automatic publishing of tender notices.

As part of the bulletin-board tender, the ministry ordered the design of logos for its operational programmes. For the preparation of four logos, the ministry paid about Sk8.5 million (€282,000), which is 10 times more than other ministries paid in similar cases, according to the Sme daily.

Sme has written that certain circumstances regarding the orders and their subsequent invoicing are questionable. The logos were initially ordered in July 2007, and just a few days after the order was placed, the ministry received invoices. In the case of one logo, the price for preparing it was Sk1 million.

But two months later, in September 2007, the invoice was replaced by a new one, this time for Sk2 million because the billing criteria were changed from a price per piece to a price per hours of creative work.

According to the invoice submitted for design of the logo for the Bratislava Region Operational Programme, the company’s creative staff worked on the logo for 554 hours. The ministry has not explained why the logo was originally delivered in three days but according to the changed invoice it took more than a month to create it, Sme wrote.