MORE than a week after the dismissal of the environment minister due to his ministry’s controversial sale of Slovakia’s excess emissions quotas, the public still has not had a chance to see the details of the contract – despite media criticism and opposition efforts to have the document released. 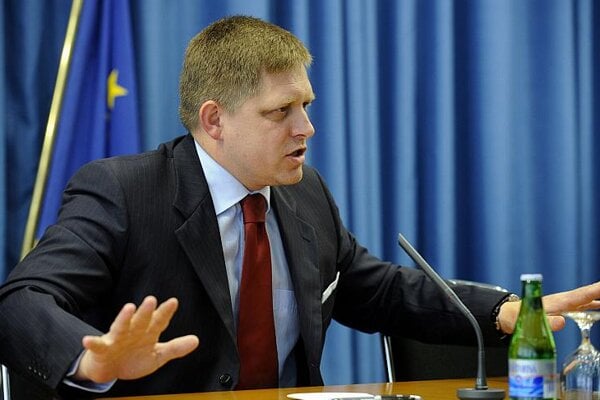 MORE than a week after the dismissal of the environment minister due to his ministry’s controversial sale of Slovakia’s excess emissions quotas, the public still has not had a chance to see the details of the contract – despite media criticism and opposition efforts to have the document released.

On May 12 Prime Minister Robert Fico called on the opposition and the media to provide evidence before May 18 that the emissions quotas that the Environment Ministry sold in 2008 were purchased below their actual market price. The TASR newswire reported that Fico said that sufficient evidence would be documents showing that some other country had sold emissions quotas during the same time period for a much better price. Without that kind of evidence, the government will use the resources from the sale of the quotas for housing insulation as originally intended and “this issue will cease to exist for us after Monday night [May 18]”, Fico said.

“The question whether the price was justified is very important and it should be proved, but if I’m not mistaken, the media have already done so,” Zuzana Wienk from the Fair-Play Alliance told The Slovak Spectator, adding that the sale in any case is full of suspicious incidents that do not belong in a state abiding by the rule of law.

Pavol Frešo, an opposition deputy for the Slovak Democratic and Christian Union (SDKÚ), who has been acting as the main critic of the controversial sale said he did not understand what additional evidence Fico is asking for, saying that the PM should just look at reports by agencies that specialise in the emissions quotas business to see last year’s prices, the SITA newswire reported.

“The one who should prove that it was a favourable deal for Slovakia is obviously the Prime Minister and he simply cannot get out of that,” Frešo said. He was among the opposition deputies who initiated a deputy’s inquiry about the sale at the Environment Ministry on May 7. The inquiry was made just after Ján Chrbet’s dismissal from his post as Environment Minister and none of the ministry’s state secretaries or Education Minister Ján Mikolaj, who is temporarily overseeing the ministry, met with the opposition deputies.

They only learned that the “ex-minister took all the documents related to the sale with him and he has them himself,” the Sme daily quoted Frešo, who also said that the inquiry was thwarted in this way. The spokeswoman of the ministry immediately reacted by saying the documentation was still in the ministerial office.

“The ex-minister is no longer an employee of the Environment Ministry, he doesn’t have the right to keep this documentation and therefore we repeatedly call on the Prime Minister to publish the documents,” said one of the opposition deputies, independent Zsolt Simon, as quoted by the ČTK newswire.

Prime Minister Fico told the opposition to stop making a circus of the issue and to organise another inquiry after a new environment minister is appointed.

SDKÚ leader Mikuláš Dzurinda said on May 12 that the opposition would start organising the new inquiry immediately, adding that Fico should have published the contract long before and he did not see the reason why it is being kept secret.

“Surely they are not correcting it – we even thought of that,” Dzurinda said, as quoted by TASR. “We know very well that if the prime minister wanted this we all would have known long ago. But the prime minister doesn’t want this and he apparently has his reasons for that.”

According to Wienk, the government’s hesitation to disclose the contract is a flagrant violation of the law on public access to information, which is totally unacceptable in a democratic society.

“Looking at the developments up to now, I wouldn’t be surprised to see this unprecedented violation of law continue,” Wienk told The Slovak Spectator.

To prevent similar undisclosed state contracts in the future, the SDKÚ is planning to propose a measure for the June 2009 session of the parliament to guarantee that any contract which involves public money will become effective only after it has been published on the internet. The only exceptions would be contracts that are listed as confidential under Slovakia’s Freedom of Information Act.

Wienk welcomes this proposal as a strong tool to improve the transparency of using the taxpayers’ financial resources but she stressed that the lawmakers should make sure the contracts will not be published for just a short time on the internet but that they will remain open to the public.

Meanwhile, the Slovak National Party (SNS) is trying to find a suitable candidate to head the Environment Ministry. As The Slovak Spectator went to press, the name of the new minister was still not known. According to Mikolaj (also from the SNS), it requires a degree of personal courage to agree to become environment minister since “there is a real hysteria around the ministry right now,” SITA reported.