THE ECONOMIC crisis is impacting several animal rescue centres which are dealing with a lack of space for abandoned animals. The ČTK newswire reported that interest in adopting dogs has been declining while the number of unwanted animals keeps rising. 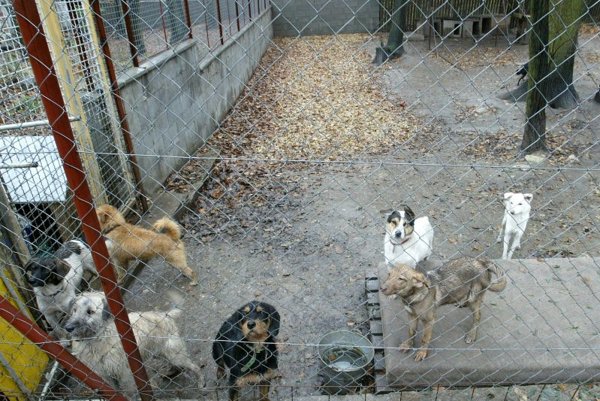 THE ECONOMIC crisis is impacting several animal rescue centres which are dealing with a lack of space for abandoned animals. The ČTK newswire reported that interest in adopting dogs has been declining while the number of unwanted animals keeps rising.

“The economic crisis has also shown up in the dog world because when people have to consider whether to support their pets or their family, they tend to get rid of their pets, said Ľubomíra Báleková from the Piešťany regional centre of Sloboda zvierat (Freedom for Animals), as quoted by ČTK. She said there is a similar situation in several neighbouring rescue centres where abandoned pets are arriving almost daily.

“It has become common for people from towns to drive to the border of a village and to throw the animal out,” Báleková explained.

The Association of Towns and Villages of Slovakia (ZMOS) says it has not witnessed a bigger problem with unregistered stray dogs so far. “We have no such information from the mayors,” ZMOS spokesperson Helena Poláková said, as quoted by ČTK.

Several administrators of animal rescue centres point to a decreased interest in adopting dogs from the shelters.

“There was a man who had to give up an adoption he was planning when he was fired from his work,” said Michal Haško from the Prešov Freedom for Animals centre. He said that this time last year they had two dogs in their centre for adoption but now they have eight.

The Piešťany rescue centre has recently taken in at least six former pets but says there are fewer and fewer people interested in adopting them. “There used to be at least three dogs adopted by new owners weekly; now it is hardly two animals in a month,” Báleková said.

Other animal rescue centres have so far managed to fend off the impacts of the economic crisis that has made thousands of people unemployed. The head of the rescue centre in Zlaté Moravce, Marián Tomajko, said that interest of people in adopting dogs from its centre is about the same as last year.

“We have managed to give away most of the dogs abandoned around Christmas,” he said, adding that some people are also bringing food for the dogs to the shelter.

“There is currently an enormous interest in our dogs,” said Dominika Homolová of the civic association Dog In Need, adding that people mostly are interested in adopting puppies. This temporary rescue centre in the village of Lukavica has accepted about 50 dogs since the beginning of the year and has placed about 70 in new homes.

“People prefer male dogs,” said Homolová, adding that she thinks lack of knowledge about sterilisation is one of the reasons. “Many people don’t have the slightest idea that there is a routine surgery that can solve any problem with a dog in a flat in heat or with unwanted puppies,” she concluded.