Dzurinda to lead SDKÚ into elections

THE PRESIDIUM of the largest opposition party, the Slovak Democratic and Christian Union (SDKÚ), has confirmed that Mikuláš Dzurinda will remain the party’s election leader in the 2010 parliamentary elections. As no other candidate was proposed as a challenger, the presidium passed a resolution on May 16 waiving a party primary ahead of next year’s parliamentary elections, the SITA newswire reported. 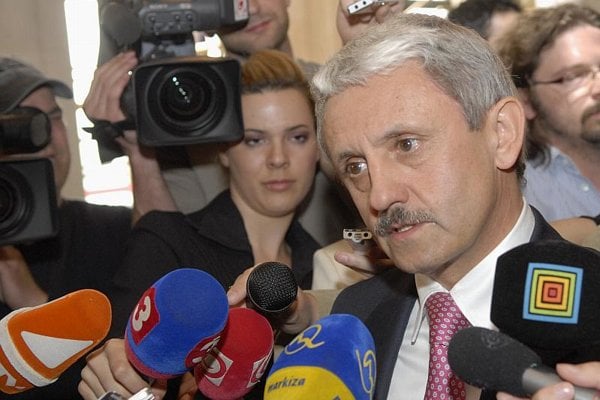 THE PRESIDIUM of the largest opposition party, the Slovak Democratic and Christian Union (SDKÚ), has confirmed that Mikuláš Dzurinda will remain the party’s election leader in the 2010 parliamentary elections. As no other candidate was proposed as a challenger, the presidium passed a resolution on May 16 waiving a party primary ahead of next year’s parliamentary elections, the SITA newswire reported.

SDKÚ deputy chairwoman Iveta Radičová, the party’s candidate in this year’s presidential election, who recently resigned her mandate as an MP after casting a vote for a colleague in parliament, had been expected to challenge Dzurinda for the top spot on the SDKÚ’s candidate list for the 2010 parliamentary elections. She decided not to challenge Dzurinda in a primary election because she felt a lack of support from the regional party structures, the Sme daily reported.

“I met personally with all eight regional party leaders,” Sme quoted Radičová as saying. “Our talks have brought a clear outcome that they support Mr Dzurinda. I haven’t found support among any of them.”

But the regional leaders claim Radičová’s non-candidacy is solely her decision and she did not even try to persuade the regional structures of the party to support her, Sme reported.

Political scientist Grigorij Mesežnikov from the Institute for Public Affairs said Radičová’s decision did not surprise him at all.

“As soon as Dzurinda announced his interest in running for the post of election leader, it was clear that Radičová’s chance, even if she decided to run in the primaries, was rather low,”

Mesežnikov told The Slovak Spectator. “That fight was lost in advance. She just proceeded in accordance with the actual atmosphere and the circumstances in the party and she simply avoided a loss that would definitely not help her chances to take some stronger position in SDKÚ in the future. From this point of view, her decision was quite good.”

But Mesežnikov believes that Radičová’s appearance on the top of the party’s candidate list could have increased the number of voters for the party.

The fact that Dzurinda has the apparent support of all the regional leaders of SDKÚ is an expression of their absolute trust in the values and the policies he pushes forward within the party, Sme wrote.

“SDKÚ continues its same path, the way they address the voters will be similar or even identical to now,” said Mesežnikov. “The only change is that there are now newly-emerged parties that will fight for the centre-right voter, which means that the position of SDKÚ will be less comfortable than before.”

Radičová remains the deputy chairwoman of SDKÚ. She delivered an address at the Central Board session on May 16 saying that she would continue in her political and public activities. She also respects the position of regional organisations which are supporting Dzurinda as the top candidate for SDKÚ in the parliamentary elections, SITA wrote.

On May 15, one day before the SDKÚ Central Board meeting, Prime Minister Robert Fico spoke before trade union representatives in Piešťany. He stated in his speech that he did not rule out post-election cooperation between his Smer party and SDKÚ in 2010.

“One thing I know exactly though,” Fico said. “I will never sit down at the same table for negotiations with Dzurinda and Mikloš. I have never seen as much Pharisaism as they present in politics. And I’m willing to negotiate even with the devil if it is in the interests of Slovakia.”

Reacting to that statement, Dzurinda said Fico was only trying to push attention away from his own incapability and from “how they steal and waste public resources”, Sme reported.

According to Mesežnikov, Fico’s statement is just a part of his media game.

“He is conditioning his cooperation on the departure of some people – we know that it doesn’t work that way in Slovakia,” he said. “We could remind him of his oft-repeated statements before the last elections which he presented as some holy thing – HZDS without Mečiar. It’s nonsense of course.”

Fico is now also sending signals to other parties in the ruling coalition, to HZDS and SNS but especially to SNS, that they shouldn’t be so sure that Fico will count on them as coalition partners after the 2010 elections, Mesežnikov said, adding that it is also a certain tactic towards the opposition.

“However, this is all very premature; all these questions will be up-to-date only after the elections,” said Mesežnikov.