Banks' caution grows when it comes to loans

BANKS in Slovakia, unlike financial institutions in western Europe or the United States have not been hit directly by the economic crisis and their portfolios are relatively free of ‘toxic assets’. But banks in general are feeling the indirect effects of the crisis, in particular the worsening of conditions for financing and higher credit risk stemming from the reduced ability on the part of clients to pay back their debts. 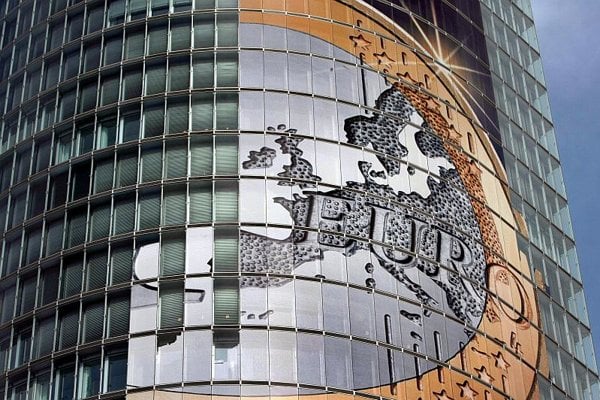 BANKS in Slovakia, unlike financial institutions in western Europe or the United States have not been hit directly by the economic crisis and their portfolios are relatively free of ‘toxic assets’. But banks in general are feeling the indirect effects of the crisis, in particular the worsening of conditions for financing and higher credit risk stemming from the reduced ability on the part of clients to pay back their debts.

“For the time being the situation of the banking sector in Slovakia is stable, but we expect that under the influence of companies’ worsened economic conditions, and also that of citizens, the volume of overdue loans will increase moderately,” Marcel Laznia, of the Slovak Banking Association told The Slovak Spectator.

Slovakia’s central bank, the National Bank of Slovakia (NBS), in an analysis of the financial sector for 2008, writes that the loan portfolios of banks did not worsen significantly, but that credit risk is growing. According to the NBS, loans to companies represent the biggest risks. But loans provided to citizens to purchase real estate in 2007 and 2008 may also prove problematic.

This is because these loans, according to the central bank, have the highest ratio of repayments to incomes.

In March, the volume of new loans provided to businesses and citizens rose by 8.7 percent y/y to €1.013 billion, the SITA newswire reported, citing data provided by the National Bank of Slovakia. Loans to companies grew by 20 percent year-on-year to €719 million. But compared with February 2009 they decreased by 5 percent due to lower economic activity in the business sector.

Slovak banks have responded to the crisis with stricter conditions for providing loans, more careful assessment of potential risks and greater involvement of clients.

“Requirements by the bank for business clients to participate with their own resources in the financing of their own projects have increased,” Štefan Frimmer, the spokesperson of Slovenská Sporiteľňa (SLSP), one of the biggest Slovakia's bank, told The Slovak Spectator. “The bank has also withdrawn from further financing in some sectors, in which it has identified problems among existing clients. A company has to provide documents to the bank [showing] that it is able to generate enough funds to pay back a loan from its core business: this is the basic condition.”

Apart from the higher required participation, the loans provided are mostly shorter in term. Operating loans make up a bigger share of total loans, and unsecured loans are provided only to companies with a very good financial situation and whose performance has seen only a small impact from the crisis. The margins charged by banks have increased because of the growth in risk associated with the possibility that clients might fail to repay their loans.

“Terms for providing a loan to a company have not changed fundamentally, i.e. in particular, the scope of documents required by the bank from a client remains the same,” Tatra Banka spokesperson Boris Gandel told The Slovak Spectator. “The stress is put on the quality of the information submitted, whereas in the past, especially, the past results of the company were taken into consideration."

"Expectations were rather positive because of the expected growth of the economy and consumption. For now, the main stress is put on projected development," Gandel said.

“Regarding the creditworthiness of a specific client, a higher value of security or a higher participation of the client when financing a long-term property may be required as compared to the pre-crisis period,” Ďuďáková told The Slovak Spectator.

The banks were already dividing business segments into risk categories. The crisis has increased the importance of these categories and is leading to something of a reshuffling of the segments within them.

“SLSP considers segments within industrial production, for example, automotive production including sub-contractors, production of metals and metal products, furniture – i.e. segments in which performance has decreased from the end of 2008 – to be more risky,” said Slovenská Sporiteľňa’s Frimmer, adding that following this decline, the performance of transport companies, which are now moving lower volumes of freight, have decreased as well. “We also regard as in danger segments of retail and wholesale trade. The present condition of the real estate construction market is also unfavourable to construction of new projects.”

SLSP as well as Tatra Banka regard, for example, production and distribution of electricity and gas or telecommunications to be less threatened. Production and sale of consumer goods as well as selected parts of IT and private healthcare are also regarded as less risky, though the crisis has not avoided any of the sectors.

“Each bank has its own strategy, what concentration it wants to have in a certain segment, and these general rules are also valid during the crisis,” UniCredit Bank’s Ďuďáková said. “The bank assesses each client and its business model individually. The segment in which the client operates is only one of the criteria. Other criteria are also important – the capital of the client, the performance of the company, the return on the project, etc.”

The effect of the economic crisis in reducing the business of the banks’ clients is also delaying payments of monthly instalments. As a consequence banks are also registering more enquiries about changes to clients’ payment calendars, lowering of monthly instalments or complete restructuring of loans.

“When solving potential problems with settlement of a loan it is of key importance that the clients inform us about their situation as soon as possible,” Ďuďáková told The Slovak Spectator. “Afterwards the bank, on an individual basis, assesses the case and proposes a suitable solution with the aim of minimising the risk of failure of the loan.”