RECENTLY, it was 1919 again for Bratislava – at least in cyberspace.In a digital glitch, searches for Bratislava addresses on Google Maps yielded results for Pressburg, officially the city’s name last in 1919. Alerted to the problem, Google Maps fixed the error quite quickly. 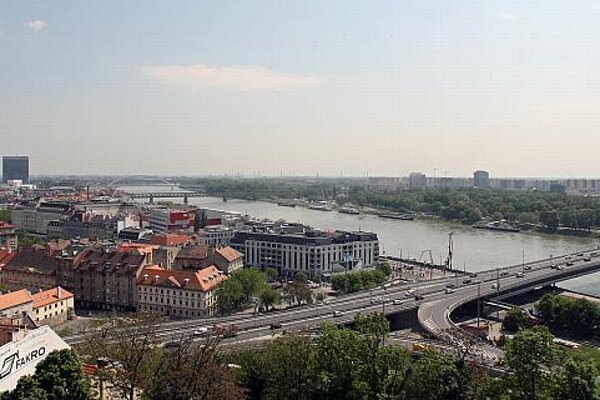 RECENTLY, it was 1919 again for Bratislava – at least in cyberspace.
In a digital glitch, searches for Bratislava addresses on Google Maps yielded results for Pressburg, officially the city’s name last in 1919. Alerted to the problem, Google Maps fixed the error quite quickly.

“Google deals with thousands and thousands of bits of geographic information about the world, from countries to cities to most recently the ocean floor,” said Janka Zichová, a communications representative with Google. “With all this information, the wrong name just slipped in by mistake,” she said, adding that the search company strives to be sensitive to users’ home country information and is open to feedback.

Given the linguistic goulash of names for Bratislava over its long history, establishing the right name can be tricky.

Bratislava has been settled for more than two thousand years but the first known recorded name was Brezalauspurc, published in a historical chronicle called the Annals of Salzburg in the 10th century.

Since then, the Hungarian name, Pozsony, has come and gone along with the Kingdom of Hungary (though the name lives-on, more controversially in textbooks for Hungarian minorities in Slovakia). Following the collapse of the Habsburg monarchy after its defeat in World War I, the German name Pressburg (or Prešporok in Slovak), also largely faded from regular use though some Austrian media outlets and a few Bratislava businesses and cafés continue to use the name. Other names for Bratislava can be seen, with a few present day businesses using the names Istropolis (Greek) and Posonium (Latin, used as an official language by the Kingdom of Hungary).

Even the source of the name Bratislava is complicated says University of Pittsburgh scholar Martin Votruba, who has extensively researched the issue.

Votruba, who heads the Slovak Studies program at this American university, cites the writings of Slovak activist Pavol Jozef Šafárik as an early inspiration for the name.

In the 1830s, with the city under Habsburg rule, Šafárik wrote that the name Pressburg was based on a German borrowing of an Old Slavic personal name.

“He came up with the apparent original personal name, but the name, Bratislava, was then composed, reconstructed, shaped ... not by Šafárik, but by activists who picked up on what Šafárik said and ran with it a bit,” Votruba says. “Šafárik’s version was Bracislav. [But] some modern linguists speculate that the original personal name might have been Predslav.”

“Activists, and later politicians, retained Bratislava … partly because it had already become traditional among them, and partly because it sounded symbolic – it seemed to combine the words for “brother(hood)” and “Slav, glory, fame.”

Bratislava has since evolved to become the city’s internationally accepted name, one that touches on its Slavic roots from the 7th century. And for those who want yet another alternative, there is always the nickname “Blava” or the airport code – BTS.