Leasing deals shrank by 43 percent in Q1 in Slovakia

AFTER several years of consecutive, robust growth in the Slovak leasing market, the global financial and economic crisis has also put a hard brake on this aspect of the country’s economy. While the leasing market grew by 6.5 percent overall in 2008, its new contracts fell by almost 43 percent during the first quarter of 2009. 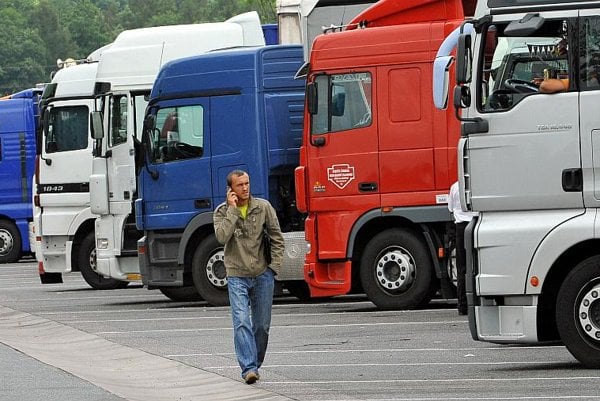 AFTER several years of consecutive, robust growth in the Slovak leasing market, the global financial and economic crisis has also put a hard brake on this aspect of the country’s economy. While the leasing market grew by 6.5 percent overall in 2008, its new contracts fell by almost 43 percent during the first quarter of 2009.

The drop in cargo transport has been reflected in fewer leases of trucks and trailers, with a 70 percent reduction in the volume of new contracts in this segment in the first quarter of the year.
And the government’s car-scrapping bonus has done little to help the leasing business because traditional leasing was omitted from the scheme.

Based on developments so far in 2009, when many businesses are cutting costs and are being more careful about potential investments and more businesses are experiencing problems in meeting their current obligations, leasing company representatives in Slovakia expect that their business will show an overall decline this year.

Since the end of the previous economic system, leasing has become an inseparable part of the Slovak business environment by helping entrepreneurs to finance and grow their businesses.

The penetration of leasing in Slovakia is one of the highest in Europe, covering the financing of up to 32 percent of all movable investments in 2008, said Juraj Ebringer, head of the board of directors of the Slovak Leasing Association (ALSSR), on May 19 when describing the development of leasing in Slovakia.

“This can be attributed to our country’s history, when acquisition of vehicles was possible in the 1990s only via leasing,” said Ebringer. “Later leasing companies started to also fulfil other needs of customers and the structure of financing has gradually changed. In any case, we perceive ourselves as significant contributors to the economic growth of Slovakia when over 30 percent of the investment needs of companies were financed by 39 leasing companies.”

The leasing industry started to feel the chill of the economic downturn as early as last year and says that the aggregate annual growth of 6.5 percent in 2008, to €83.231 million in new leasing contracts, does not accurately reflect the downward trend that began during the last two quarters.

“The truck segment had reported a decline already during the third quarter of 2008,” Marián Tibenský, the ALSSR secretary general said in mid-February, as cited by the SITA newswire.

“During the final quarter other sectors also registered dramatic declines.”

Leasing shrinks along with the economy

The leasing market, reflecting the 5.4 percent decline in Slovakia’s GDP during the first quarter of 2009, fell dramatically too.

The total volume of new leasing contracts shrank by 42.9 percent to €362 million during the first three months of 2009 when compared with Q1 2008.

“We particularly see the drop in the truck leasing segment,” said Alžbeta Rigáňová, the vice chair of ALSSR.

“This drop is drastic. But all other commodities, except immovable assets, reported a decrease, too.”

The volume of new leasing deals for trucks and trailers fell by 67.9 percent y-o-y in the first quarter to €43 million.

“Business entities, small and medium-sized companies, are the typical customers of leasing companies,” said Ebringer. “But these businesses are adopting measures to cut expenditures and reduce costs.”

According to Ebringer the drop in production can be seen particularly in the volume of cargo transport, resulting in an excess capacity of trucks. Rigáňová estimates this to be between 700 and 1000 vehicles. Customers active in transport and logistics businesses are having problems meeting their obligations to leasing companies as well.

“Approximately 10 to 15 percent of cargo transport customers are having significant problems with paying their instalments,” said Ebringer. According to him, leasing companies have had to terminate about 3 percent of their contracts.

But premature termination of a contract is the last solution that leasing companies seek.
“It is not in the interest of any leasing company to terminate a contract,” said Ebringer. “It causes loss-making.”

Leasing of motor vehicles remained the biggest portion of the leasing companies’ contracts during the first three months of 2009. Of the total market, passenger cars dominated with 39 percent, followed by leasing of machinery and facilities with a 28.2 percent share. Commercial cars accounted for 16.8 percent and leasing of trucks and trailers accounted for 13 percent, according to data provided by ALSSR.

Scrapping bonus does not help

Car owners in Slovakia scrapped about 44,000 old cars to get a government-subsidised bonus of up to €2,000 for purchase of a new vehicle. But financial leasing of new cars was not covered under the programme and only leasing loans were permitted.

Moreover, people who participated in the car-scrapping scheme were not among the typical clients of leasing companies using credit forms of financing, according Ebringer. Most of the car-scrappers were private individuals, often of an older age.

“During the first scrapping wave, 80 percent of the people who used the bonus bought their new car with cash and only the remainder were looking to use other forms of financing,” said Ebringer.

“Much of the potential in the passenger car segment was partially used up by the scrapping scheme and thus the record car sales from the past two months will be compensated by deep drops in sales in the near future,” Silvia Chachaľová, a manager of marketing and sales support at ČSOB Leasing, told The Slovak Spectator.

Outlook is not rosy

The financial and economic crisis has halted the previous continuous growth in the leasing market in Slovakia.

“The long-term growth record of the leasing market has stopped, particularly during the last quarter of 2008, and we consider further two-digit percentage growth to be history,” Dušan Keketi, the deputy chairman of the board of directors of UniCredit Leasing told The Slovak Spectator. “Our results for Q1 2009 reflect the current trend in Slovak leasing, as well as in the commodity market. We have registered drops in individual segments, but they are directly connected with the drop in the sale of vehicles as well as technological equipment.”

Leasing companies expect further declines in the leasing market due to the crisis.

“We do not have any exaggerated expectations,” said Keketi of UniCredit Leasing. “Sales decreased in all segments – passenger and commercial cars and trucks, even though the passenger car segment had a certain enlivenment thanks to the scrapping bonus during the first quarter of this year. In this situation our effort is to maximise the effectiveness of exclusive cooperation and to fully use our biggest ‘asset’ which is secured re-financing for new deals.”

Tatra Leasing considers improvement in the whole economy and the volume of investments made by business entities to be decisive for the future development of the Slovak leasing market, according to Edita Szászová, commercial director of Tatra Leasing.

“After the just published macro-economic results, the willingness of companies to invest will remain very low,” Chachaľová told The Slovak Spectator. ČSOB Leasing expects that this reduced investment will be most visible in the cargo segment and also, partially, in some sub-segments of the machinery and facilities leasing market.