SLOVAKIA has found itself increasingly under the spotlight of the European Commission (EC) lately. A dubious tender at the Construction Ministry which Slovakia’s own official audit bodies declared illegal made the commission nervous about the way Slovakia has been using EU funds. The EC also expressed concern over the way Slovakia selected a firm to build and operate its first electronic highway toll system. More recently, it chided Slovakia for what it called a failure to ensure non-discriminatory access to its electrical transmission system. 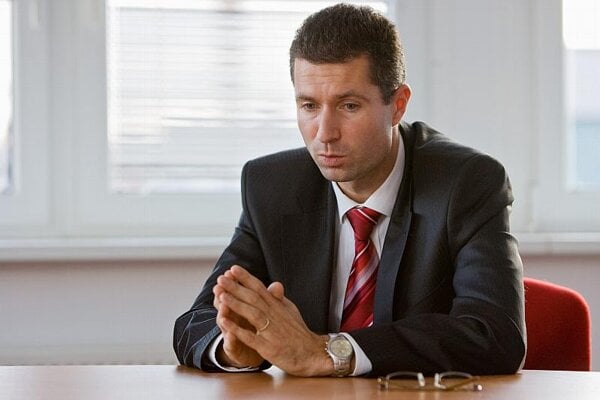 SLOVAKIA has found itself increasingly under the spotlight of the European Commission (EC) lately. A dubious tender at the Construction Ministry which Slovakia’s own official audit bodies declared illegal made the commission nervous about the way Slovakia has been using EU funds. The EC also expressed concern over the way Slovakia selected a firm to build and operate its first electronic highway toll system. More recently, it chided Slovakia for what it called a failure to ensure non-discriminatory access to its electrical transmission system.

Now the dismissal of the head of the national telecoms regulator last December, the culmination of tensions surrounding a tender to select an operator for the country’s first Digital Video Broadcasting–Terrestrial (DVB-T) multiplexes, has also made it onto the list of the commission’s concerns.

In early December 2008, the Slovak parliament sacked Branislav Máčaj as chairman of the national telecommunications regulator, the Telecommunications Office (TÚ), for what the government called a failure to ensure a timely transition to digital broadcasting through delays to the DVB-T tender. DVB-T is an internationally accepted standard for digital television.

Máčaj said that his removal was politically motivated and that he faced political pressure to interfere in the tender.

After examining the situation in Slovakia, the commission said it has concerns that EU telecoms laws have not been correctly transposed in Slovakia’s Act on Electronic Communications, Martin Selmayr, spokesman for Vivian Reding, European Commissioner for Information Society and Media, told The Slovak Spectator.

The commission in mid-May 2009 sent a letter of formal notice, representing the first stage of an infringement proceeding against a member state which is failing to comply with EU rules. Slovakia now has two months to reply to the letter.

The commission had already requested clarification about the dismissal in December 2008 and January 2009.

“If the commission receives no reply, or if the observations presented by the Slovak government are not satisfactory, the commission may issue a so-called reasoned opinion, the second stage in an infringement proceeding,” Selmayr said. “If Slovakia still failed to fulfil its obligations under EU law after that, the commission would eventually refer this case to the European Court of Justice.”

According to Selmayr, the commission has concluded that in Slovakia the grounds for dismissal of the regulator are currently set in such broad terms that the parliament and government has de facto unlimited discretion to remove the management of the telecoms regulator before the end of the regulator’s normal term of office.

“Such national rules therefore do not comply with EU rules that say national laws must guarantee the independence of the regulator from interference that could affect the impartiality of its decisions,” Selmayr said. “Slovakia should now consider appropriate changes in the legislation covering the possible dismissal of the chairman and vice-chairman of the national telecoms regulator.”

He also stressed that the issue at stake is not the dismissal or appointment of a specific person, but said that the country should instead seek a long-term solution to safeguard the independence of whoever is at the helm of the regulator. Governments are only permitted to remove the chairman or vice-chairman in very restricted circumstances, for example a criminal conviction, incapacity to perform his or her duties for an extensive time period perhaps because of long-term illness, holding another position incompatible with the mandate, and similar reasons, Selmayr said.

On December 9, the TÚ cancelled the DVB-T tender for what it called “fundamental changes to the circumstances under which the tender was originally announced“. Earlier, in October 2008, the Bratislava District Court had issued a preliminary injunction suspending the tender in response to an action filed by one of the companies who later bid for the operating licence. The plaintiff objected to the terms of the tender drawn up by the TÚ.

However, Máčaj was quoted by the SITA newswire as saying that Prime Minister Robert Fico had suggested cancelling the tender as early as September, allegedly because he wanted to prevent another television station becoming established in Slovakia.

Máčaj said that the move was part of an effort to minimise criticism of Fico’s government by the existing media. Fico has rejected these allegations.

Commenting on the pressure he alleged had been placed on him to change the terms of the tender, Máčaj told the Sme daily on December 10, that the proposed tender terms were tailored for the company Towercom.

“You know what the most important criterion was?” Máčaj said. “Experience of operating a pilot digital broadcast in Slovakia.”

According to Máčaj, this would have narrowed the choice to two firms: Telecom Corporation and Towercom. He told Sme that the proposed tender terms were tailored for Towercom, which would have been selected once a further criterion, requiring a specified volume of turnover, was taken into account.

Towercom, formerly known as Rádiokomunikácie, is a trading company that provides coverage of analogue and digital television and radio signals for public media as well as for private television and radio companies in Slovakia. Since 2004, the company has provided pilot DVB-T system digital terrestrial broadcasting in the Banská Bystrica – Zvolen region and, since 2005, in Bratislava and the surrounding area, according to the company’s website.

Meanwhile, the TÚ announced a new tender on May 14. The Slovak Spectator inquired whether the TÚ had changed the way the criteria of the tender were defined.

“In principle, not; since the criteria stem from the law on digital broadcasting and electronic communication,” Telecommunications Office spokesman Roman Vavro told The Slovak Spectator.

According to Vavro, bids can be submitted until 13:00 on July 16, and will be evaluated by a selection committee in line with the law on electronic communications.

“For the TÚ, the ranking defined by the commission will be binding,” Vavro said. “The TÚ cannot influence the selection committee. The promptness of the selection will depend mainly on the number of submitted offers.”

The TÚ has not canvassed interest in participating in the tender, he added.

“Based on experiences from Slovakia and the surrounding countries, interest from abroad can be expected,” said Vavro.

After the tender was announced Máčaj again stated that the tender is tuned in a way that benefits the company Towercom, according to the SITA newswire. Máčaj said that the company is close to two television stations so its victory would further deform the Slovak media market. Máčaj also said that previously the financial group J&T, which controls private station TV JOJ, put the tender at risk. J&T rejected the claims.

In the case of the new tender, as the regulator did not set core parameters, such as binding deadlines, compression standards and modulation, it gave up its role as key player in the switchover to digital broadcasting, Máčaj told SITA.

Vavro said that the TÚ disagrees with such statements and suggests that “everyone who is interested should read the conditions and create their own opinion”.

When defining the criteria, the TÚ also took into consideration the decision of the court which halted the previous tender, said Vavro.

“The calls for submission of bids include all the data required by the law,” Vavro said. “The criteria and their point value are clearly and transparently defined in the calls.”

The deputy chairman of the board of directors of Towercom, Jozef Motyčka, confirmed to SITA that the company intends to participate in the newly announced tender.