IN KOŠICE, contemplating a piece of art at three in the morning has now become possible even for those who have not honed their lock-picking skills. The reason is that the city, holder of the European Capital of Culture (ECOC) 2013 title, recently launched a project entitled Citylight Gallery, which aims to make art a part of people’s everyday lives. Its first exhibition was presented to the public for two weeks during May. 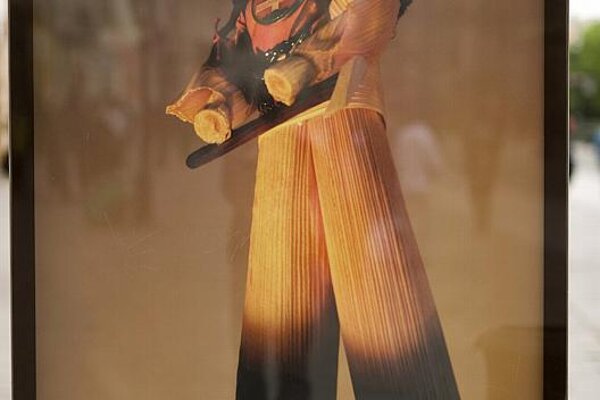 IN KOŠICE, contemplating a piece of art at three in the morning has now become possible even for those who have not honed their lock-picking skills. The reason is that the city, holder of the European Capital of Culture (ECOC) 2013 title, recently launched a project entitled Citylight Gallery, which aims to make art a part of people’s everyday lives. Its first exhibition was presented to the public for two weeks during May.

The project is based on the “bringing-the-mountain-to-Muhammad” principle, a common feature of ECOC activities in general: the city’s numerous six-sheet advertising boards, known in Slovakia as “citylights”, will be from time to time given a new, non-commercial role, namely presenting works by various artists, both local and foreign.

“Citylight Gallery is an attempt to affect the urban area, connect art with the public space, surprise potential viewers and use the exhibited works to communicate with citizens,” Zora Jaurová, artistic director of the Košice ECOC 2013 team, told The Slovak Spectator, adding that these objectives fit perfectly into the concept of the city as an interface between its residents and the cultural sphere, which actually gained Košice the prestigious title.

However, the framework would not be sufficient if the exhibits did not follow the same path, explained Tomáš Makara, who was, together with his colleague Radovan Čerevka, in charge of organising a first display that would best convey the ideas of Citylight Gallery to the local audience.

The two curators, who are also members of the promising Kassa Boys artistic group as well as of the successful Make Up Collective association, opted for a theme they considered highly topical, namely Slovak-Hungarian relations. The result was a display of eight posters by different authors titled National Pills. Though these have gone on show twice already, between May 11 and 16 and again between May 19 and 25, the display may re-occur in future.

“National Pills follows the tradition of art engagé, which should criticise the ills of society and inspire citizens to reconsider their values,” Makara observed. “And nationalism, if it goes too far, is definitely one of those ills, not only in Slovakia, but also from the global point of view.”
The choice of artists was determined by the topic; Matúš Lányi, Svätopluk Mikyta, Mário Chromý, Vlado Eliáš, Martin Piaček as well as Makara and Čerevka themselves each offered a completely different perspective on nationalism as such.

“An important aspect of National Pills is the fact that each poster was provided with the author’s commentary clarifying the fundamental idea of his work,” said Čerevka. “This appeared very useful, especially because the Citylight Gallery project, opposing itself to the traditional, elitist model of a gallery, addresses ‘ordinary viewers’, who may be looking at the exhibit when shopping or going home from work, and who are not themselves used to interpreting abstract pieces of art.”

This is also why the posters presented within National Pills all expressed very concrete messages. For instance Čerevka’s, co-authored by Mário Chromý, shows the Hungarian parliament building with the High Tatra mountains in the background and an inscription in Hungarian reading “Nowhere is too far for us”.

Makara’s work is a photograph of a corn-husk doll, a popular tourist souvenir, portraying Slovak folk hero Jánošík. The figurine is wearing several badges with Slovak state symbols, which make him look like a soldier.

According to Čerevka, extreme right-wing trends and the tension between Slovaks and Hungarians have existed since time immemorial, and it is up to the arts to fight them.

“Those who say that this problem does not exist, in my opinion, camouflage the reality,” he told The Slovak Spectator. “However, this is not the only issue present in our society that ought to be constantly pointed out. There are, indeed, many others, and I believe they might be solved through activities such as National Pills or, more generally, Citylight Gallery. Because artists are here not to give responses, but to ask urgent questions.”