Outsourcing is growing in Slovakia

OUTSOURCING has become a useful tool in Slovakia in helping companies to achieve better results and to be more effective and innovative. Companies in Slovakia are mainly outsourcing cleaning services, catering, IT, and customer services and the reasons they most often list for doing so are to allow more focus on their core business and to save costs. The current global economic downturn has made these reasons more imperative for some companies, bringing new opportunities to outsourcing businesses. 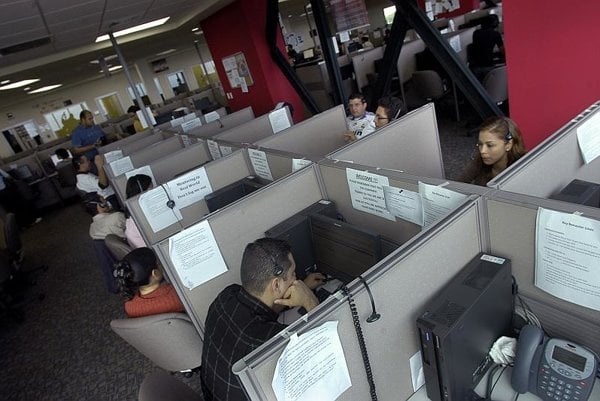 OUTSOURCING has become a useful tool in Slovakia in helping companies to achieve better results and to be more effective and innovative. Companies in Slovakia are mainly outsourcing cleaning services, catering, IT, and customer services and the reasons they most often list for doing so are to allow more focus on their core business and to save costs. The current global economic downturn has made these reasons more imperative for some companies, bringing new opportunities to outsourcing businesses.

“We are certainly seeing more companies in Slovakia considering outsourcing at the moment and needing more information to ensure they succeed, but we are also aware that these people are more cost-conscious than ever,” Victoria Miller, associate director at CB Richard Ellis (CBRE), told The Slovak Spectator. CBRE, a property advisor to corporate occupants of commercial real estate, is listed in the Global Outsourcing 100 publication and is recognised as among the world’s best outsourcing service providers.

“With companies downsizing and consolidating their operations, outsourcing can bring in new ideas and approaches, without putting additional pressure on current colleagues,” said Miller.

In general, according to Miller, outsourcing allows a company to react to changes without having to maintain additional staff who then may be unnecessary in the near future or who lack an overview of a particular market.

“The economic crisis is changing how everyone views spending money, so this has changed the view of companies in terms of outsourcing,” said Miller. “We are seeing more companies which are looking forward and are committed and know that they need more information and assistance to find success in this current market.”

Good language skills and an attachment to European culture makes Slovakia a site suitable for various outsourcing companies, including call centres providing services to international companies. The Austrian Competence Call Center company (CCC) uncovered the potential of Slovakia back in 2006.

“CCC Bratislava was established in August 2006 by taking over the in-house call centre of SkyEurope Airlines,” said Christiane Ölz, public relations manager at Competence Call Center AG based in Vienna. “The motivation for our expansion into Slovakia was the current situation in the call centre market, where there was only a small presence of local and international call centre outsourcers. The trend of outsourcing call centre services is still very young in Slovakia and offers a high potential of growth.”

CCC Bratislava provides its services to two low-cost airlines, to an oil and gas corporation and also to a big supplier in the mobile telecommunications sector, according to Ölz. In addition to Slovakia, CCC operates in five other countries.

When comparing trends regarding outsourcing between Slovakia and other countries, Ölz said that until now Slovakia was a place primarily for international outsourcing, which meant that international companies based their call centre services in Slovakia.

“Because of the current economic situation, more Slovak companies have a stronger interest in the topic,” said Ölz. “This is visible in a much higher demand for call centre outsourcing. We are sure that this trend will increase further in the coming years. Companies will concentrate on their core business and in most cases customer service is not part of it.”

Focus on core business and cost-cutting

Slovak companies reach for outsourcing with the primary goal of making processes which are not linked to their core business more effective and of better quality. To do this, they use firms specialising in these services and with know-how in providing such services. Since one of the basic driving forces behind the decision of Slovak companies to outsource is to make their business more effective, the economic crisis is not considered as a primary motive to outsource.

This is the case of regional power distributor Východoslovenská Energetika (VSE), which says whether a particular process is part of its core business is the most important factor when deciding whether to outsource, while also considering how to increase the quality of a process or to reduce its costs.

“Since 2003, VSE has gradually outsourced three activities: IT services, operation of telecommunications facilities and recording clients’ electricity consumption,” Boris Peško, VSE spokesperson, told The Slovak Spectator. “VSE has been using outsourcing for operation of its call centre since 2005. But VSE plans to provide this service internally beginning on January 1, 2010 because we view this as a future key channel of our service to clients.”

In most cases, outsourcing has fulfilled the expectations of VSE. “Outsourcing does not end with simply outsourcing an activity,” said Peško. “It is also about active management of the commercial relationship with the supplier and thus securing fulfilment of expectations.”

According to Peško, it is effective to opt for outsourcing in situations in which there is effective competition for a certain service in the market and the company is not exposed to the risk of becoming too dependent on one external supplier.

Currently, VSE is considering whether to outsource the printing of its invoices, Peško said.
Západoslovenská Energetika (ZSE), another power distributor, also has experience with outsourcing.
Along with transferring some of its work processes to its affiliates during restructuring, it has outsourced transport services.

Two leasing companies now provide transport services for ZSE via leasing contracts and they also handle maintenance and servicing of the cars.

“We started gradually with the process of outsourcing, in the exchange of vehicles in November 2006,” Ján Orlovský, spokesperson of ZSE, told The Slovak Spectator. “For now, we obtain approximately 50 percent of our car fleet via operating leasing.”

Orlovský listed several benefits that the leasing companies provide, such as facilitating the process of obtaining vehicles, registering them and performing follow-up maintenance, dealing with all issues in case of a car accident, making tax payments and later selling the vehicles.

“Our cash flow has gotten balanced and the total costs of the service have decreased,” said Orlovský. “The car fleet is younger and thus we benefit from a certain passive safety from employees travelling in newer cars. For now, we evaluate the benefits of this service positively.”

The biggest portion of outsourced services by regional power distributor Stredoslovenská Energetika (SSE), along with security guards, cleaning services and maintenance of its car fleet, are in the area of operation and development of its IT infrastructure and telecommunications network.

“In general, the main motives for outsourcing are separating activities which do not represent the core business of SSE, smoothing projected expenditures, reducing working positions and, in the case of IT, using renowned IT companies,“ said Žatková.

“These include catering services for our employees, taking care of the plant’s surroundings as well as cleaning services, maintenance of buildings, fire protection and waste management. We use outsourcing to cut costs and it enables us to focus on the core business of our company – production of cars,” he said.

According to Dvořák, outsourcing has been meeting the expectations of Kia Motors Slovakia and the company is planning to also outsource other processes but that “this is not a consequence of the economic crisis”.

“Since this is outside of Slovnaft’s core business, using experts contributes to higher effectiveness,” Anton Molnár, company spokesperson, told The Slovak Spectator.

“The advantages of using an external company to secure facilities management lay, in particular, in more effective control of direct costs and also the experience of specialists,” he said.

According to Molnár, a disadvantage of outsourcing can be more difficult supervision of the performance of the supplier and its employees in comparison with a company’s own employees.