THE DEFENCE Ministry is planning to buy two military transport aircraft for €80 million even though the manufacturer, Alenia of Italy, won the deal in a tender in which it submitted the only bid. 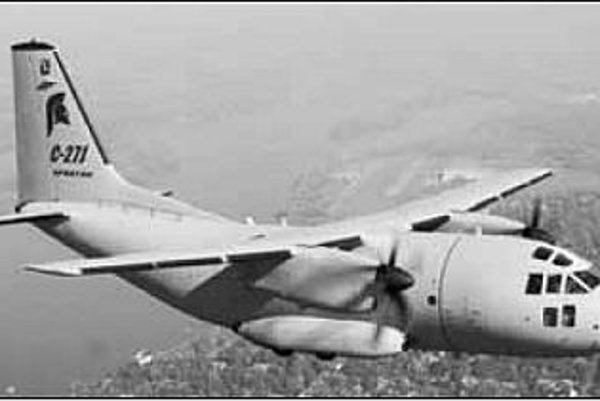 THE DEFENCE Ministry is planning to buy two military transport aircraft for €80 million even though the manufacturer, Alenia of Italy, won the deal in a tender in which it submitted the only bid.

State officials have refused to provide details of the tender, which was won by Alenia’s new C-27J Spartan model last December. But according to the Sme daily, Alenia’s competitors for the contract – CASA of Spain and the US firm Lockheed Martin – were both excluded from the tender before the final round. The Defence Ministry thus had only one model and one price to choose from.

Defence Ministry spokesman Vladimír Gemela did not answer a question as to how the state could be certain it was getting the best plane at the best price, given that there were no offers to compare it with. He said only that the ministry remained in talks with Alenia on the final contract, and that no details would be given.

However, a ministry source who requested anonymity to be able to speak freely about the selection of the Spartan, said that the tender conditions had been designed to favour Alenia. “They knew all along who they wanted,” he said.

Then there was one

EADS-CASA and Lockheed Martin were both excluded following the second round after the ministry decided that the documents they had submitted were insufficient.

All the bidders were required to hand in 11 documents testifying, among other things, that they were capable of financing the manufacture of the airplanes, and that their other customers had been satisfied with their products to date. Lockheed for example limited itself to a brief statement that it was an international aircraft manufacturer, and provided a link to its web page. The company’s bid was prepared by Lockheed’s office in Poland, and according to information obtained by The Slovak Spectator, when the company was excluded from the tender, the Polish office received some withering criticism from headquarters.

The Spanish manufacturer, on the other hand, was banished on three counts. First, the ministry decided its customer references were insufficient, and cited the fact that no letters of reference were submitted. CASA has won similar or larger tenders in Poland, the Czech Republic, Brazil, Chile and Portugal.

The ministry also did not like CASA’s commitment to technically support the aircraft, saying the company had formulated the promise wrongly. Officials also noted that the company’s NATO certification had expired shortly before the tender, even though the recertification process is automatic and was already in motion.

As a result of these expulsions, Alenia was the only bidder to submit an offer in the final round. “The ministry picked the model with the best performance and the best price,” said Alenia spokesman Marco Bonelli. “You can be proud of Slovakia’s choice.”

One man who might be proud of Alenia’s victory is Miroslav Výboh, an arms merchant who is on first-name terms with Prime Minister Robert Fico and Interior Minister Róbert Kaliňák. Výboh or people from his Willing firm have accompanied Fico on official visits to Libya, Moscow and Israel, where in 2006 it signed an €8 million contract to purchase helmets for the Slovak army.

Výboh was originally Alenia’s representative in Slovakia, but told The Slovak Spectator that the company had decided “two or three years ago” to do its own lobbying. “I have no comment [on the tender] because I had nothing to do with it,” he said.

Nor were representatives from the unsuccessful bidders more forthcoming, understandably given that they are reluctant to offend the Defence Ministry and hurt their chances in future tenders.

“It is an honour for Lockheed Martin to be able to cooperate with the Slovak government in any way,” said company spokesperson Ann Van Hooydonck.

“The documentation that EADS CASA submitted was judged to be insufficient,” said Eduardo Galicia, spokesman for the Spanish aircraft company. In December, however, CASA submitted a formal complaint about the tender. “The competing firms did not discover what kind of airplane the ministry was looking for until the final round, which is very unusual,” he told The Slovak Spectator.

Galicia’s main complaint was that in dividing the tender into multiple rounds, the ministry effectively gave itself multiple opportunities to exclude bidders before the final round. “In most such tenders, all data and specifications are presented in one document,” he said. “But not in the Slovak tender.”

Given that the ministry has not yet inked a contract with Alenia – budget cuts due to the global crisis may eventually scupper the deal – the unsuccessful bidders can still challenge the tender. “We are looking at all possibilities,” Galicia said.