THE COUNTRY’S social security provider is becoming increasingly nervous about its financial position, in large part because savers have ignored its warnings that they themselves should be nervous about saving in the second, capitalisation, pillar of the country’s pension system, set up by the previous government. 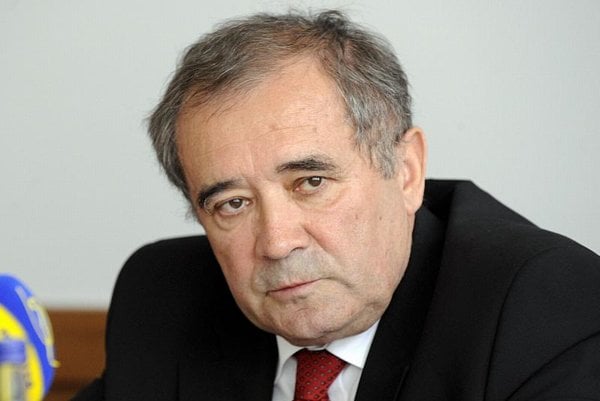 THE COUNTRY’S social security provider is becoming increasingly nervous about its financial position, in large part because savers have ignored its warnings that they themselves should be nervous about saving in the second, capitalisation, pillar of the country’s pension system, set up by the previous government.

The insurer, Sociálna Poisťovňa, drafted its current budget on the assumption that about 150,000 people would heed its warnings and return to the state-managed pay-as-you-go system, the first pillar of the pension system. Instead, only slightly more than 15,000 have left the privately managed second pillar.

As a result, Sociálna Poisťovňa will probably have to request money from the state in order to continue paying old-age pensions after September. If 150,000 people had returned to the state pension system they would have brought with them around €210 million of savings currently in privately managed pension funds which the state insurer was planning to use to pay the pensions of the already-retired.

To add to Sociálna Poisťovňa’s financial dilemma, growing unemployment has led to a shortfall in payroll tax revenues. Only 90 percent of the amount the insurer had projected is currently flowing into its accounts.

The government has announced that taxpayers will make up any shortfall in the insurer’s budget.

“The paying of pensions, including the Christmas bonus, is in no way endangered,” said the director of the Cabinet Office’s press department, Braňo Ondruš.

Only a few weeks remain during which savers can return to the state pension system without penalty.
But neither the social insurer nor the managers of private pension funds expect there to be any major exodus by the 1.5 million people who currently save for their pensions in the second pillar.

The government reopened the second pillar from November 15, 2008 to June 30, 2009, allowing clients to transfer freely to the pay-as-you-go system. Normally transfers are not allowed, or incur a penalty. The second pillar had previously been opened between January and June 2008. During that period, more than 103,000 people quit – and over 21,000 joined – the second pillar.

The private second pillar has been an ongoing irritant to the government of Robert Fico, who has repeatedly cited the global economic downturn and what he has called the endangered savings of second-pillar clients as reasons for tampering with the existing system.

The government and the Labour Ministry, led by Viera Tomanová, have engaged in a major public campaign against the second pillar, calling it a hazard to people’s savings.

The opposition and observers have blamed Sociálna Poisťovňa for basing its budget on false assumptions, while the insurer has blamed the existence of the second pillar for its deepening deficit.

The executive director of the Association of Pension Fund Management Companies (ADSS), Ivan Barri, said that it is the development of the economy that has led to the social insurer’s deficit.

“Unfortunately, the number of unemployed people is growing and thus the income from payroll taxes is dropping while benefits paid to the jobless are rising,” Barri told The Slovak Spectator. “Logically, the budget of the social insurer is stretched.”

However, Barri also said that the ADSS too has been warning about the unrealistic assumptions on which the budget of the social insurer was built.

“With the repeated opening of the second pillar, the ministry forecast the departure of between 30,000 and 150,000 people,” Barri said. “The social insurer included in its budget the maximum assumption and such a budget was still passed.”

He does not expect that the numbers will change dramatically by the end of June and said that “people do not have a reason to quit the second pillar”.

Jozef Halecký, of the Movement for a Democratic Slovakia (HZDS), a junior party in the ruling coalition, has also criticised the assumptions on which the budget of the social insurer was based.
“I think it should have not been based on assumptions about the number of people who might have quit the second pillar,” Halecký said.

Letter to half a million savers

The head of Sociálna Poisťovňa, Dušan Muňko, has drafted a letter to half a million people who are still sticking with the pension fund management companies. In it he plans to warn low earners aged over forty about what he believes are the risks they face if they stay in the second pillar.

According to Muňko, about 200,000 savers who are younger than 30 and earn at least average salaries should remain in the second pillar.

“People under the age of 30 should be in the second pillar while there is no place there for people over 35,” Muňko said, as quoted by the SITA newswire, adding that anyone who earns less than €600 per month should also not be there.

Muňko also said that savers simply do not understand that their presence in the second pillar is equivalent to investing in the capital markets.

The head of Sociálna Poisťovňa has said that the investments the private pension funds are making in the capital markets are one of the risk factors and also suggested that the risk of losses with such operations is almost 70 percent which, if people remain in the second pillar, would be negatively reflected in their income.

“This is a lack of understanding of the whole system,” Barri responded. “Unfortunately we cannot access the analyses that the social insurer uses and thus it is not easy to comment on these. But by the changes made to the law, which become valid from July this year, the system has become significantly safe for the saver. Thus I do not really understand the statements by representatives of Sociálna Poisťovňa.”

Meanwhile the HZDS has proposed lowering pension savings contributions to the second pension pillar from the current 9 percent to 6 percent of the gross wage.

Muňko has also insisted that the country’s economy cannot sustain contributions at 9 percent, suggesting that the situation might easily undermine the public finances. He suggested that the transfers should be set at 2.3 to 3 percent.

Former labour minister Ľudovít Kaník described Muňko’s plans to send out 500,000 letters as a waste of its clients’ money. Kaník said that the insurer has so far failed to come up with measures that would ensure the sustainability of the pay-as-you-go system.

Meanwhile, Sociálna Poisťovňa has revised downwards by two-thirds its original projection of the volume of pension savings it expects to be transferred back from the second pension pillar. It now anticipates receiving €77.2 million, wrote SITA.