HOT AIR has become an essential part of the vocabulary of all Slovaks over the past several weeks while the governing coalition, the opposition and the media debated the controversial sale of Slovakia’s excess emissions quotas that has already cost one Slovak National Party (SNS) minister his seat and caused trouble for his successor since his first day in office. The latest findings published by the Sme daily indicate that Slovakia may have lost about €120 million on the sale; nevertheless, Prime Minister Robert Fico has so far rejected the figures and ignored the growing controversy. 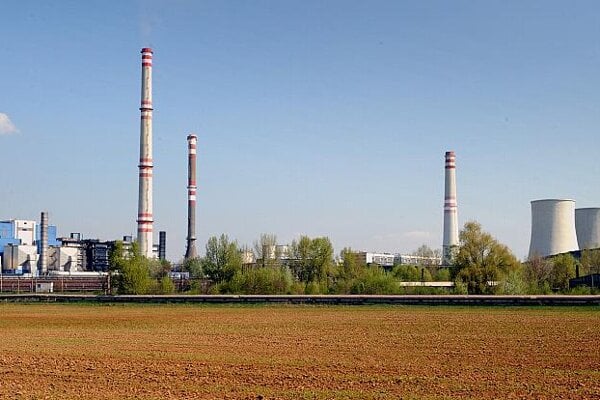 HOT AIR has become an essential part of the vocabulary of all Slovaks over the past several weeks while the governing coalition, the opposition and the media debated the controversial sale of Slovakia’s excess emissions quotas that has already cost one Slovak National Party (SNS) minister his seat and caused trouble for his successor since his first day in office. The latest findings published by the Sme daily indicate that Slovakia may have lost about €120 million on the sale; nevertheless, Prime Minister Robert Fico has so far rejected the figures and ignored the growing controversy.

The prime minister stated earlier in May that he would pay no more attention to the contract after May 19 unless the media or the opposition provided him with relevant information or evidence confirming that in 2008, when Slovakia signed its contract with Interblue Group, any other country had sold its CO2 emissions quotas under more favourable terms than Slovakia had.

“I’ve been listening for three months now about how bad it is, but nobody ever gave me any relevant evidence that in that time somebody sold their quotas for a better price,” Fico said, as quoted by Sme, adding that the government could cancel the sale contract without sanctions if such evidence was provided.

Zuzana Wienk from the non-governmental Fair-Play Alliance watchdog group thinks it is absurd that the Prime Minister, who in fact is responsible for the whole government, leaves the burden of evidence on the media and citizens.

“He doesn’t care enough to take the initiative and find out for himself about the suspicions, which are very serious and well-argued,” Wienk told The Slovak Spectator.

The mathematics of the sale

Fico did not react to media claims that the government had lied when it said it sold 10 million quotas to Interblue Group. According to Sme, the National Register of Emission Quotas, a publicly accessible document, shows that in 2008 Slovakia released 15 million of these quotas. Another document, the Proposal of the State Final Balance 2008, quoted by the Pravda daily, shows that the state Environmental Fund received about €74.95 million for the sale of emission quotas. Fico confirmed this figure as accurate on May 25.

These two figures together would lead one to assume that Slovakia sold its excess emissions quotas for €4.99 per tonne, which is far less than the opposition and the media originally claimed.
The price compares poorly with the price at which Hungary sold its quotas, according to information published by Sme on May 27.

“I can say that as long as I was leading the negotiations, we didn’t even talk to buyers for less than €12 per tonne,” József Feiler told the Sme daily. Feiler served as a department director at the Hungarian Environment Ministry and was responsible for the sale of its emissions quotas until October 2008.

He confirmed than Hungary sold its quotas for slightly less than €13 per tonne. Based on that price, Slovakia could have raised €195 million, not the €75 million it actually received.

“Excuse me, but if some information published, above all, in the Sme daily should be considered as evidence, you cannot be serious,” Fico told journalists in reaction to Sme’s article. He said that information published by Sme is not evidence acceptable to him as, he said, the daily is notorious for lying.

Only seeing a contract which confirms that Slovakia’s quotas were underpriced will be relevant evidence for him, the SITA newswire reported.

“Countries have different approaches to publishing their purchase-sale contracts, depending on how much they care about the transparency of the sale, which will bring the state the highest possible income,” Radovan Kazda, an analyst from the non-governmental Conservative Institute think tank told The Slovak Spectator.

He said the Hungarian price is a relevant number.

“The contract signed by the Environment Ministry is apparently unfavourable,” Kazda said.

Opposition MP Pavol Frešo said that the evidence is clear and that Fico still has a chance to publish the contract and sell the quotas in an international tender that would ensure at least the price the Czech Republic sold its quotas for, which reportedly was about double the Slovak price, the TASR newswire reported.

Frešo said Fico’s reaction convinced him that the public might soon see who is behind the whole case.

“In this case the prime minister doesn’t act as the prime minister of this republic but, so-to-speak until the last breath, tries to defend this dubious garage sale,” Frešo said, adding that Fico’s behaviour vis-a-vis the evidence is for him the strongest indication that “something really stinks in those emissions”.

After his appointment on May 20 the new Environment Minister, Viliam Turský (SNS), published the text of the contract through which Slovakia sold its excess emissions quotas to Interblue Group, a company registered in the US, without revealing the amount of quotas sold, the price at which they were purchased, the address of the purchasing company and the name of the person who signed the contract for the buyer.

The most probable explanation for the ministry’s hesitation to reveal the entire contract is that the sale was unfavourable for Slovakia, Kazda told The Slovak Spectator.

“That means that instead of the state gaining higher income the resources were gained by someone else,” Kazda said. “This, unfortunately, is the standard way of non-transparent sales.”

Zuzana Wienk believes that if the ministry does not publish the key data from the contract, it ties the hands of citizens and the media who want to control how the government uses public resources.

“Whatever the motive is, the fact is that the ministry hinders public control and thus one of the basic attributes of democratic society,” Wienk told The Slovak Spectator, adding that the ministry should not have a problem publishing the whole contract if there isn’t anything suspicious about it.

Fico’s governing coalition partner, Vladimír Mečiar of the Movement for a Democratic Slovakia (HZDS), has also called on Fico to “sincerely admit and publish everything”, Sme reported.

Meanwhile, opposition MPs organised another parliamentary inquiry at the Environment Ministry on May 29 at which time they were to attempt to force the minister to reveal the missing data from the contract and to answer 17 questions about the emissions quotas sale posed by the Slovak Christian and Democratic Union in early May.

According to Kazda, the MPs success will largely depend on the ministry’s willingness to go into risky territory.