A CZECH firm, Beyond Interactive, has been seeking creditors of the low-cost airline SkyEurope through paid advertisements in the Slovak press in order to jointly proceed towards filing a petition for bankruptcy of the company. The airline said it would restrain from comments at this time but added that if it finds that the Czech firm’s solicitation is damaging the good name of SkyEurope, it would take further steps, according to the SITA newswire. 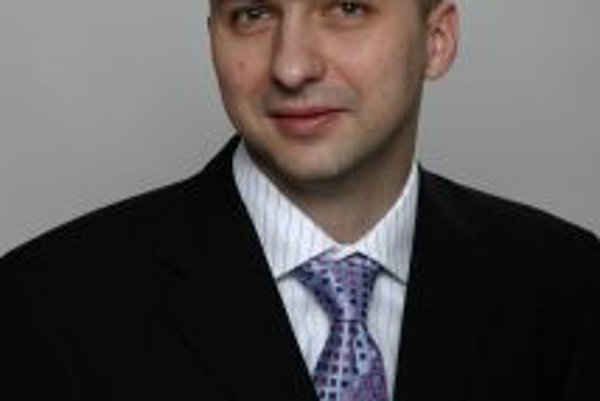 A CZECH firm, Beyond Interactive, has been seeking creditors of the low-cost airline SkyEurope through paid advertisements in the Slovak press in order to jointly proceed towards filing a petition for bankruptcy of the company. The airline said it would restrain from comments at this time but added that if it finds that the Czech firm’s solicitation is damaging the good name of SkyEurope, it would take further steps, according to the SITA newswire.

The Slovak Spectator spoke to Peter Bartošík, an attorney and partner of the law firm B & S Legal, about the legal requirements for a creditor to file a petition for declaration of bankruptcy, the legal steps that SkyEurope may take now, and how a possible bankruptcy would impact the operation of the airline company.

The Slovak Spectator (TSS): What are the conditions for a creditor to file a petition for declaration of bankruptcy?

Therefore, and applying a certain level of simplification, a creditor filing a petition for declaration of bankruptcy must prove that it owns a defaulted receivable and that there are at least two receivables, unpaid for 30 days, which are enforceable, i.e. confirmed by a court. (Debtors tend to avoid voluntarily signing debt acknowledgements because of the inherent negative consequence of the possibility of declaration of bankruptcy). It is interesting to note that a creditor filing a request for declaration of bankruptcy does not necessarily need to be the creditor of either of the two enforceable receivables. Hence, although this is not explicitly stated in the text of the advertisement, it would be safe to assume that Beyond Interactive is seeking creditors who have enforceable receivables, or are creditors who are able to obtain them quickly.

TSS: What are the legal steps SkyEurope may take now?

PB: Even fulfilling the above-noted conditions for filing of a petition for declaration of bankruptcy does not mean that the bankruptcy will be automatically declared by the court. After its receipt, the court will first deliver the petition for declaration of bankruptcy to the debtor and will request that the debtor provides evidence of its payment capability within 10 days. If the debtor is unable to provide evidence of payment capability within this period or within an additional period of 10 days (which the court may grant at its discretion), the court will declare bankruptcy or will appoint a preliminary trustee. The preliminary trustee would in such case be asked to review whether there are sufficient assets to cover the costs of bankruptcy.

Of course, the debtor is able to appeal the decision on declaration of bankruptcy if one is issued.

The statutory representatives of Sky Europe shall also carefully examine whether Sky Europe does not fulfill conditions for filing of bankruptcy petition by the debtor, as failure to file petition for declaration of bankruptcy may create personal liability on their side.

TSS: How would declaration of bankruptcy influence the operation of an airline?

PB: Declaration of bankruptcy has the effect of transferring the responsibility for the operation of the company and for the disposal of its assets to a court-appointed bankruptcy trustee. The bankruptcy trustee continues the operation of the bankrupt company, provided that one may reasonably believe that selling the assets of the company as a whole (or in substantial parts) will generate a higher amount than splitting the assets and selling them individually.

To conclude, the impact of a declaration of bankruptcy on SkyEurope would largely depend on the opinion of the bankruptcy trustee – whether the trustee believes that the assets of SkyEurope when sold as a whole have greater value than the same assets sold individually. Further, continuous operation of SkyEurope after a declaration of bankruptcy would require consent of the owners of assets leased by SkyEurope. Without knowing in detail the structure of the assets of SkyEurope, in particular which assets are owned by SkyEurope and which are leased from third parties, it is not possible to make a prediction on what the decision of a bankruptcy trustee would be.