The aroma of the Liptov region

EVEN THOUGH shepherds are often the targets of not-so-complimentary jokes, they once used to enjoy a considerably high social status among villagers, due mainly to their exceptional knowledge of animal breeding and milk production. 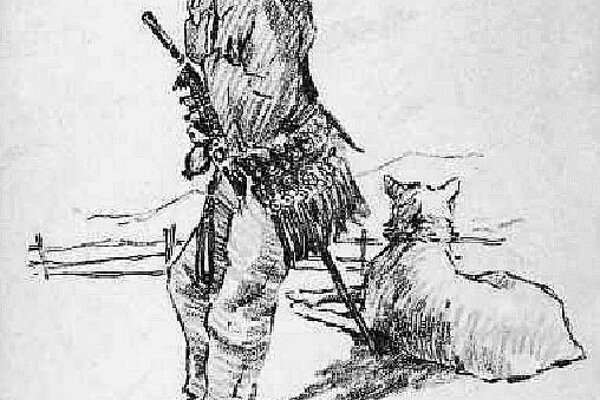 EVEN THOUGH shepherds are often the targets of not-so-complimentary jokes, they once used to enjoy a considerably high social status among villagers, due mainly to their exceptional knowledge of animal breeding and milk production.

In mountainous regions of Slovakia such as Liptov, Spiš, Turiec and Orava, sheep were the most important livestock, being the source of milk, cheese and meat.

Because many villagers had their own flocks of sheep, or at least a few head, and since the animals had to be regularly put out to pasture – nearly every day in the summer season – there was an urgent need for professional shepherds.

These men led the sheep to pastures high in the mountains and often spent several weeks there, completely isolated from society. Sometimes, peasants or their wives visited the shepherds, bringing provisions such as bread, bacon, spirits and tobacco.

Twice a year, shepherds were recruited for their profession according to a very peculiar criterion, namely the quantity of cheese they were able to produce from the milk given by one sheep.

This shepherd wearing traditional Liptov clothing, portrayed in a postcard from 1920 by painter Janko Alexy, hailed from Dechtáre, a village that no longer exists as it was submerged by the Liptovská Mara dam, constructed during the communist era.

Probably the most legendary piece of shepherds’ clothing was the so-called “black shirt”. Since shepherds could rarely wash themselves at the distant places where they stayed, they, or perhaps just the lazier ones, came up with a special method of impregnating their clothes: they first soaked the shirts in hot sheep butter and then blackened them over a fire, in the smoke.

Not only were such shirts waterproof, but they also protected the shepherds against insects and kept them warm in winter and cool in summer.

And who knows, it might have also enabled them to keep wolves at bay: the shirts must have smelled really bad considering that shepherds would continue to wear them until they completely fell apart.