CORPORATE social responsibility is an inseparable part of many companies in Slovakia. But the global economic crisis has forced companies to focus more on fighting off the negative effects of the downturn, maintaining employment and remaining competitive. Though a few companies have had to restrict some of their social programmes, most think that corporate social responsibility (CSR) is even more important now, during the crisis, than in ‘normal’ times. 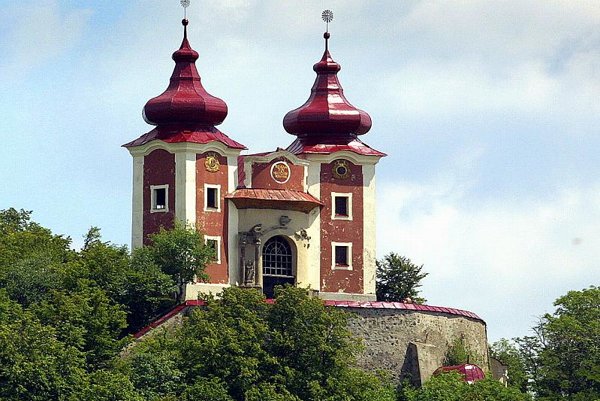 CORPORATE social responsibility is an inseparable part of many companies in Slovakia. But the global economic crisis has forced companies to focus more on fighting off the negative effects of the downturn, maintaining employment and remaining competitive. Though a few companies have had to restrict some of their social programmes, most think that corporate social responsibility (CSR) is even more important now, during the crisis, than in ‘normal’ times.

The Slovak Spectator asked representatives of eight Slovak companies, known for their active policies supporting CSR, whether and how the economic crisis has influenced their activities and what their current priorities are.

Anton Molnár, spokesperson of the Slovnaft oil refinery: Slovnaft understands CSR as a way for managing business activities which integrates economic, social and environmental aspects in harmony with principles of sustainable development that have a positive impact not only on our economic performance but also on our surroundings (employees, partners, customers, the city and region) with a consistent reduction of impacts on the environment via enduring development of human resources, the community and society. It is our continuous obligation to do business ethically, transparently and in accord with CSR principles and to contribute to the economic environment along with improvement in the quality of life of our employees, their families, the local community and, equally also, in society in the broader meaning of this word.

Currently Slovnaft is placing greater importance on costs and efficiency, but simultaneously it is aware of the importance of meeting these CSR principles even now. Slovnaft, even during the downturn, avows these obligations and that is proven by the continuation of its important projects. Our Eco Vision project for the modernisation project of a heating plant with a significant positive environmental impact on the region can serve as an example.

Within human resources, the company has been meeting its obligations towards its employees in spite of the worsened economic environment. Our primary goal during the economic crisis is to keep employment. Because of this we have reduced expenses for sponsoring various events. Despite these reductions, Slovnaft continues to be one of the most active companies in Slovakia in support for sports, culture, education, talents, children and youth as well as other initiatives that benefit the public.

Juraj Kopřiva, spokesperson of the power producer Slovenské Elektrárne (SE): The increased efficiency of SE has influenced our CSR initiatives planned for 2009.

Continuous improvement and teamwork in the last three years led to better operational performance which resulted in sustainable and solid growth in SE’s business results. The income tax of SE in 2008 reached almost €71.2 million and the 2 percent income tax assignation allowed us to channel even more resources into the social sphere.

Our priorities lie in the Five Energies for the Country strategy: Energy for Humanity, Education, Culture, Sport, and Energy for the Environment. Additionally, thanks to our Local Sponsorship programme financed directly from SE's resources, we continue to support over 300 social and philanthropic initiatives all around Slovakia where we operate our two nuclear, two thermal and 34 hydro power plants.

The global financial and economic crisis does not negatively influence this relationship; on the contrary, it confirms that companies must be responsible when carrying out their business activities. Ethical business practices and transparency are primary for us. With regards to our community projects, we are continuing with them this year without any changes.

We continue to support contemporary young art through our competitions in painting and photography; saving cultural heritage, for example the Baroque Calvary in Banská Štiavnica; we organise an educational programme for primary schools with the focus on art; and we are going ahead with support for oncological patients via the charitable payment card Dobrý Anjel (Good Angel) and donations to healthcare facilities.

Boris Gandel, spokesperson of Tatra Banka: Corporate responsibility is not an activity which is being carried out only during good times.

We realize that society perceives a bank not only via its primary goal, which is responsible money-management, but also as a strong institution which can help in socially important areas and that is valid, particularly right now. This is a reason why even more attention should be paid to CSR.

To stick to these principles, in mid June Tatra Banka will offer a new free service to help people better understand their income and expenditures and to get information on taking loans, and thus prevent potential financial difficulties. This Financial Diagnostics service does not have a commercial feature and fits with the CSR concept of Tatra Banka.

Equally, it is necessary to focus attention on education because educated and well-informed persons are able to establish themselves in the labour market and search for solutions in complicated situations. This is why Tatra Banka and the Tatra Banka Foundation support not only educational projects at universities but we have also decided to support, in cooperation with the Integra Foundation, the programme of financial education called “Plan your Future”.

The main aim of this programme is to increase the financial literacy of low-income families endangered by poverty in various regions of Slovakia and provide them with basic knowledge and skills to handle their money and the family budget and to control their income and expenditures.

Tatra Banka’s main CSR areas are assistance to the community via support for education and culture and equally attention to human resources. But we also are not relaxing our efforts in the areas of ethical business-making and environmental protection.

Janka Burdová, spokesperson of land-line telecom company Slovak Telekom: With regards to our long-term strategy in CSR and sponsorship programmes, Slovak Telekom supports primarily physically, socially or otherwise challenged people, communities and informatisation of society. It carries out this support via the Endowment Fund Slovak Telekom. Finances are distributed on the basis of evaluations by independent expert commissions either via a grant system for organisations or a system for individual applications. Last year, the Endowment Fund Slovak Telekom distributed almost €118,300 to support organisational projects and more than €32,500 to support individuals. This year the fund plans to distribute €236,300.

Particularly as a consequence of the financial crisis, expenditures in this area were re-evaluated from the viewpoint of effectiveness of this support and the individual areas which we want to support. But compared with last year, the aggregate financial support will not decrease, but rather increase.

Via this fund Slovak Telekom supports activities mitigating impacts on physically, socially or otherwise challenged citizens and brings in innovations in education via modern information-communication technologies. Last year we supported 55 projects and 63 individuals.

Apart from projects supported via the fund, Slovak Telekom last year also supported a programme of education, the Children of Slovakia Foundation, the European Information Centre, and the help-line for victims of domestic violence.

Richard Fides, Orange Slovensko: As a company sticking to corporate responsibility principles we are aware of our obligations towards the community within which we operate, so we will continue to be devoted to our CSR activities in an intensive and systemic way. This is because we are convinced that the attitude of the company to socially responsible behaviour is important and our company is not changing it in any way.

Also today, during the economic crisis, we consider our activities in this area to be no less important. It is the economic crisis which will show how important it is for companies to seriously and honestly deal with implementation of CSR principles. This is because a responsible attitude can be an effective tool to help many companies to soften the impacts of the crisis.

We especially consider providing top services to our customers and care for our employees to be a priority. Apart from this, philanthropy and charity are traditional areas for Orange Slovensko’s CSR strategy, within which we focus especially on support for education, minorities and regional development.

Andrej Gargulák, spokesperson for T-Mobile Slovensko: The objective of corporate responsibility even multiplies during a crisis. Our priorities for the current year remain unchanged - we continue in activities focused on protection of children on the internet, cooperation with deaf people, volunteering programmes and we are not omitting either our traditional community grant programme, T-Mobile Helps the Community.

The global telecommunications group Telefónica has clearly established areas of CSR and Telefónica O2 Slovakia is gradually taking the priorities over and filling them with content.

Last year we triggered activities supporting safe and responsible usage of mobile phones and computers by children. This year, within the same programme, we have moved into another phase which is support for the launch and operation of a centre for reporting of illegal content.

For the second year we have been cooperating with our parent company, Spain's Telefónica, and its foundation with its volunteering project ProNino, whose aim is to help children in Latin America to get into schools and to restrict child labour.

We also continue assisting children suffering from long-term diseases and who are spending a lot of time alone in hospitals. With the civic association Red Nose – Clowndoctors we have prepared a project called the Line Home through which children in some hospitals can call home or to other relatives free of charge.