New nuclear plant gets the go-ahead

IT HAS BEEN sealed: the construction of Slovakia’s next nuclear power plant will be a joint Czech and Slovak project carried out by the Czech energy company ČEZ and Slovakia’s nuclear decommissioning company JAVYS. 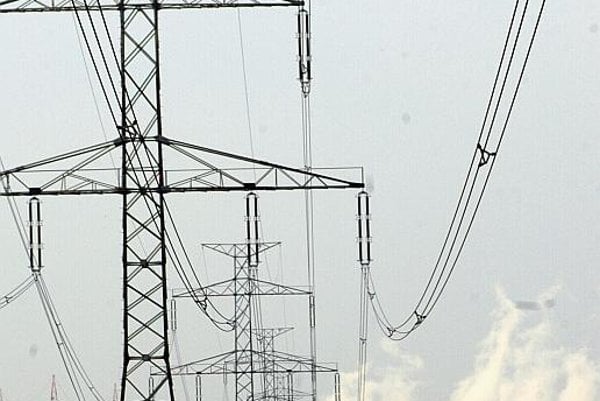 IT HAS BEEN sealed: the construction of Slovakia’s next nuclear power plant will be a joint Czech and Slovak project carried out by the Czech energy company ČEZ and Slovakia’s nuclear decommissioning company JAVYS.

The agreement between the shareholders was signed on May 29 but the public has not learned many of the details of the project since huge chunks of the agreement were still classified at the time The Slovak Spectator went to print.

The ink had not yet dried on the signature page before the deal had its opponents. Environmental watchdog Greenpeace has already turned to Brussels, objecting to the way the Slovak government picked the Czech partner while the country’s opposition parties were objecting to the government keeping most parts of the contract under wraps.

The completion of the new nuclear power plant is planned for 2020.

ČEZ and Slovakia’s Nuclear and Decommissioning Company (JAVYS) signed the shareholder agreement during the fourth European Nuclear Energy Forum in Prague in the presence of Czech Prime Minister Jan Fischer and his Slovak counterpart Robert Fico.

The agreement establishes the framework for a joint venture, which then will plan, build and operate the new nuclear power plant in Jaslovské Bohunice in western Slovakia.

Jaslovské Bohunice is also the home of the V1 nuclear plant, the second block of which was unplugged from the electricity grid on December 31, 2008 as part of its decommissioning process, an obligation Slovakia assumed when joining the European Union back in 2004.

JAVYS will hold a 51-percent stake in the joint venture and 49 percent will be owned by ČEZ.

The role of JAVYS in the project will be to participate in the preparations and the construction along with the later operation of the blocks situated in the locality of Jaslovské Bohunice, JAVYS spokesman Dobroslav Dobák told The Slovak Spectator.

He confirmed that JAVYS is the majority stakeholder in the project with a 51 percent share.
Eva Nováková, spokeswoman of ČEZ, also confirmed for The Slovak Spectator the role of ČEZ as the strategic partner.

“After signing the shareholder agreement, the documents were sent to respective institutions in each country in order to gain the necessary permissions,” Dobák said.

Now JAVYS will carry out tasks such as allocating the agreed property into the new company, for example the land, construction utilities and infrastructure, Dobák added.

“In the shareholder agreement the partners have agreed to use the technology of a pressurised water reactor, which can be licensed in EU countries,” Dobák said.

Other design details will depend on completion of a feasibility study which will assess issues such as the transmission network, the radiological and environmental burden on the locality, access to cooling water and so forth, said Dobák.

The Economy Ministry estimates the construction costs at €4 billion to €6 billion while the preparatory work will require about €232.357 million. The ministry has not yet specified the installed capacity of the project, suggesting that the final decision is expected by this October, the SITA newswire wrote.

“We understand the justified interest of the Slovak public in the information, however, there is an equally justified interest by Slovakia’s business partner,” Nováková of ČEZ told The Slovak Spectator. “Currently there are negotiations and it is our good custom not to comment on those.”

What is known, however, is that foreign capital will be given priority over the two company’s internal sources of capital and lending from a third party will be preferred over an increase in the company's share capital by a third party, the contract states, as quoted by SITA.

The opposition Slovak Democratic and Christian Union (SDKÚ) party announced that unless the contract is published in its entirety, the SDKÚ will initiate a deputies’ inquiry at the Economy Ministry.

“Robert Fico ultimately prepared another secret bill of Sk150 billion [€4.979 billion] to Sk180 billion [€5.975 billion],” SDKÚ deputy Stanislav Janiš told the press. “We say yes to the construction of energy sources but no to pouring the money of citizens into a lobbyist’s black hole.”

Environment watchdog Greenpeace maintains that Slovakia’s whole process for picking a strategic partner for construction of the nuclear plant was non-transparent.

“The Economy Ministry elaborated only an analysis and a proposal of possibilities for the selection of a strategic partner for JAVYS, based on which the government has chosen ČEZ,” Andrea Zlatňanská, energy campaigner for Greenpeace, told The Slovak Spectator.

According to her, the Economy Ministry has said that the newly-created joint company will not only be an investor in the project but will also be an operator.

“Since JAVYS is a company with 100-percent state ownership, we have filed a complaint with the European Commission to scrutinise the way the Czech energy company ČEZ was picked as a strategic partner to build the new reactor in Jaslovské Bohunice without a public tender,” said Zlatňanská.

Greenpeace says that Slovakia has proceeded in a way that is at odds with EU regulations pertaining to procurement procedures in areas of water management, energy, transportation and postal services.

“The Slovak government has picked the strategic investor and the valid legislation has been observed,” said Dobák of JAVYS.

The Economy Ministry has also stated that it was not necessary for the ministry to announce a public tender since the contractual agreement is not for the purpose of carrying out the construction itself but rather for the founding of the joint venture which will carry it out.

The General Director of JAVYS, Ján Valko, has contended that its selection of a partner is not public procurement since “nothing is bought and nothing is paid”, as reported by the Aktualne.sk website.

As for the reaction of ČEZ, Nováková said that from its position the company would prefer not to comment on the issue, adding however that “the creation of the joint company in no way violates Slovak or European legislation”.

Greenpeace said it would prefer government funds to flow into renewable energy.

“The Slovak government is heedlessly rushing into the approval of construction of very expensive nuclear energy projects while the price of construction is increasing worldwide and the time schedules are being stretched; there is no solution to sustainable storage of radioactive waste, but nuclear energy is still being presented as cheap and clean,” Zlatňanská said.

Slovakia’s dominant power producer, Slovenské Elektrárne (SE), has resumed construction of two further blocks, halted in 1992, at its Mochovce nuclear plant. SE officially launched the completion project, which carries a €2.775 billion price tag, on November 3, 2008. At its peak, the project will provide jobs for about 4,000 people and if completed on schedule the two reactor units should be connected to the power grid in 2012 and 2013.

Slovakia relies on nuclear power plants to generate over 50 percent of its electricity supply.