AS IF THE Taliban were not enough, Slovak military police serving in Afghanistan now face a new threat – their personal data, including their home addresses, could have wound up in the hands of their enemies. 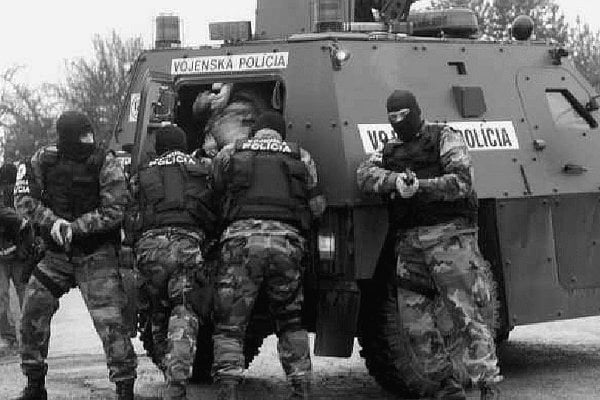 AS IF THE Taliban were not enough, Slovak military police serving in Afghanistan now face a new threat – their personal data, including their home addresses, could have wound up in the hands of their enemies.

The Sme daily in late May received a USB flash drive containing dozens of electronic files concerning personnel from the Military Police Base in Bratislava. The device was allegedly found on March 28 on the main square in the town of Vrbové, west Slovakia, after the departure of a dark BMW 7-series limousine from a parking spot.

The daily informed the Defence Ministry, which has authority over the military police, and turned the USB flash drive over to military investigators. The ministry launched a criminal investigation, and within days spokesman Vladimír Gemela announced they had narrowed the search for the culprit to four people who had access to the files.

“We believe the motive may have been revenge, because we have been making some heavy personnel cuts recently, and 1,500 people have already left the ministry,” he said.

The data on the USB flash drive concerns all of the 100-odd members of the military police base in the capital since 2006. Many of these people have since left the base and are among the 30 Slovak military police now serving in Afghanistan. Given that the identities of soldiers on foreign missions are closely protected, the leak thus represents a security threat, as a Slovak soldier who recently returned from an Afghan deployment explained.

“Imagine that your job is to guard the airport, and one day you are contacted by someone who says he knows where your family lives, and that it would be better for their health if you let a certain truck or individual enter the base the next day,” the soldier told The Slovak Spectator.

The files also contain the names of military policemen heading for other foreign Slovak missions. According to security expert Tomáš Valášek of the London-based Centre for European Reform, the leak of such data has to be taken seriously.

“Even though so far we have not been on the front lines of the fight against terrorism, the fact that the names and personal data of people serving in Afghanistan were leaked into the public domain should concern us.”

But Gemela denied Slovak soldiers had been in any way at risk. “There was no threat whatsoever to these people [whose data was leaked], either in Slovakia or abroad.”

Other files on the USB flash drive related to misconduct and crimes the military police were investigating, as well as details of their secret monitoring of various sites. There was also information on the salaries and education of police officers, and requests for transfers.

“It’s a very serious matter that these files were leaked,” said Béla Bugár, who serves on the parliamentary defence and security committee. “It has to be properly investigated, and at the June 10 sitting of the committee, we will certainly be demanding an explanation.”

“It’s a real screw-up,” said another committee member, Martin Pado of the opposition Christian-Democratic Movement (KDH). “This isn’t peanuts here, it concerns state security. And the fact the USB flash drive was not encrypted or protected in any way is totally irresponsible.”

Committee members for the ruling coalition Smer and Slovak National Party did not respond to requests for comment.

Former defence ministers Martin Fedor and Juraj Liška, both of the opposition Slovak Democratic and Christian Union (SDKÚ) party, said they could not remember such a comprehensive data leak.

“It’s a real embarrassment that these data were lost, and it demonstrates a lack of professionalism among those people whose job it is to protect such information,” Fedor said. “It’s a security risk in that the personal data of members of foreign missions have to be protected much more closely than those of ordinary personnel.”

Gemela said the culprit could face both dismissal and criminal charges. A special team is now leading the investigation, and took evidence from the Sme reporter who broke the story.

“We have narrowed our search down to four suspicious parties who might have been responsible,” he said. “We will be able to determine precisely who it was.”