'The world is watching'

CLAIRE PIERANGELO, the head of the US State Department’s newly created Central Europe bureau, says she has been trying to visit Slovakia since being appointed to her post last August. But her words on corruption, transparency and minority rights come at an oddly appropriate time, given recent events in this country. The Slovak Spectator interviewed her on May 28. 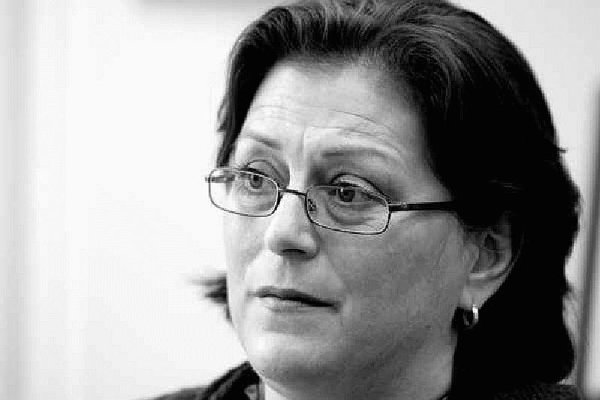 CLAIRE PIERANGELO, the head of the US State Department’s newly created Central Europe bureau, says she has been trying to visit Slovakia since being appointed to her post last August. But her words on corruption, transparency and minority rights come at an oddly appropriate time, given recent events in this country. The Slovak Spectator interviewed her on May 28.

The Slovak Spectator (TSS): The Fico government seems to be producing one corruption scandal after another. In one recent case, quotas for CO2 emissions were sold by the Environment Ministry to a private company for about one third of the price fetched by quotas sold by the Hungarian government. The Slovak administration has refused to say who bought the quotas or why they were sold so cheaply, raising concern that the buyers were people close to the ruling coalition. In another case, a multi-billion crown state contract was won by a consortium close to the ruling coalition; the tender notice had been posted on a bulletin board behind a locked door in a ministry hallway, so there was only one bidder. Would such gross government corruption be possible in the United States?
Claire Pierangelo (CP): A number of countries in central Europe are struggling with corruption, and Slovakia is no exception, even though they’ve made some progress in the last couple of years. Something like this could happen in the United States, sure, it’s not as if corruption never happens, but the important thing is that it’s discovered, that it’s dealt with, and that it’s pursued and prosecuted. The reason this happens in the US is first because you have the media and NGOs as watchdogs, then you have the government, whose role is to enforce ethical behaviour and transparency, and finally you have the judiciary, whose role is to prosecute those who are brought up on corruption charges. Each of these three elements has very specific responsibilities, and the system works best when they function independently. If any one element is not working properly, you’re going to have problems with corruption.

TSS: So what is going wrong in Slovakia? You say that progress has been made in the last couple of years, but from a local point of view it looks as if it’s getting much worse. Not only that, but however much coverage government corruption gets in the press, it doesn’t change the support the government parties enjoy. As if the constant reporting on corruption was having no impact on voters.
CP: I’m not sure I can tell you what’s going wrong, but I can tell you what’s going right, what works or seems to be working here. And I disagree with you – I think the public is becoming more aware of these types of scandals. Certainly the media is doing a good job of reporting it. And we were very heartened by the statements of the prime minister [on May 27] that he wants to continue some kind of specialised corruption court. The corruption court has been very effective over the last few years as an independent judicial body that is charged with going after corruption. It has dealt with over 800 cases quickly, fairly and efficiently. It has been a very important addition to Slovakia’s ability to attack corruption. The prime minister’s statement was in recognition of the public outrage [at the proposed abolition of the court - Ed. note], or rather the public support for this type of effort. The government in many ways is committed to the effort as well, but it has to remember that it is accountable to the people.

TSS: Actually, of the three parties in the government, two are against the court. Those same two parties were members of the 1994-1998 Mečiar government that looted national assets during the privatisation era. So in what sense is progress being made against corruption here? Most indicators show that things are getting worse.
CP: I have to admit, I don’t know the details of the parties and their positions. But it’s an ongoing process, and if the political parties are not supporting the process, then the people have to speak. The problem with corruption is the long-term effects it has on the economy and the government’s ability to function. We’re often asked why we worry about corruption in other countries. The answer is that it has a direct impact on each government’s ability to act, either domestically or internationally, as well as on their international credibility and their ability to attract foreign investment. The long-term impact is also that if you have increasing corruption, you also get the involvement of organised crime, and that’s a serious problem in Central Europe.
Sometimes this may not be obvious internally in a country, but nothing is private any more.
Something may seem like a domestic scandal, but the eyes of the international community are watching everything, whether in Slovakia or in other central European countries. This is especially true in a time of financial crisis, when countries are competing for foreign investment. One of the things that investors look at is where a country sits on the Transparency International list, what their reputation for fairness is. These types of scandal give a very bad impression of Slovakia in terms of its fairness for international investors, or domestic investors for that matter. This is hopefully something that the government cares about, and that it can be convinced by the people and the judiciary to do better on.

TSS: This may be clear to a minority of Slovaks, but the majority seems completely oblivious to corruption as a factor in deciding which party they support. So how do you get this message across to people who don’t already get it?
CP: There will have to be a long-term change in mentality, and that’s where the media, the NGOs and other watchdogs come in, to help educate and to expose [corruption].

TSS: Speaking of changes in mentality, the leader of one of the coalition parties, Ján Slota, recently cursed a female police officer in the most vulgar language possible, and for years has been making primitive public statements about minorities such as the Roma and Hungarians.
CP: There is concern that intolerance is growing in a number of countries in Central Europe with ethnic, religious or other minorities. These are countries that have been in the forefront of democratic evolution, and who we rely on to carry the democratic message further, to places like Cuba or Burma. So it’s worrisome to see intolerance rise in such countries, and the responsibility truly lies with governments to shape the public discourse. You can have all the laws you want, but if you’re not enforcing them and supporting them vocally, they have no effect. So governments have to speak out when minority rights are not being respected, and help shape what the population expects.

TSS: In Slovakia you have the opposite – the leader of a government party who is speaking out in favour of intolerance. What is the impact of such behaviour on public attitudes?
CP: If there is an atmosphere of permissiveness of discrimination, it does set a negative tone. Those in charge need to set the example.

TSS: What would happen to a US politician who made such statements?
CP: If you look at the recent case of Illinois Governor Rod Blagojevich, he was accused of a lot of things, including corruption and improper statements, and he very quickly saw his political support erode, because the people spoke, and he saw the legal system respond to the allegations of corruption. Within a month he was out of power and was facing prosecution. The public took issue not only with the corruption but also the crudeness of his remarks. People were appalled by such behaviour and reacted politically. But we’re much further ahead on these things. We’ve been dealing with human rights and minority rights for a long time. We didn’t deal with them well for a long time. Slovakia is still developing in this area, which makes it that much more important that those in positions of leadership set an example.

TSS: Are other members of the government which includes Ján Slota's party, Prime Minister Robert Fico for example, failing in their roles by not speaking out more forcefully against such statements? What should Fico be doing here?
CP: I would never presume to give advice to the prime minister. He is quite capable of doing his job without it. But there is always something that can be done by anyone in a position of power and influence to set the tone.

TSS: What’s to blame for the rise in intolerance in Central Europe – the economic crisis, or the rise of nationalist parties to power?
CP: That’s a good question, and I don’t think anyone has the answer. I don’t think you can blame the economic crisis for the underlying tensions, which have existed for a while. But in any crisis, tensions get exacerbated, and that’s what we’re seeing now in several countries. And certainly the growth of some nationalist militias has also contributed to the tensions, which in some countries have run ahead of the ability of local law enforcement to deal with the issue. But I think that Slovakia is admitting there is a challenge, and is trying to face it.